#WriteTip: Writing What You Know Versus What You Don’t by Jason Pellegrini

The tendency of writing what you know varies from author to author. Imagination makes countless scenarios possible on the fictitious page, but a degree of crafting goes into creative nonfiction as well. At any given point, writers are in varying degrees of shaping reality based on what they know and don’t know. Jason Pellegrini is here today with his first guest post ever to share his thoughts on age-old advice of writing what you know.

Official Bio:  Jason Pellegrini is a Long Island native. He currently resides in Levittown, New York. His works include Booth and The Replacement.

Writing What You Know Versus What You Don’t

Every writer who has any sought of guidance in order to improve their craft has heard the same few popular phrases when it comes to writing. Guidelines that are meant to help aid aspiring authors to better their work. One extremely popular one is to “show the reader, don’t tell them.” Another one that gets thrown around a lot is to “write what you know.” The latter quote is one I personally agree with fully in one aspect, yet disagree with completely in another. 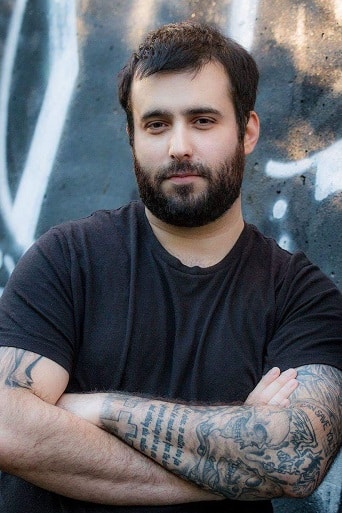 When it comes to writing what you know, I have found out firsthand that there is only so much we can take from our own lives that we can apply to our stories before we have to look elsewhere for inspiration. However, there is also an endless amount of ourselves we can contribute to our stories.

The ability to create is one of the greatest traits one can inherit. I have been fortunate enough to have that creative spark. Throughout my life I have channeled my creativity through various outlets, such as art and music, until finally making the decision to focus all my energy on writing fiction. It wasn’t long before the story ideas were coming to me, and I got to work.

In 2015, I released my debut novel, The Replacement. That was followed by my second release, Booth, in late 2016. Both novels contain content and touch on subject matters in which I know nothing about, and had to research. Yet in both novels there is a part of me I had to tap into to create the believable characters that help grip the reader, and move the story along. 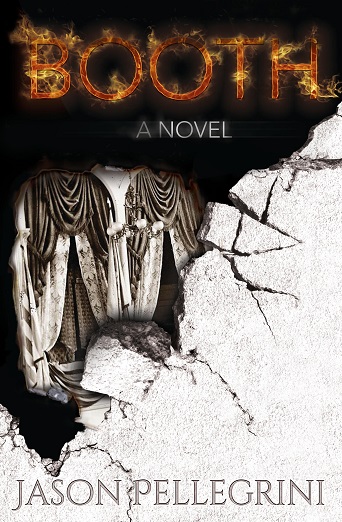 With Booth, there was a decent amount of content I decided I wanted to incorporate into the story that I knew very little or absolutely nothing about. One thing that comes immediately to mind is the death penalty. Having a character on Death Row during the 1990s, I had to do a lot of research on which states allowed the death penalty during the timeframe my story took place, which ones carried out the death sentence by the electric chair, as well as the step-by-step procedure of executing someone via the electric chair. On top of that, I had to do research on trial proceedings for a murder case of the magnitude portrayed in my story. I, admittedly, took a few liberties here and there, but I think all creative liberties an author takes must be grounded by some sense of reality.

One prominent subject matter that appears in Booth that I was completely unfamiliar with is racism. Early on in the creative process I made the decision I was going to have a violently racist character in my story, and, not being a racist in my own life, I had to come to grips with my decision to write into my story a subject that I was not only uncomfortable with, but one I was completely unfamiliar with.

In order to create racist characters, what I had to do is look outwards towards the world. Racism still exists in the twenty-first century, and as much as we would not like to be exposed to it, it’s there if you know where to look. Living in the age of media and Internet is a tremendous benefit to authors, who want to touch on subjects they know very little about. In my case, I was able to take what I had seen in the news, read in articles, and even seen in movies, such as American History X and Gran Torino, and apply it to my creation to portray the character I wanted in the story.

Despite having to sometimes look elsewhere and do some research for our novels, there is still so much of ourselves we, as writers, pour into our work. Characters are the life force of any novel. They are the air that the author breathes into a story that brings it to life. I personally believe that it is the characters that helps drive the story, and not so much the plot—although, an interesting plot is definitely important to a story! To get readers to invest, a writer needs to make their characters believable enough for the reader to invest, and care what happens to them.

What better way to make characters seem human than to draw from personal experiences. After all, writers are all human, and have experienced every emotion there is across the board. If we don’t apply human characteristics, such as emotions, to characters, the reader is never going to truly invest, no matter how interesting a storyline might be. 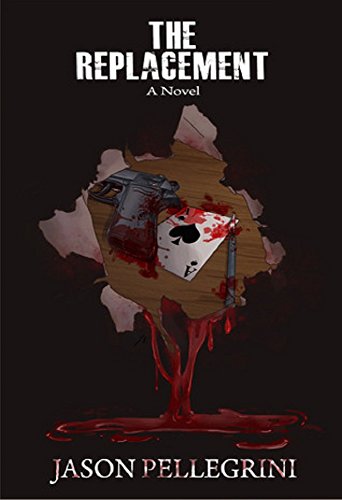 Personally, I believe that the devil is in the details. For those unfamiliar with the saying, I think that it’s the small things in a story that helps bring it to life. My first story, The Replacement, takes place in Levittown, New York; the town where I grew up. In one of the early chapters I paint a picture of the kind of town Levittown is. I did this to help set the mood for the reader. In order to accurately portray that suburban feel Levittown is known for, I drew on the feelings of my hometown that resonated with me.

There’s a specific scene in The Replacement, where my protagonist, Patrick Sullivan, is jogging through the streets, and he thinks to himself that the streets are so winding and confusing that he could live there are twenty years, and find himself on a street that he had never known existed. I gave him that thought, because it is something I have repeatedly thought while driving or jogging through the Levittown streets. It was also something that happened to me right after the release of The Replacement, so I was literally living out the thought inside my own character’s head.

We don’t know everything, and not every author has lived an over-the-top life—like myself. That doesn’t mean we don’t have exciting ideas that we want to bring to life. In order to do that we have to venture out of our comfort zone, and touch upon that we know nothing about until we’ve started our story. Still, there is so much of ourselves that gets poured into our stories that bring the character who the readers are choosing to go on a journey with to life.

“There is still so much of ourselves we, as writers, pour into our work.” @jpellegrini1983
Powered By the Tweet This Plugin

Where do you fall on the spectrum of writing what you know versus what you don’t know?

You can connect with Jason Pellegrini and his social media sites vis his author website.