#WriteTip: Turning a Play into a Novel by Larry Crane

Turning a play into a novel is certainly a great way to expand upon a story and truly get inside the minds and motivations of the characters. Or in the case of pondering whether or not to turn blogged material into a book, many of us have grappled with the intricacies of such transformation. What works well in one written context typically does not readily translate seamlessly to another written context.

While I have not read the play Larry based his new book Missing Girls on, I had previously copy edited his collection Baghdad on the Wabash and Other Plays and Stories. Being familiar with his work as a playwright enabled me to cultivate a more thorough sense of his style and gift in writing snappy dialog and concise description as a novelist. For Missing Girls, I first produced a reader report on an earlier draft. After revisions, I then did a full manuscript critique followed by a copy edit.

During the copy edit, the challenge of incorporating police transcripts and footnote source citations was no small task. Missing Girls is an intricate story, and I tracked time flubs on the style sheet for Larry to address in final revisions. Above all, the big-picture feedback once again drifted back to the need to let the readers in on more of the thoughts of the married couple. Larry rose to the task. It’s a wicked good story.

You can download MISSING GIRLS for free all week long! 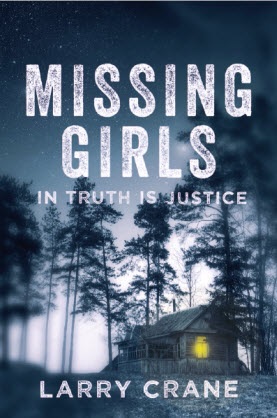 Turning a Play into a Novel: Is There a Richer Story Hiding Out in Your Play?

Take It from Stage to Page

I’ve completed a novel that started out as a play—Missing Girls, it’s called. It started out as a play originally called The Whole Truth when it was staged in New Jersey. Then after much revision, it became Transit of Venus when it was presented as staged readings in Hudson, New York and Portland, Maine. The publication of the story as a novel last month completed a thirty-year gestation period. But the process started out because the play lacked something.

The Forms Are Definitely Different

A play is every bit a story as a novel is, but its effectiveness is more heavily dependent on collaborators—the director, the cast, the set, lighting, sound designer, and stage manager. It goes nowhere without a collaborative process that allows it to emerge. A novelist on the other hand is on his/her own.

Okay, a novelist will undoubtedly call on beta readers, critics, and editors to contribute to their efforts in the realm of story structure, word choice, grammar, character development, and plot to mention a few. They are collaborators too, are they not?

Some will say that the reader of a novel interprets as much or more than a director or an actor does. But, the minute-to-minute performance of a play on a stage—the way the actor speaks his lines, the way he interacts with another actor for instance, affects the story that an audience takes home with them in ways that no reading of a novel can.

Maybe the problem lies in the form you originally chose to tell your story in. Maybe a novelization of it would work better.

#WriteTip: Maybe the problem lies in the form you originally chose to tell your story in @mainelarrycrane
Powered By the Tweet This Plugin

Kick-Start the Project with 30,000 Words Already in the Hopper

You have your play written. Maybe it isn’t all that you want it to be, but you’ve already conceptualized a story and tackled many of the hard parts. You’ve developed a manuscript of 80 pages or more. Now, you’ve decided to venture into uncharted territory. You’re thinking it’s all about fleshing it out, tweaking it, “opening it up”—and maybe most important of all— taking characterization and motivation to a new level.

You’ve done a lot of cogitating. Your story’s structure is probably in place. You know what’s at stake in the story. You’ve already created narrative and character arcs. You know what the climax is. It may change as the novelization progresses but you have a start on it.

Your primary characters already have their voice. Probably more than anything else, you labored over a distinctive voice for each. Lots of the dialog can be lifted right out of the play, as is.

Some of the problems that may be weakening your play are not going to go away so easily. For instance, in my play Transit of Venus, the first scene dramatizes the lead character Marcella’s determination to go into action that is highly risky and dangerous. It certainly got the audience’s attention, but they could never completely buy into Marcella’s motivation for such a drastic act. That single shortcoming pretty much scuttled the play.

I decided to start the novel by directly confronting this motivational problem. And that’s how I found the basis for Marcella’s fundamental impulses. Deep down, I didn’t originally want to get involved with what I knew had to be very messy marital issues. This had been a big problem all the way along with the writing of the play. I didn’t know the details, but as the novel evolved I had to face up to intractable human kinks.

I discovered that in writing a novel, the more difficult it is to provide credible character motivation, the more opportunity there is for creating richer and truer heroes and heroines, never mind antagonists, and the better the story becomes. How can that be? You’re forced to dig deeper and deeper into their spirit until you get it right. Strangely enough, the place in the story where I had launched the play turned into one of the major turning points in the novel halfway through it.

MISSING GIRLS: I didn’t originally want to get involved with very messy marital issues. @mainelarrycrane
Powered By the Tweet This Plugin

In working through the first half of the novel that culminates with Marcella’s big decision— the point at which I had originally started the play— the story lacked an element that the dialog I lifted from the play couldn’t address: what she was thinking all the while. Once I started dealing with that, I found that her thoughts vis-a-vis her words fueled much of the most engaging scenes.

Are you tempted to test the waters of turning a play into a novel? On a related note, have you considered transforming your blog posts into a book? Larry and I would love to have your thoughts on the subject. 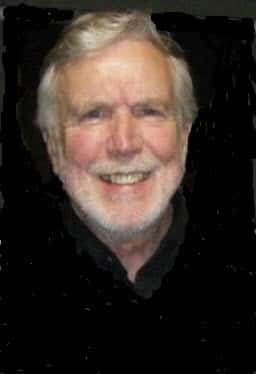 Official Bio: Transplanted Midwesterner Larry Crane brings a Heartland sensibility to his writing. Larry graduated from West Point and served nearly seven years in the Army. He commuted to Wall Street for nearly 20 years from his home in New Jersey, and did much of his early writing on the train. His writing includes articles for outdoor magazines, plays, short fiction, and his thriller novel, A Bridge to Treachery. In his spare time, Crane is a hobbyist videographer for his local Public Access Television Station and is a volunteer at his local historical society. Larry and wife Jan live in splendid isolation on the coast of Maine.

You can connect with Larry and his social media sites via his website and blog. Please consider reading the author interview I conducted with Larry, his guest post How to Publish on Kindle: Revising an eBook, or the review I wrote on his thriller A Bridge to Treachery.

Don’ forget… You can download MISSING GIRLS for free all week long.

The images used in this post fall under fair use guidelines.