#BannedBooksWeek: Should We Ever Ban Books? by A. K. Andrew

Greetings from the Rhine River! This next post for my Oktoberfest series comes from one of my best blogger friends A. K. Andrew. Did you know that hundreds of books are challenged or banned in US schools, libraries, and bookstores every year? Banned Books Week for 2014 takes place this week September 21 -27, 2014. Thanks so much to Jeri for the honor of being a guest on her site. I’m thrilled to be here.

The following information comes from the Banned Books Week website: The event was launched in 1982 in response to a sudden surge in the number of challenges to books in schools, bookstores and libraries. More than 11,300 books have been challenged since 1982 according to the American Library Association. There were 307 challenges reported to the Office of Intellectual Freedom in 2013, and many more go unreported. The 10 most challenged titles of 2013 were:

I’ve not read Captain Underpants, but doesn’t it sound like fun? The  series was banned in some schools for insensitivity and being unsuited to age group, as well as encouraging children to disobey authority – Dear oh dear. We wouldn’t want to encourage children to be independent thinkers and potentially challenge authority now would we?

7 Banned Books over the Decades

The Library of Congress, the world’s largest repository of knowledge and information began a multi-year project called “Books that Shaped America.” All the Books on their list are considered to be ones that have had a profound effect on readers, but have also at some point been challenged or banned. 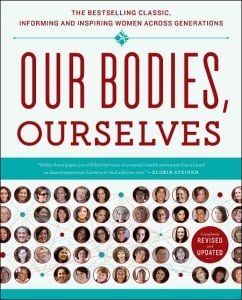 I have chosen 7 books, some of which you will know, to give an idea of how brittle the American psyche can be when it comes to the written word. To be honest, the one that leapt out for me was Our Bodies, Ourselves. I remember reading it in the late seventies, and being astounded at how much information about women’s bodies was finally all together in one place in a readable fashion. Unbelievable that one public library thought it promotes homosexuality and perversion! Ideas of women’s sexuality have changed to a certain extent since the 1970’s, but then here in 2013, the novel  Fifty Shades of Grey made the list!

The Grapes of Wrath, John Steinbeck, 1939

Kern County, California has the great honor both of being the setting of Steinbeck’s novel and being the first place where it was banned (1939). Objections to profanity—especially goddamn and the like—and sexual references continued from then into the 1990s. It is a work with international banning appeal: the book was barred in Ireland in the 50s and a group of booksellers in Turkey were taken to court for “spreading propaganda” in 1973.

Objectors have called this seminal work a “how-to-manual” for crime and decried because of “anti-white statements” present in the book. The book presents the life story of Malcolm Little, also known as Malcolm X, who was a human rights activist and who has been called one of the most influential Americans in recent history.

Again and again, this Pulitzer-prize winning novel by perhaps the most influential African-American writer of all time is assigned to high school English students. And again and again, parental complaints are lodged against the book because of its violence, sexual content and discussion of bestiality.

Subtitled “An Indian History of the American West,” this book tells the history of United States growth and expansion into the West from the point of view of Native Americans. This book was banned by a school district official in Wisconsin in 1974 because the book might be polemical and they wanted to avoid controversy at all costs. “If there’s a possibility that something might be controversial, then why not eliminate it,” the official stated.

Harper Lee’s great American tome stands as proof positive that the censorious impulse is alive and well in our country, even today. For some educators, the Pulitzer-prize winning book is one of the greatest texts teens can study in an American literature class. Others have called it a degrading, profane and racist work that “promotes white supremacy.”

Challenges of this book about the female anatomy and sexuality ran from the book’s publication into the mid-1980s. One Public Library lodged it “promotes homosexuality and perversion.” Not surprising in a country where some legislators want to keep others from saying the word “vagina.”

The works of Chavez were among the many books banned in the dissolution of the Mexican-American Studies Program in Tucson, Arizona. The Tucson Unified School District disbanded the program so as to accord with a piece of legislation which outlawed Ethnic Studies classes in the state. To read more about this egregious case of censorship, click here. 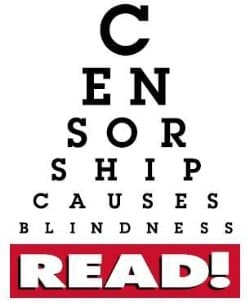 What is the effect of Banning Books? Does it succeed in keeping Books out of Peoples hands?

We have heard of book burnings in countries outside of America, most notably in the 20th Century in Nazi Germany. But frankly I was shocked at the extent of the challenges or outright banning of some of the material in the US. It is particularly damaging to children who do not necessarily have the means to otherwise get the material if not through school or the local library. And of course for many, books not in the library are just unaffordable. Therefore by banning books, we are in effect potentially discriminating against children, the poor, elderly and disabled, depriving them of their right to read what they want.

That said, some of the biggest challenges to books that are being banned have come from children themselves in schools who have protested – very loudly – about its unfairness. 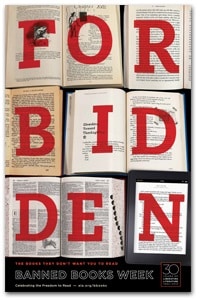 The Banned Books website talks about “heroes” who have stood up for the freedom to read, many of them children. One of the dedicated group of students fought to keep “he Perks of Being a Wallflower in schools was Carly Blaser in the Glen Ellyn School District Ill.

This was her response regarding the challenge.

“I heard about the book being challenged through kids just talking about it in the hallway, and I didn’t really know if it was true until my friends Cate, Nicole and Olivia asked me if I wanted to sign the petition and be part of the group to try and save the book. This book really changed me and I didn’t want to just stand by and see it be ban, when it could save so many kids.”

Inspiring stuff, I have to say. Perhaps in trying to prevent children from challenging authority, the effect has had the exact opposite effect

Should We Ever Ban Books?

My gut reaction is no.  I find myself wavering at times when it comes to writing that incites hatred. However, that argument immediately falls on shaky ground from the perspective of freedom of speech that the majority of the people in the US take very seriously. It is our right under the First Amendment. And rightly so. It’s vital that people’s views in written material are uncensored, and that everyone have access to as much diverse material as possible, rather than it being filtered to only present one viewpoint. I believe the intellectual freedom we have in America is essential and we should challenge it, wherever it is threatened.

Do check out the Banned Book Website, and find out how you can become involved and what might be happening in your community during banned book week.

What are your views on the issue? Is there ever a case where a book should be banned in the country in which you live? What books have been challenged or banned by schools in your area?

A. K. Andrew is a novelist currently looking for an agent for her novel Under the Bed. You can find A. K. at her website. If you enjoyed this post, then come and check out her blog, which posts every other Monday. You can connect with her on: Twitter  | Facebook | Pinterest | Scoop.it

The cover of Our Bodies, Ourselves and A. K. Andrew’s author photo are for promotional use only and comply with fair use guidelines.