#WriteTip: Be Specific When Writing Reviews

Let’s consider what it means to be specific when writing book reviews and other product reviews. Great review writing is certainly an art from and something I take quite seriously. Practically anyone can post online reviews, which is a great thing. But too often reviews lack balance. Not to mention a three-star review is now often viewed as being negative rather than average thanks to mysterious algorithms. Or, in the case of items like banana holders, Amazon is full of parody product reviews. So what, if any, stock should consumers put into customer reviews?

We’ve all seen our share of one star reviews boldly proclaiming, “Worst book ever!” “Hated it!” “Totally sucked.” “Terrible!” At the other end of the scale, just as many five star reviews give enthusiastic praise, such as “Best book ever!” Loved it!” “Totally awesome!” “Fantastic!” The overstated examples above highlight the need to back up statements with specific support. 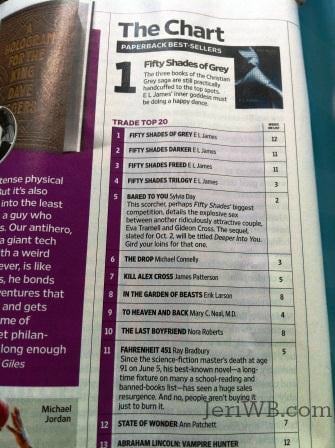 Bad sex. “Down There?” are you kidding me? It’s called a vagina. Grow up. This book most likely intrigues bored housewives and hormonal teenagers. If the author was aiming to give that demographic the tingles she most likely succeeded. However, a book that it 70% sex should at least be good sex.

And oh, the repetition…and the repetition…and the repetition. I’m convinced the author has a computer macro that she hits to insert one of her limited repertoire of facial expressions whenever she needs one. According to my Kindle search function, characters roll their eyes 41 times, Ana bites her lip 35 times, Christian’s lips “quirk up” 16 times, Christian “cocks his head to one side” 17 times, characters “purse” their lips 15 times, and characters raise their eyebrows a whopping 50 times. Add to that 80 references to Ana’s anthropomorphic “subconscious” (which also rolls its eyes and purses its lips, by the way), 58 references to Ana’s “inner goddess,” and 92 repetitions of Ana saying some form of “oh crap” (which, depending on the severity of the circumstances, can be intensified to “holy crap,” “double crap,” or the ultimate “triple crap”). And this is only part one of a trilogy…

The socially stunted and immature characters failed to engage me on any level. The two main characters are so emotionally juvenile that the book often reads as though it were written by a high-schooler. There is also no plot of any sort, which I tend to require in a book, yes – even when it’s erotica. The dialogue is ridiculous – stilted and forced to the point of nonsense. The heroine is an English Lit graduate, and she talks like a 12 year old.

Fifty Shades of Grey is set around a college campus in Washington state. That’s America, y’all. So the charming British-isms that James thinks make her sound like a high-minded writer (living in London though she is) are incongruities. Eighteen-year-old American co-eds do not “phone” their roommates – they “call” them. They should be making “dinner,” not “supper,” and they certainly should not be ordering their tea “bag out.”

I’ve read several self-published stories that started out as fanfics, before the authors re-worked them into original fiction. They always falls flat because these stories may make sense in the fandom universe they were created for, but don’t have the strength to stand on their own. There is not enough going on in FSoG to make a convincing story because nothing really happens. 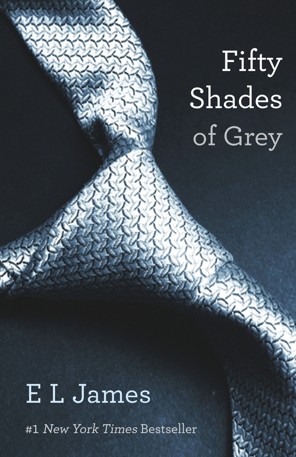 Lesson Learned: If you want to write helpful book reviews, be specific!

In case you missed it, make sure to check out Book Review Etiquette Tip #1 and Book Review Tip #3. This post has been re-posted from 2012 in order to bring it before newer readers.

Do you write product reviews? How much do you rely on reviews when deciding to make a purchase? What do you look for in a helpful review?

The images uses in this post are for promotional purposes only and comply with fair use guidelines.