All manuscripts will benefit from a proper critique where the editor leaves suggestions on every page. Yet, a professional critique comes with a price tag not within everyone’s budget. Many writers rely on critique partners or beta readers, but the level of feedback can vary widely. My full manuscript critiques are accompanied by a 3-5 page overview letter that highlights strengths and weaknesses in the story. I am now offering a stand-alone reader report for the most budget conscious of writers.

My current rate schedule for various editing projects quotes fees based on every 1,000 words. When requesting a reader report, clients get insightful big-picture feedback. Keep in mind it’s not a detailed editorial report. Those run many more pages. My aim is to provide a user-friendly, yet critical document that can help with revisions.

I would like to thank my client Mandi Castle for allowing me to post the reader report letter I wrote after finishing a full critique of her new release Dear Stephanie. SPOILER ALERT: Be forewarned this letter does give away some important plot points!

I am now offering a stand alone reader report for the most budget conscious of writers. #Editor
Powered By the Tweet This Plugin

This overview presents the most notable reactions encountered during my critique of your manuscript Dear Stephanie. While critiques are somewhat subjective, the commentary I’ve provided reflects my professional assessment. The less a reader pauses to question the story, the more immersed they will become. My goal is to voice concerns a general reader might notice in passing, but not be able to fully articulate. The feedback provides possible ways to improve the story, but ultimately, you must decide what advice to disregard or heed.

Numerous questions and ideas will arise as you plan your revisions. Consider adding on to the comment bubbles already present in the Word document as you read my suggestions. The document I am returning to you contains 243 pages rather than 265 pages since I removed the extra spacing between paragraphs.

Your book certainly has a lot going for it, some of which I’ve listed below. 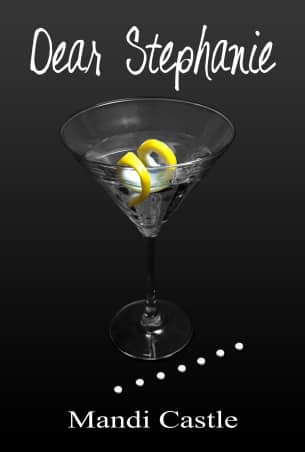 The following list represents the biggest stumbling blocks readers are most likely to encounter while reading the story. The first issue noted below involving the two murders committed by Paige is the only issue which could be deemed detrimental to the overall readability of the novel. 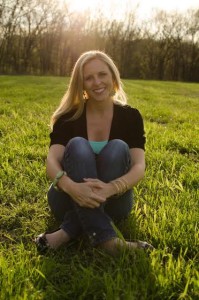 In our communication, you mentioned the possibility of a second book told from Blake’s point of view. Would you intend to have his story start where Paige’s leaves off, or would it be a re-telling of the events covered in the first book? To make Paige a murdering psychopath does little to shed light on the struggle those with mental illness face. In a way, having her succeed in committing suicide also plays to the notion that mental illness is incurable and untreatable.

Granted, I will readily admit I didn’t want her to die at the end of the story. A sequel could indeed be told from Blake’s POV, and a possible third book could even be from their second child’s perspective. Envisioning future books will also aide in the path of revision you take here.

On a final note, after content revisions and you are ready to attend to the sentences in your story, think about if you would prefer all of the journal entries to be written in the simple past. Right now, they occasionally veer into the present tense. We will address this when the time comes. Also, the find function can always be used to locate instances of passive voice so stronger verbs can be added as needed when you revise. Other than that, keep in mind the critique only address story elements. It does not address issues of language use or fix errors in proofreading.

Once again, thank you for letting me critique your story. Take all the time you need to digest this letter and the comments I made on your manuscript. A follow-up consultation is included as part of the critiquing service. It can either be via phone, video, or email. Allow me to request a list of your most pressing questions in advance regardless of the format you choose for the follow-up.

I will hold a spot open for your copy edit on my calendar. Revision timelines inevitably vary and suffer setbacks. Just know I will do my best to accommodate your desired month for the copy edit. Please note I will be unavailable September 12-28. Availability may also be impacted by other projects, but as long as you keep me in the loop, I can fit you in.

Can’t afford a full manuscript critique? Why not consider a stand alone reader report instead.
Powered By the Tweet This Plugin

I am always open to suggestions. As a fellow writer and blogger, what appeals to you or causes concern about this type of reader report? Editorial expertise aside, what sorts of things set triggers off for you when reading books in need of more polishing?