Compiling a literature anthology is no easy feat, and Denise Baer is here to share the process she went through in compiling the newly released poetry anthology from her imprint Baer Books Press. Over the years (yes, years!), Denise has been a familiar face on this blog. It’s been exciting to watch her grow as an author, publisher, critique partner, client, and friend. I highly recommend her book formatting services.


Working Together to Squash Violence

Countless acts of violence occur each day throughout the day. Every time I read or watch any news networks, the reporters are discussing something tragic in the world. It’s sad and depressing what humanity does to one another.

It makes me mad. It made me want to do something. To make this world just a little bit better, so in April (National Poetry Month) I started accepting submissions for a violence anthology to publish through my imprint, Baer Books Press. All poems were to be about some type of violence, and I decided to accept all submissions. I didn’t want to filter out anyone’s pain or feelings. The original deadline was May 31, but by the beginning of May, I only had a handful of poems, which made me extend the deadline to June 30. Toward the end of May, I received many poems from new and seasoned authors. These poems were from personal experience, thoughts, and/or feelings about violence. 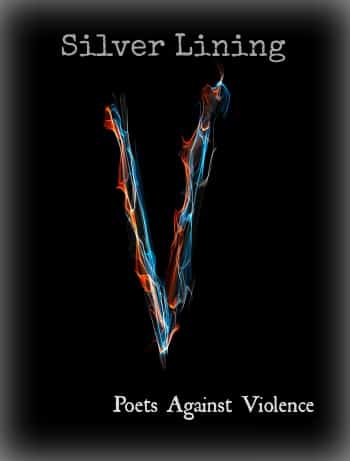 After the deadline, I sent a Word document requesting information from the poets, such as bio (150 words or less), copyright information, whether they have full rights, title suggestions, pictures, and 75 words or less describing why they wrote the poem. I asked that they answer the questions in the same document. One thing I have to say when working with multiple people is you have to be patient. Some people are more experienced with submitting information, and some people don’t work on computers that much. I also was working with people from other countries, so a few might have misunderstood my original requests. In other words, it took me a while to collect the correct information from everyone. Either the bio was too long or it was incomplete.

As I was receiving the information, I noticed that a couple of poets submitted poems without fully understanding what the anthology was about, what they would get in return, and that the proceeds would go to a charity. Between resubmitting requests, I fielded emails regarding questions about payments, and one confused person forgetting she ever submitted a poem. She actually asked who I was and what she submitted.

I had another poet get upset because I wanted some clarification regarding what he sent me. He accused me of not reading his submission information, not understanding copyright, and wanted to withdraw his poem. To relieve myself the burden of any future arguments, I immediately accepted the removal of his poem. A few other poets weren’t making it easy for me in the collection process, so I had to let them know that I could no longer use their poem in the anthology. In the end, I wound up with 35 poets, including me, and 63 poems. 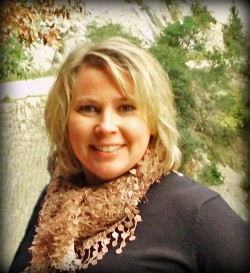 This was my first anthology, and the poems really moved me. They’re about dimensions of violence; domestic violence, bullying, murder, and suicide and mental illness. Since this anthology was a collection of many poets’ works, I had them vote on a list of titles I collected from them. As soon as we came up with a winning title, Silver Lining – Poets Against Violence, I went to work on the cover.

I wanted to do something different instead of just putting the poems in the anthology. This was going to be an emotional anthology; therefore, it needed some personalization. Before each poem, the reader will find an explanation by the poet as to why they wrote it. I had all the poems in a separate folder, which I began to format with the explanation at the top, the formatted poem, a picture, and bio. If there isn’t a picture with the poem, a flourish or picture separates the poem from the bio. While formatting the poems, I collected and altered pictures for each poem.

After I formatted all of them, I created the main document to include a linkable table of contents. I also made a separate document with a list of the copyright information consisting of poem, copyright year, and the poet’s name. I had a folder of all the requested information received from the poets, so I could easily retrieve what I needed. Then I created another sheet for all acknowledgements, including the creator of the images. As I began to add the poems to the main document, I linked them to the table of contents, while filling in the copyright and acknowledgment sheets. When I completed the poems, I crosschecked to make sure all poets and poems were on the table of contents, copyright page, and image sheet.

After the book was put together in Word, I created an HTML document and began formatting it for Kindle. There are so many different Kindle devices out there, that it makes formatting a bit more difficult. On some devices, the copyright table was off the page. On the HD’s, the pictures were large, but the Kindle e-inks had small pictures.

To fix the copyright page, I removed the table, placed the list at the end of the document, and linked “Authors” from the copyright page to the list. I also put a “Top” link to bring the reader back to the copyright page. I thought this was best so the reader wouldn’t have to swipe past several pages of copyright information to get to the table of contents. I made sure the pictures were of average size, so they wouldn’t be extremely small. Since the HD readers allow the pictures to be clicked on, I was okay with them being smaller than the e-ink Kindles.

The process in tweaking the documents is tedious. I fix the issues in HTML, and then convert the HTML document to MOBI in Calibre. From there, I add the book to the Kindle Previewer, and go through the book on all the devices to see about changes. This process took me a week of many hours tweaking the pictures, aligning the poems, making sure the fonts were the same, and then doing it all over again to look for anything else that needs fixing.

Once I finally had it the way I wanted it, I e-mailed it to my regular Kindle e-reader to view on there. When I was satisfied, I uploaded it to KDP, and submitted it a day before I had planned publication to allow for review.

Working on this anthology was rewarding. I was able to meet many people, get a glimpse of them through their words, and give toward a charity that is trying to rid the future of violence. I hope this anthology moves readers, and I thank them for their contributions toward a great cause.

Is there anything else you’d like to know about compiling a literature anthology? Can you offer any further tips? Have you been featured in one?

You may also be interested in the author interview I posted on Denise, or the review I wrote of her novel Net Switch, as well as the review I did of her collection of poetry Sipping a Mix of Verse.