Fear not you self-proclaimed non-lovers of poetry. While I could take you through the process of how to write a variety of different poetic formats, I know many of my regular blog readers aren’t regular poets. With that in mind, I want to honor the spirit of National Poetry Month during April by including poetry-themed posts of use to all writers. Even though you might not fancy yourself penning lofty lines of poetry, good writing can and should make use of poetic elements. Aiming to write more poetic prose will only add additional polish to your stylistic efforts. 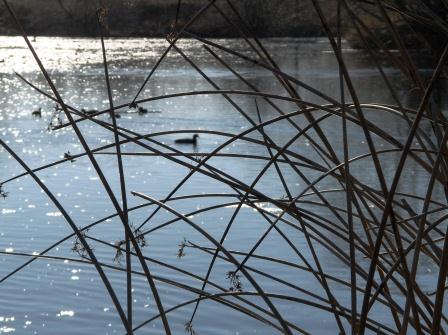 The term prose encompasses the ordinary language used in speaking or writing. While every writer’s style varies, their point is still made using mostly standard conventions for writing sentences and paragraphs. On the other hand, poetry (also known as verse) typically employs artistic line breaks and a definite focus on the rhythm or meter of the words. Even people who may struggle to define poetry, often know poetry as soon as they see it or hear it.

This list is by no means exhaustive. It merely provides a starting point a writer can use to make a concentrated effort at writing more poetic prose. In general, a figure of speech is the use of language in a nonliteral sense (hyperbole, metaphor, metonomy, oxymoron, and simile)  to create a particular effect which often also employs the poetic sound devices (alliteration, assonance, consonance, and onomatopoeia) listed here. I’ve included parallel sentence structure on this list because of its ability to add rhythmic effects to prose.

Her dainty daughter demanded another piece of candy.

#2: Assonance: Repetition of a vowel sound.

All of his moaning and groaning over mowing the lawn fell on deaf ears.

#3: Consonance: Repetition of consonant sounds, but not limited to first letters.

The constant gusts of wind reminded everyone that wearing a hat in such blustery weather was a must.

#4: Hyperbole: A figure of speech which uses a deliberate exaggeration.

I’ve told you a million times.

#5: Metaphor: A figure of speech that makes a direct comparison between two unlike things, without using the word like or as.

Life is a highway. 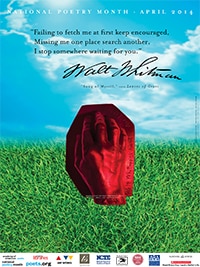 #6 Metonymy: When a thing or concept is not called by it own name, but rather by the name of something associated in meaning. It’s closely related to synecdoche which occurs when something is substituted for the whole. Numerous other subsets of metonymy also exist.

METONYMY: The cup is quite tasty. (Cup can stand in for coffee, tea, etc.).

SYNECDOCHE: I used to drive a nice set of wheels. (In reference to the Mustang I once owned.)

#7: Onomatopoeia: The use of words that imitate sounds.

The chirping of the birds competed with the beeping of the alarm clock every morning to rouse the child from bed.

#8: Oxymoron: A condensed form of paradox (a statement that seems contrary to common sense, yet may be true) in which two contradictory words are used together.

He felt such sweet sorrow after giving his girlfriend an original copy of his poem.

#9: Parallelism: The grammatical balance of a sentence concerning similarity of words, phrases, or clauses in a list or series. It helps create a rhythm that is pleasing to the ear.

NOT PARALLEL: I enjoy reading memoirs, to go the the movies, and editing videos.

PARALLEL: I enjoy reading memoirs, going to the movies, and editing videos.

#10: Simile: A figure of speech that directly compares two things by using like or as.

The dog approached the horse like a timid crab cowering in its shell.

When attempting to use these various tips for writing poetic prose, be wary of overuse. As with all things, a little bit can go a long way. Don’t be that person who decides to make every other word alliterate. It’s always a wise move to try to steer clear from cliches (overused expressions).

What would you add to this list? Can you think of any of your favorite writers whose prose strikes you as being on the poetic side?

Permission must be granted by JeriWB to use the duck pond image in this post.

Article by Jeri Walker-Bickett aka JeriWB.