#EditTip: Picking a Point of View

Picking a point of view (POV) to tell a story from can make or break a novel. The question of which character is telling the story and why matters to both readers and writers, not to mention that choice creates a domino effect within the book that impacts many other literary elements. When point of view is handled well, nobody notices. When botched, the effort sticks out like a sore thumb.


Picking a Point of View: Choices!

Improper handling of point of view is one of the most frequent issues I come across when working with clients, not to mention issues with picking a point of view tend to plague a fair share of books by indie authors that I’ve read and reviewed over the years. That’s not to say traditionally published books never fall victim to such problems. After all, I must have rolled my eyes countless times when Fifty Shades of Grey’s Anastasia Steele’s thoughts were italicized even though the story was already being told from a first-person point of view. (Read my book review here.) 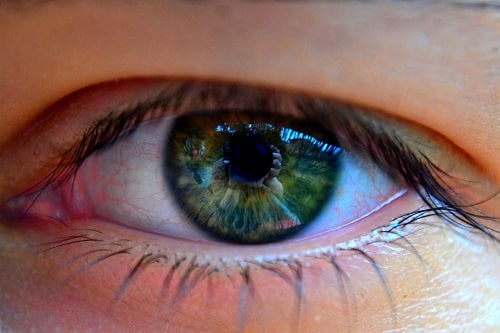 Plenty of sources have already defined point of view in great detail. Here’s a quick refresher:

Problems arise when writers start to create mash-ups that employ elements of these different points of view simultaneously. An all-knowing viewpoint used to be more popular, but has since given away to a greater use of first-person, and the most popular third-person limited. At the very least, it can be very trying for a reader to follow changes in point of view when they occur in the same scene–let alone the agony of when it occurs within the same paragraph! Head-hopping tends to make for a disorientating reading experience except when employed by the most skillful of writers. It’s better to focus each scene on a single viewpoint, or better yet, only switch perspective with a new chapter when compelled to tell a story from multiple characters’ perspective.

Definitions aside, I often find myself wondering what drives writers of all experience levels to misuse point of view. Part of the problem lies in the cinematic way most of us tend to picture stories in our minds. Our moving visions shift from scene to scene much like a camera. However, images in a film are rendered from an objective viewpoint (unless a pesky voiceover comes in). Words on a page simply cannot convey what a camera can, nor should they.

Inexperience in picking a point of view and sticking with it is more often than not the case. In the end, awareness is key. However, many popular books provide exceptions to every rule. Yet, perchance to sound like a hypocrite, we’ve all heard the saying that it’s necessary to learn the rules before breaking them.

#EditTip: Take care when picking your story’s point of view.
Powered By the Tweet This Plugin

What point of view issues have you encountered as a reader or a writer?