The Magic of Learning a New #Language

WRITERS COMBINE WORDS so they flow well together. It becomes so natural that we forget how our language operates. I have to admit that pronunciation was never something I thought about until I met ‘the German’—my husband. Now that I am venturing into learning a new language, I’ve become more aware of the enunciation and grammatical aspects of my own language.

In 2008, my now husband and I met. We never thought we’d find our soul mate, sitting 5,000 miles away on the other side of the computer screen, typing out the words we felt in our hearts. But that’s a whole other story. My husband was able to speak and write English, but we didn’t hear each other’s voices until six months later.

During our getting to know each other phase, and even now, I realize how much language guides us on how we pronounce a word. Germans enunciate every letter of a word, even the words that are similar or the same in English. In the English language, the ‘k’ is silent in knee. In German, knee is Knie (Ka-nee). The stress is in the beginning of the word. German words also have a tendency to be quite long. The English word ‘probably’ is wahrscheinlich (Vahr-shine-leek) in German. The ‘W’ is pronounced as a ‘V,’ the ‘sch’ is pronounced as ‘sh,’ the ‘ein,’ is pronounced as ‘ine,’ and ‘lich’ is a soft leak with a furious cat sound at the end.

Maybe I’ll get some giggles when I give a few examples of how my husband mispronounces English words. My husband has read this and is a good sport about it. This is about showing how languages guide us. 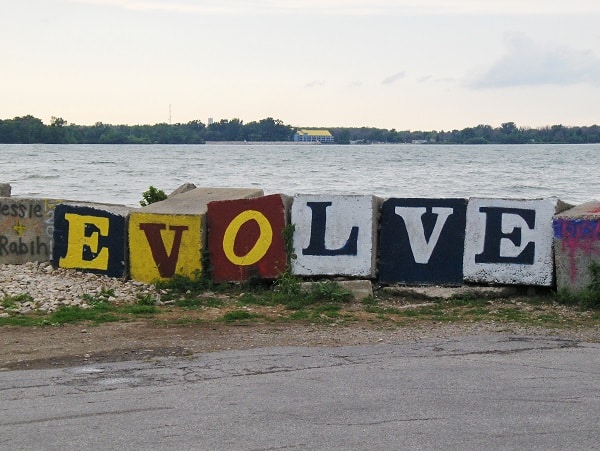 One day, my husband was talking about some colleague he worked with and as he was telling me about this colleague, he happened to say, “We had a Diss-cra-pansy.” Because I couldn’t decipher the English word, I stopped him and asked, “What is a Diss-cra-pansy?” He told me it’s when someone has a difference of opinion from another. When someone doesn’t see things the same way as the other person. A light went on followed by a laugh. I said, “You mean Discrepancy (Diss-cre-pin-see).” In English, we do enunciate all these letters, but the stress is different and it changes the word. We had a good laugh with that one. I still use his pronunciation when we have a difference of opinion.

Here is another example of language dictating words. In Illinois, there is a town south of Chicago called Kankakee (Cane-ka-kee). When my husband first said it, he pronounced it with the stress in the beginning as (Con-cocky). There are some English words, not used often, that he still approaches in a German way.

It was my turn to learn another language, and being a native English speaker, German is difficult to learn at the tender age of *clears throat* forty-four. I was living in Germany for three weeks when I enrolled in a class that met twice a week for three hours—TOTAL IMMERSION! This meant that the entire lessons were in German. If I was confused, I had to figure it out myself or ask my husband. So I sat every Tuesday and Thursday, like a deer caught in the headlights, with others from around the world. Sri Lanka. Poland. Russia. Afghanistan. Ukraine. Romania. And the American. After two semesters with my teacher, who wouldn’t allow people to absorb what she asked, would laugh at them, or would tell me to ask my husband to explain, I decided to do it on my own. I already had been learning it on my own, so I joined a free language-teaching site called Duolingo. 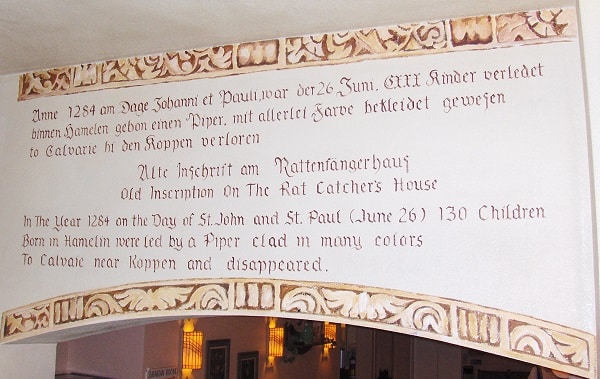 To show a little of my suffering, I thought I’d touch on a few basics. The English language uses three articles with nouns: a, an, and the. I have to admit that I forgot these were articles. I use them in everyday language, in writing, and it never occurred to me to refresh my memory as to what ‘a,’ ‘an,’ and ‘the’ mean. German has three articles also: das (neutral), der (masculine), and die (feminine), but they all change to ‘die’ when the noun becomes plural.

In this sentence, one girl eats vegetables. The article for girl is ‘das’ (neutral) and the verb is ‘isst.’

In this sentence, there are many girls eating vegetables. Since there is more than one girl, the article changes to ‘die’ and the verb changes to essen.

Every verb changes with the singular and plural forms. Here’s a quick breakdown of the verb essen (to eat):

Another snag I’ve come across are cases. Cases? I thought those are what attorneys work on. English has rid most cases, but the three that exist function for the noun and pronoun. We have the subjective/nominative (he), and then the objective/accusative (him), and the last is possessive/genitive (his). German has four cases: nominative, accusative, dative and genitive, which change the ending of the noun, and of course, the article adding a few new ones along the way (dem, den, dessen, etc). Since I’ve lost the whole notion of cases, and assume I know my sentence structure, I now have to remind myself what is the subject, direct object, possession, and the German dative, which is the indirect object. So not only do I need to learn the articles of nouns, the six verb changes, but I also have to remember what the function is of each word. The only thing I have going for me is spelling. I was always a great speller, and it seems to have rubbed off in German too.

My name is Denise and I am from Chicago. I write books.

Please feel free to share an experience you’ve had when it comes to learning a new language.

Permission to use the images in this post must be granted by Denise Baer.