As a former educator, book censorship and banning books is a topic near and dear to my heart. In the past, I’ve celebrated Banned Books Week in September by inviting guest posts and also chiming in on topics such as What is Age Appropriate Literature? I’m pleased to be able to add today’s guest post that discusses fatwa and free speech. If you aren’t familiar with the term, fatwa is a legal opinion or decree made by an Islamic scholar. It’s not necessarily a death sentence as was the case with Rushdie.


Offical Bio: Julia Whitmore writes and teaches yoga in Eugene, Oregon. A quarter century ago she chose that most zen of professions, running a household, over a career in law, and hasn’t looked back since. She is a member of the Oregon Writers Colony, has been published in Oregon Quarterly magazine, and is editing her first novel.

“We live in a time of discovery about how we function,” she writes, “and how often we are misled by our brains.” She explores this theme in her writing, her blog “Scribbler’s Playhouse,” and in life. She teaches yoga to kids in jail, skis, plays music with friends in a hobby band, gardens, volunteers for the public library and other causes that promote education. Writing, she says, brings joy and structure to a fast-changing world, and she loves connecting with and learning from other writers online. 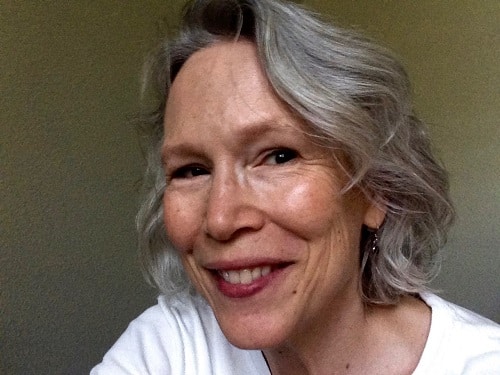 In November, 1997, Salman Rushdie called spy novelist John le Carré a “pompous ass.” Le Carré shot back in a letter in a British daily newspaper that Rushdie’s “way with the truth is as self-serving as ever.” Essayist Christopher Hitchens joined the fray, writing that Le Carré, “having relieved himself in his own hat, makes haste to clamp the brimming chapeau on his head.”[1]

Eight years earlier, Iran’s Ayatollah Khomeini had declared Rushdie’s book The Satanic Verses blasphemy and issued a fatwa, ordering Rushdie’s death. Instead of joining the chorus of condemnation of the fatwa, le Carré wrote, “I was more concerned about the girl at Penguin books who might get her hands blown off … than I was about Rushdie’s royalties.” Fast forward to 1997. Le Carré is labeled an anti-Semite in The New York Times, and complains that this is unfair. Rushdie responds that it would be easier to sympathize if le Carré had been more sympathetic to Rushdie in 1989.

Thus, too, the kernel of our debates today about free expression. When is the risk of offending worth writing what you believe to be true, or even writing simply to entertain? What if that writing brings bombings and murder?

I haven’t read The Satanic Verses. It didn’t sound as interesting as Midnight’s Children, the novel that won the Booker prize twice, and vaulted Rushdie to international fame. Maybe I also feared a fatwa on my own head. That’s the trouble with censorship. It warps the way you think.

In any event, Midnight’s Children hit me like a train. I couldn’t put it down. 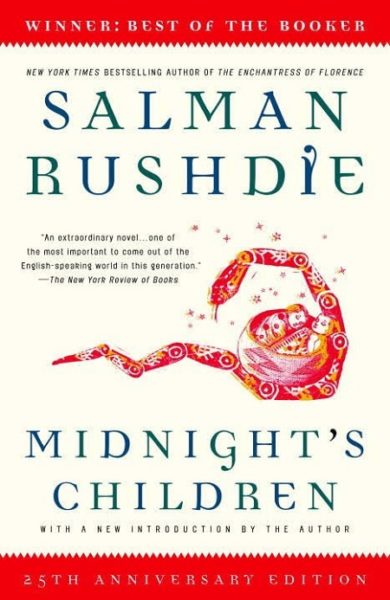 I read it just after setting out to learn the basics of fiction writing. Here I was studying four-act structure, how every story follows a formula; and here was this rambling tome with eighty-seven fictional characters. It was like being handed the keys to Einstein’s Theory of Relativity while trying to absorb Newton’s Laws of Gravity. For awhile, as a pre-daily-writing exercise, I typed out the text, hoping not only for inspiration but also to help myself remember at least a bit of this six hundred page masterpiece.

“Midnight’s children” (the characters) are 1,001 Indians born the day India gains its independence. These children have magical powers, which are destroyed when Indira Ghandi—spoiler alert—arranges to have them sterilized. It’s a confusing, stunningly beautiful book, covering seventy years. The story wanders like Indian myths, not always easy to tease out the point, but drawing you on and on.

More important here, it exposes fault lines of law, politics, history, memory, culture, and religion at a time of rapid change. The country’s leader “sterilizes” those who represent the new, and declares an “emergency” as an excuse to shut down civil liberties. “Sacred cows eat anything,” the protagonist laments; and ”from the moment of my conception … I have been public property.” It seems to point straight to the fracas eight years later, when The Satanic Verses is published.

According to friends, Rushdie knew  The Satanic Verses would anger hardline Muslims. He had no idea how bad it would be though, nor how wide the repercussions would reach. Muslims in Britain filed suit to apply seventeenth century anti-blasphemy law “protecting” Christianity, to twenty-first century Islam. Who knew Britain even had anti-blasphemy laws? The ensuing fatwa severed diplomatic ties between Britain and Iran for a decade. The Japanese translator of the book was stabbed to death. Bookstores carrying the book were firebombed. The Italian translator was knifed, and the Norwegian publisher was shot and left for dead. Rushdie adopted another name and for fifteen years, lived a narrow, secretive, guarded existence. It was a heavy price to pay, as journalist Lala Lalami writes, for “a writer who has been put on trial for his imagination”[2]

Eventually a new law against racial and religious hatred was passed in Britain in 2006, and the anti-blasphemy laws were retired. The Iranian government disavowed the fatwa and Rushdie came out of hiding. The controversy did not die, however. Iranian news outlets recently raised $600,000 to fund the still-outstanding reward for Rushdie’s assassination.

Through everything, Rushdie has not retreated. He was asked in 2012 if, in retrospect, he would leave out the controversial passages of the book. “Of course not,” he said. “I think they are among the best bits.”[3]

We censor ourselves all the time. Child pornography, for instance, is not protected by free speech laws. We fire teachers who use bad words in the classroom. The issue then is where to draw the line. Was le Carré right to chide Rushdie for putting so many people’s lives at risk?

Words can spark wars. Writing fiction, however, is not a crime. It is unthinkable that it should be punishable by death, or that we should allow other countries to impose censorship laws across international boundaries. Rushdie and many others suffered deeply because of The Satanic Verses. Maybe that is the price we pay as old ideas clash with new. Because of Britain’s commitment to free speech, however, Rushdie is alive today, and speaking out for other artists.

“Words can spark wars. Writing fiction, however, is not a crime.” @jbw0123 #censorship
Powered By the Tweet This Plugin

It took fifteen years, but Rushdie and le Carré eventually made their peace. Rushdie apologized and praised le Carré as a writer. Le Carré apologized as well, but remains unrepentant. “I am a little proud, in retrospect, that I spoke against the easy trend, reckoning with the wrath of outraged western intellectuals, and suffering it in all its righteous glory.”[4]

So it should be. Long live free speech.

You can connect with Julia Whitmore via her website and blog Scribbler’s Playhouse.

Do you agree with Julia? Does censorship warp the way people think? Have you read any of Rushdie’s books?