#PubTip: How to Write a Mystery Thriller in the Style of Alfred Hitchcock by Tony Lee Moral

When it comes to publishing tips, not enough can be said when it comes to the importance of knowing the ins and outs of the comparable titles your book will be competing against. Too often, authors don’t put enough thought into this part of the process and then end up bemoaning the struggle to find an agent. Or if self-published, authors end up not connecting with an appropriate audience for their book. It pleases me immensely to bring you this post on how to write a mystery thriller in the style of Alfred Hitchcock. Tony Lee Moral is a prime example of an author who has done his homework and also literally written books on the topic!

Official Bio: Tony Lee Moral is an author of mystery and suspense novels who lives in London and Los Angeles. He has written three books on the works of Alfred Hitchcock; Hitchcock and the Making of Marnie, The Making of Hitchcock’s The Birds and Alfred Hitchcock’s Movie Making Masterclass. He has published two novels, Playing Mrs. Kingston and Ghost Maven.

So when writing my latest mystery novel, Ghost Maven, I was inspired by the films of Alfred Hitchcock, particularly those source novels he adapted into memorable films, especially Rebecca, and the JM Barrie play he almost got to direct, Mary Rose, about a woman who disappears on a mysterious island and reappears many years later.

Hitchcock believed the formula for an exciting story is to find a single problem, which is sufficiently enthralling to hold the attention of the audience while the story unfolds. When writing my novel, I paid particular attention so that the reader becomes invested in Alice, the heroine, from the very start, so I immediately place her in danger during a kayaking trip in Monterey Bay. 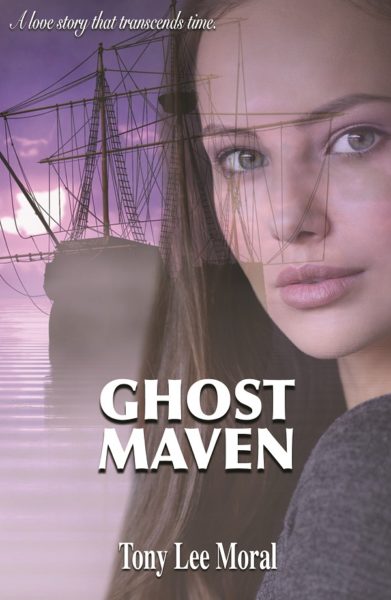 Locations are very important in Hitchcock’s thrillers, not only for locale but to drive the plot. Hitchcock often likened his films to a rollercoaster ride. The sudden switches of location were very important to keep the viewer entertained. When writing my novel, I made sure to keep the reader interested by rapidly changing locations around the bay. I shift the locations from the Monterey Aquarium, to Point Pinos Lighthouse, to Big Sur, and to the mysterious island.

One of Hitchcock’s early British films, The 39 Steps is one of his favourite films because of the rapid and sudden switches in location. Once the train leaves the station, the film never stops moving. Such movements takes time to plan out, especially to blend the characterization with the action. Halfway through, the lead character Hannay leaps out of a police station window with half a handcuff on, and immediately walks into a marching Salvation Army band. To escape the police, he marches with the band, then slips into a public hall, and ends up on oratory platform and is mistaken for a speaker. The rapid movement from one scene to another, and using one idea after another, keeps the viewer or reader hooked.

Hitchcock loved public and everyday places where chaos can erupt at any moment. Similarly I set my novel in open places and used other Hitchcockian motifs such as towers, churches, old missions and spiraling staircases.

Hitchcock believed that if you are using a unique location, it should be used to its utmost. He was adamant that the backgrounds must be incorporated into the drama and made it a rule to exploit elements that are connected with a location. Never use a setting simply as background. Use it 100%. When writing my locations, I also thought how they could be used dramatically. 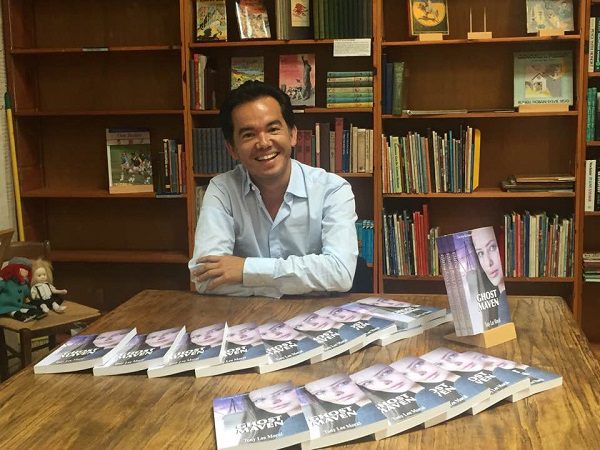 The first version of The Man Who Knew Too Much was filmed in Switzerland, and the opening was based on Hitch’s frequent trips to St. Moritz. He thought about what there was in Switzerland and decided that everything in the film should be relevant to the country. A chocolate factory turned out to be a nest for spies, the lakes were used for drowning, the Alps for people falling off and the chocolate for choking on. In Foreign Correspondent, the use of the windmills is a good example of using your locations dramatically. The windmills in the movie aren’t just scenery, they become part of the plot–a windmill is turning the wrong way as a signal as to where a person is being held captive.

Hitchcock often set action against strong, famous landmarks, such as the United Nations, the Golden Gate Bridge, and Piccadilly Circus. They are combined with his best set pieces. Blackmail features a chase from the dome of the British Museum. The climax of The Man Who Knew Too Much takes place at the Royal Albert Hall in London. Saboteur atop the Statue of Liberty and North by Northwest on Mount Rushmore. Hitchcock enjoyed placing his characters in great danger in symbols of order, public and everyday places where chaos can erupt at any moment.

Hitchcock often outlined the difference between mystery and suspense. Whereas mystery is an intellectual process, like a who dunnit, suspense is an emotional process that involves the audience or reader. In all suspense you must give the audience information so that they become anxious. A good murder mystery states in the opening three chapters the book’s central theme and dilemma. I write about these principles of suspense building in my book Alfred Hitchcock’s Movie Making Masterclass, which I applied when writing my novel.

I also needed a MacGuffin, which Hitchcock described as the red herring or engine of the story, the object around which the plot revolves and motivates the actions of the characters. Often a MacGuffin is central to thrillers, spy stories, and adventures. Most of the characters in the story will base their actions on the MacGuffin, although the final result will usually be of greater significance than actually getting, controlling or destroying the MacGuffin. In Notorious, the MacGuffin is the uranium ore inside the wine bottles, and in North by Northwest, it is the statue that holds the secret microfilm.

Most of all, Hitchcock relished a good yarn, he described his stories as a slice of cake, a rollercoaster ride or a trip to the haunted house.

Never use a setting simply as background. Use it 100%. #Hitchcock #WriteTip via @TonyLeeMoral
Powered By the Tweet This Plugin

What other observations might you add when it comes to how to write a mystery thriller in the style of Alfred Hitchcock? Do you count yourself as a Hitchcock fan and why?

You can connect with Tony Lee Moral and his social media sites via his author website.

The images used in this post fall under fair use guidelines. Please share responsibly and provide a link to any text or media borrowed from this website. Refer to the Disclaimer and Use of Information page for more details. Images courtesy of Tony Lee Moral, 2017.