#WriteTip: How Do You Write a Poem? by Geofrey Crow

Today’s post goes much deeper than answering the question of how do you write a poem. Though not many of this blog’s readers write poetry on a regular basis, you’ll certainly be able to relate to the various theories of the writing process Geofrey highlights. I first encountered Goefrey’s poetry via tweets from the incomparable Aquileana. It’s safe to say I enjoy his poems very much. This post is the result of Word Bank’s May promo. In exchange for this enlightening post, Geofrey receives a free 25-page copy edit or manuscript critique from me.

Offical Bio: Geofrey Crow is a completely normal human being who promises he’s not writing this bio from the prison library. Some of his favorite hobbies include cursing his way through his morning run, finding ways to make himself uncomfortable, and hiding under the bed when the phone rings.

Geofrey runs a poetry blog called The Giggling Stream and has another site in the works, but it’s all very hush-hush, so you didn’t hear it from me. Really, I’d love to stick around and chat, but I think I hear the warden’s footsteps and if he finds me in his office it’s my a— 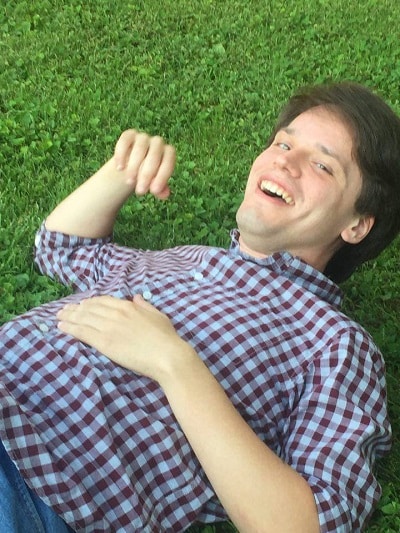 or, “How to Make Indecision Look Decisive”;

or, “Maybe it’s the Other Way Around?”

How do you write a poem?

How do you make that spleen in your gut into something that’ll fool other people into looking at it and enjoying it?

How do you take a bunch of senseless little black squigglies and turn them into genuine emotions for the reader?

The answer (as we all know) is magic, but since there’s no time to explain how that works we’ll have to settle for a few partial views of what poetry sort of is and how you might be able to think of it.

There’s the technical approach, where I’d say something like, “Well, when you’re writing a villanelle you’ve got to be careful to pick words with plenty of rhymes.” But you’ll figure that out yourself about five minutes into writing a villanelle. Necessary, but not what we’re after.

There’s the new-agey approach: “You need to go with the grain of the language, let the poem develop itself without forcing anything. It’s a river, not a building.” Which is sort of true, although when you get down to it I don’t think that’s exactly the kind of thinking that got Shakespeare comparing thee to a summer’s day. Go too far in the not-forcing-anything direction and you’ll get a mess. 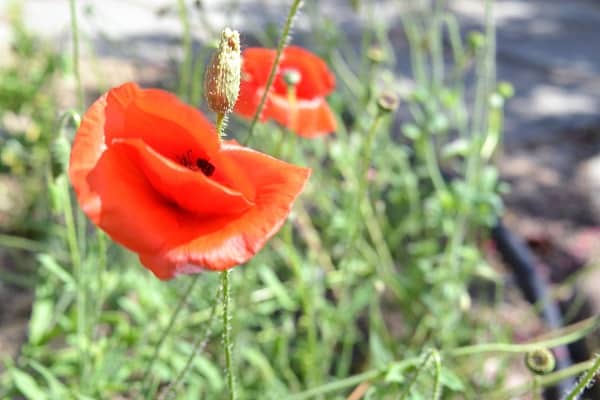 Never mind that it’s in a garden. In a park. In a city. Where it’s regularly watered and nourished. Never mind all that. This flower is the perfect expression of nature at it’s most pristine and naturally beautiful.

There’s the formalist approach: “Poetry is about fighting the language and forcing it into meaningful patterns when all it really wants to do is degrade into everyday usage, slowly devolve into incomprehensibility, and take civilization and civil society with it. Poetry is about imposing order onto the chaos of our existence, and it’s got more in common with a spiritual discipline than anything else.” This is a great little attitude to have in mind if you’re working on formal poetry, but it’s dangerous because it leads to fascism. Go too far in the order-over-chaos direction and you run into the problem that organic systems (such as yourself) are inherently messy and not very orderly.

There’s the rugged individualist approach: “Just don’t worry about the political ramifications of what you’re writing. Yes, it’s the 21st century, but a human being’s still got a right to a division between the private, public, and political lives.” This would be very comforting and liberating, maybe, but it’s also got a major minus when you remember it’s completely untrue. Not that obscuring the truth is necessarily a problem in poetry, but when it comes to giving useful advice it’s important to stick as close to the truth as possible.

There’s the cynical approach: “Poetry is all about making simple things look complicated and making complicated things look simple. You don’t want to go with the grain of language at all, you’ve got to use language against itself using a whole stack of more or less dirty tricks. In the end, poetry is all about confusing people and getting them to thank you for it.” Not wrong, exactly. But the problem here is that it makes it look like you, the writer, were actually pulling something over on the reader, which is a very one-sided way of looking at the thing. It doesn’t allow for the playful element of poetry, which is absolutely critical. Poetry isn’t about fooling anybody into anything, and if you’re setting out to trick your reader you’ve got the wrong attitude to the whole thing.

#Poetry is a striptease of the mind. It knows enough to leave you wanting more. via @GigglingStream
Powered By the Tweet This Plugin

There’s the theatrical approach: “Poetry is about letting the thing speak of itself, without judging it or trying to reconcile its contradictions. If anything, poetry wants to emphasize the contradictions, to force them to the surface by whatever means necessary. If there’s any such thing as poetic judgment, it’s only there as a matter of presentation or ornament, or as a way of bowing to the reader’s expectations.” Actors will always tell you that if you’re going to play a character you can’t judge the character, no matter how evil or despicable they may be from the audience’s point of view. The most beautiful moments in poetry are the ones where it feels as though the poem were speaking directly to us, and that never happens unless the poet refuses to judge the thing that’s being written about. The really liberating thing about writing poetry is that it gives you a wonderful space where you don’t have to make up your mind. 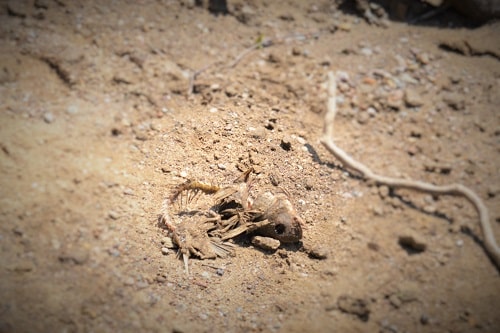 Does the dead fish tell us some really deep feel-good thing about how we’re really all the same? Or does it tell us that life is a cruel and constant struggle for survival? Or does it just tell us it’s an awful lot easier to find dead fish lying in the sand by their smell than it is to find them by looking for them? Because I’d have never found this thing if it didn’t reek to high heaven!

There’s the authentic, humane approach: “When you write poetry, you have to try your best to meet people where they are, wherever they are. You can’t be afraid to expose those parts of yourself that you’re most afraid of having seen by all the world. Other people carry the same private pains and little shames that you do. Other people walk around with the same anger and the same violence that’s constantly eating at you. Poetry is about learning to see things in a wider perspective, to pull us up out of ourselves for a while to remember we’re all human beings, we’re all very much alike, and we would all like to feel a little less alone in our own skulls, once in a while.” Poetry is about shedding light on every part of the self, even those parts you would most like to keep hidden. It’s about being willing to embrace your own embarrassment when you fail—and if you seriously try, you’re bound to have your fair share of failures! It’s about being willing to suspend judgment, or it’s about not being able to make up your mind (if you prefer)… or at the very least it’s about acting like you’ve suspended judgment.

As far as concrete advice goes, it’s pretty much the usual kind of thing. Write regularly, try to write fast enough that you can’t think too much, and edit the hell out of whatever you produce. With enough practice you’ll be able to feel out the rhythms and meters without thinking about them all that much. I’ll leave you with the best bit of writing advice I’ve ever received: when you write, keep telling yourself no one will ever see your work. Along with typing faster than you can think, pretending the reader doesn’t exist can help you get through the moments when your writing makes you uncomfortable. And if you can get through that, maybe, just maybe, you can rip the reader’s heart out and stomp on it give the reader some frou-frou warm fuzzy feeling or whatever.

And Your Line Is…

“Be my love forever?”
No, no good at all. Much too strong.
Besides, she might take it literally.
“Leave me alone?”
No, that’s worse. Or maybe better.
It’s true sometimes, at least,
so it beats the first one in that respect.
Hmm… “I love you?”
Nope. Generic, and too much.
Sounds desperate.
Plus she’ll read too much into it.
What about “I hate you?”
No dice. Much too personal.
She’ll think I’m just playing coy.
“You have a fantastic body.”
Nopers. Too straightforward.
Too stiff, really.
She’ll think I’m
not respecting her intelligence.
(They always like to figure it out for themselves.)
“How do you feel about leather?”
No!
Best to learn the girl’s name first,
at least.
Guess it’s back to the Gold Standard:
“Hey baby, buy you a drink?”

You can connect with Geofrey and his social media accounts via his blog The Giggling Stream.

What approach to writing poetry have your former teachers taken? In general, what part of the writing process described here do you most relate to?

Guest Post: Truth in Creative Nonfiction: What factors should writers consider when crafting reality? Join me for a discussion over at author D.G. Kaye’s blog.