WE ALL TAKE ON the role of editor at some point, but often don’t stop to think about our responding styles. Typically, one of two safe and familiar commenting modes will be assumed–critic or friend. The critic offers judgments and corrections while the friend encourages what’s working while glossing over areas of concern.

In reality, those roles are simple and don’t take much effort to fall into. The default roles get the job done, but don’t allow for the complexities of developing a responding style incorporates the best of both roles. It’s crucial to not only offer directive feedback, but to also offer comments that allow the writer to see how the editor experiences the text as a real reader.

The following modes of commentary list was developed by Rick Straub of Florida State University. The approach I’ve developed as a freelance editor is largely informed by theories in the field of rhetoric and composition.

My goal is to offer professional criticism, but from the stance of a teacher and friend whose responding style can lead the writer to expect more of their writing and more of themselves as writers. It’s a delicate balance, but the following list can provide you possibilities for developing a variety of well-balanced responding styles. 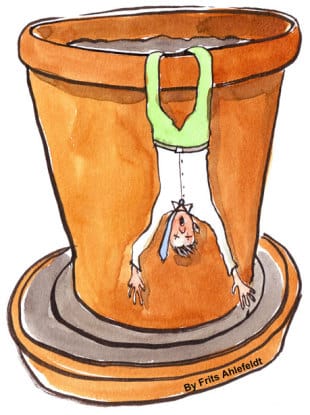 CORRECTIVE: The editor makes a change in the writing.

DIRECTIVE: The editor directs the writer to make a change in the writing, usually by means of an imperative.

EVALUATIVE: The editor  makes a judgment about the writing.

ADVISORY: The editor suggests a change in the text or some other action by the writer.

QUALIFYING EVALUATIVE: The editor makes a judgment about the writing, but makes it clear the comment presents her individual assessment.

REQUEST: The editor uses a question to make a request, usually in the form of a “Can you” question.

PROBLEM-POSING: The editor uses a question to 1) confront the writer with a problem in the writing, 2) engage the writer in considering an issue, or 3) offer his understanding of what the writer is saying in order to prompt her to pursue a line of thought.

HEURISTIC: The editor uses a question to elicit more information or challenge the writer to think further about what he says.

EXPLANATORY: The editor explains a previous comment, makes some point, or presents a lesson.

INTERPRETIVE: The editor provides her understanding of the text.

READER-RESPONSE: The editor presents ideas about what the writer says or describes his experiences in reading the text.

What do you value when it comes to receiving feedback on your writing? How have you developed your responding style?

New Release Shout-Out: I’m pleased to announce the release of Kyra Gregory’s new historical fiction novel Grieving Liberty. She’s returned to the writing world after some time away. You may recall the author interview I conducted with her a while ago. She’s also re-designed her author website and is currently doing a blog tour to launch her new book.

Sebastian and Serena have lived privileged lives, their every desire tended to, with their status as the children of the country’s ruler. However, the walls that contain them are not solely those of the palace, but of expectations and politics that come with their positions.

The country’s solidifying alliance with Rome upon the return of a childhood acquaintance brings about changes that they never wished to see, causing devastation and despair to touch their lives and loved ones far too closely for them to sit back and do nothing any longer. They become determined to take action, even if it means that their country may not survive. Even if it means that their history would fade into nothingness, at least they would have lived freely.

Image Credit: Out Of Energy by Frits Ahlefeldt

The cover image used in this post is for promotional purposes only and complies with fair use guidelines.