EVERYONE LOVES CHOCOLATE, RIGHT? Some of you are aware I’ve taught college composition as well as high school English and creative writing. This activity works great with any piece of literature where class struggle drives the plot. I’m sharing it here because The Chocolate Game can also be used in various workplace settings to address workers’ underlying thoughts on inequality.

Much of the literature taught in language arts classrooms deals with class and race relations. I like to begin George Orwell’s Animal Farm by engaging students in a metaphorical activity called The Chocolate Game. The goal of the game is to demonstrate just how unfair life is, especially in today’s Occupy Wall Street world of the one percent versus the 99 percent. 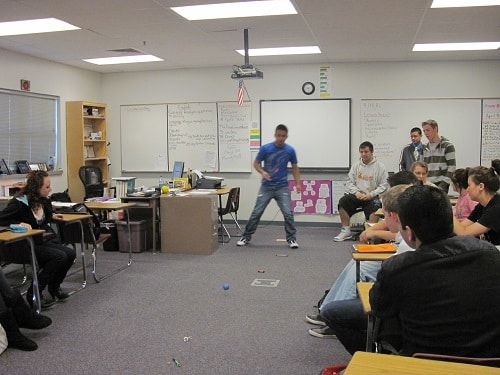 For shorter class periods, make sure the students do the quick write at the end of the prior class and leave time to preface what they should expect for the next class. The actual playing time tends to take 45 minutes, but more sedate classes might finish in 30 minutes. Students should walk into class with their usual seats pushed to the outer walls in order to provide a gaming area.

Before playing the game, do a quick write on the following prompt:

While students are writing, the teacher should place 30 evenly spaced pennies down the center of the floor. When the class is nearly finished writing, stagger three pieces of chocolate toward the end of the line of pennies, such as a bite-sized Halloween-sized bar, a standard Hershey’s bar, and a massive piece like a Symphony bar should go at the very end.

Don’t discuss the prompt. Announce the groups for the game. A minimum of three groups is needed, but the game gets more interesting with 5-7 groups in play. My classes already sit in pre-assigned heterogenous groups, but you can divide the students into groups as you see fit. Arbitrary groupings like hair, eye, clothing, or shoes would be great for this game. Once groups are established, have each group provide a small token, such as a pen or keychain.

Hold onto their tokens and state that this is a metaphorical game for life. In order to keep students from smothering the playing area (things can get pretty heated in classes with lots of competitive students), I require each team to have a captain who will roll the dice and also speak for the team. The rest of the group should remain off to the sides of the playing area.

At this point the students assume even starting points, so I explain that the first team that reaches the first piece of chocolate gets two minutes to make a rule regarding how the game is played. However, they can’t simply state “We win!” It must be a rule of strategy with careful consideration for wording. I also emphasize that I set the game in motion, but after that, they are not to look to me to keep track of turns, etc. It’s best not to tell students to note others’ body language and comments as that tends to inhibit some of them a bit more than they would be otherwise. That will become part of class discussion after the game.

The teacher immediately interjects unfairness by staggering the tokens at the beginning. Mentally note any comments they make for discussion after the game. Some will catch on fairly quickly, others will get carried away by the desire to win at all costs. If you have favorite students, this is the time to place their token at the front of the line. Again, arbitrary choices  are great. Maybe a student gave you a purple token and you like purple, so for no other reason you put their team at the front of the starting line. Then throw the dice in the direction of the team that will go first. Tell them they get to decide who goes next. Once the pattern is set, they need to follow it until the game is over. 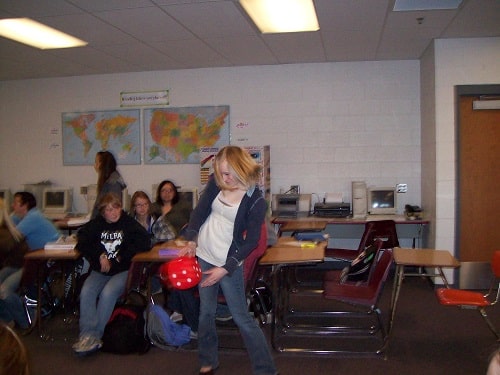 Early on, when a team rolls or a one or a two they will make some sort of disappointing noise. That is when you should pick up the die and say something like, “I think you can do better than that!” and give it back to them for another turn. That really gets them going. Do this once or twice more, but be arbitrary. It should not happen for every low roll.

The first team that makes it to the first chocolate piece will generally win the game, but not always. There may be a mathematical way to place the chocolate to really complicate things, but I’ll leave that to those with a more logical mind than mine. Students will come up with all sorts of rules, many of them complicated and totally unfair. Note how some students will slink back from the action once they feel all hope is lost. Others will become insult-hurlers of the first degree. Some will resort to blatant cheating, and other students may or may not call them on it. Normal classroom rules should still apply for language and behavior.

As the teams win chocolate, pay attention to how they divide it. Typically they split it equally between their group members, rarely do they think to ask their teacher if they would like a piece. Rarer still is the group who will split their chocolate with the entire class. 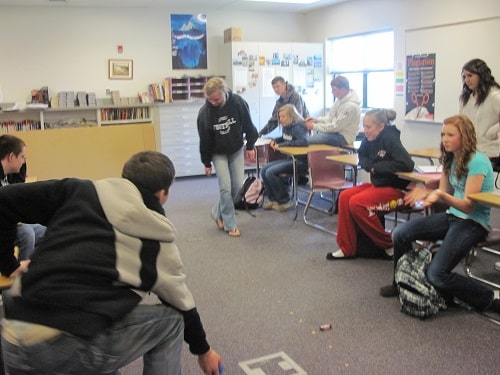 Finally, engage them in a full class discussion:

If needed, use the next writing prompt to further the exploration of Utopia.

Is this something you would try with a group of people to teach them about social inequality?

Permission to use the images in this post must be granted by JeriWB.