Anthologies offer up a smorgasbord of literature with lots of tasty treats and the occasional dish that doesn’t go over very well. Most of you know my tastes lean toward contemporary and literary fiction as well as memoirs and creative nonfiction. I’ve read the Best American series for short stories and essays 15 years running in order to say abreast of what literary journals esteem. While I don’t inhale science fiction and fantasy deeply, I don’t mind the occasional puff. Moments in Millennia offers a treat into a genre I seldom seek out, but appreciate nonetheless. After all, it’s important to see how the other half lives, right?

It’s easy to pick and chose from the stories in an anthology and no harm results from playing favorites. Today I will be playing favorites. I encountered S. P. Mount in the early days of my blog over at Indies Unlimited. From there, I featured the quirky cover of his epic novel Prickly Scots. Not long after, I interviewed him and later reviewed his novella The Hairdresser. Not only is he good people, S. P. is an extremely talented writer. The editing process his story went through for the anthology has brought a new level of refinement to his unique style. 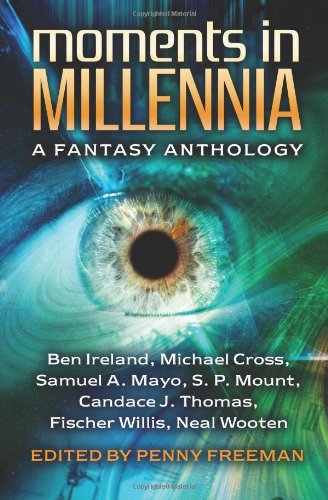 Even though I’m playing favorites today, I will include  an overview of the seven stories in the anthology. The selections veer toward the lengthier side for the short story genre, so each one gives a reader plenty of time traveling shenanigans to immerse themselves in.

Moments in Millennia (from GoodReads)

Travel with seven talented authors as they glimpse through time into Humanity’s future. Will mankind blossom and flourish, conquering the stars and time itself? Or, with selfishness, greed, and just plain bad luck send us all to the brink of destruction?

“The Cartographer” by Samuel A. Mayo: Destined to chart the stars throughout the aeons, a team of novice map makers are thrust into a conspiracy to control the universe and time itself.

“Fairykin” by Ben Ireland: In a world where nature has ceased to exist, a tribe of fairies on the brink of extinction must fight for survival itself. But who will bear the ultimate cost?

“Time out of Mind” by Michael Cross: One young girl’s cosmic connection to her grandfather’s tragic past brings life and hope to the blackest days of the Holocaust.

“The Hawkweed” by Candace J. Thomas: Consumed with guilt, one girl fights to solve the riddle of her friend’s murder and the disappearance of his brother—unaware of the price on her own head.

“Spaceman in Time” by Fischer Willis: Victor seizes the chance to return to the past and right a terrible wrong. Will he have the strength to do what he must, or will history repeat itself?

“Human Era” by Neal Wooten: Two grad students hurl themselves into the past with their wormhole technology. Their modern skills make them heroes, but do they truly know where they are?

“Black Ice” by S. P. Mount: Men have become mindless drones controlled by chip implants and a master satellite. Can one serial killer imprisoned for a thousand years give them the will to truly live? 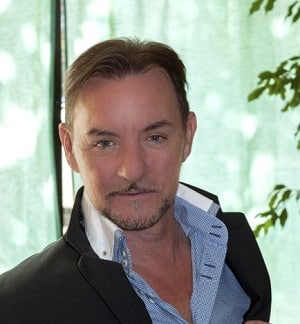 It’s safe to say S.P. Mount has a knack for getting into the minds of serial killers, only he turns that notion inside out and upside down in his short story “Black Ice.” In the future, the most popular virtual reality game is called Crime Time. The population of three worlds can access the consciousness of imprisoned serial killers in order to experience what it’s like to murder another human being. The notorious Jack Frost is the most popular of all the killers. It turns out his ancient mind feels a measure of regret for the terrible deeds he’s done, and he travels back in time and manages to raise a version of his young self after his pregnant drug addict mother dies on the railroad tracks.

Jack Frost knows the secrets of time travel, and he makes a bargain with the all-knowing SkyBrain so he can once again be of the flesh. Be warned that Jack is very clever, and for better or worse, he will get his way. This is a rich story with many layers that reeled me in with its complexity. Even though the author is writing about a time thousands of years from how, he manages to relate the thematic elements of the story to issues regarding technology and societal norms that we all must struggle with on some level in this day and age. To me, that is the mark the science fiction genre at its best.

What stories or movies with a time travel element have you most enjoyed?