#BookReview: The Help by Kathryn Stockett

Every so often, one of my book reviews makes me question my reading radar. Kathryn Stockett’s debut novel The Help is a highly-readable book, but readability does not bestow greatness upon a book. This review has also inspired another post by me titled What Popular Books Have You Loathed? As always, I aim to be fair in getting at well a particular book does not sit well with me.

In this age where anyone can post a review, maybe the 5,200 readers and counting who have given The Help five stars on Amazon deserve the final word on Kathryn Stockett’s story that focuses on race relations in civil rights era Jacksonville, Mississippi. I’ll just get it out there: The Help needs help.

Plenty of spoilers abound elsewhere, so I won’t bother rehashing plot and character details from the book, not to mention The Help has since become a huge Hollywood movie of the same name. What I want to explore is the answer to this question: How can such a readable book be so bad?

First of all, I was struck by the emptiness of the characters. Practically all of them are flat and stereotypical, yet they are easy to like or hate. Sockett’s novel is by no means literary fiction. It’s a breezy, quick-read type of book that belongs on supermarket check-out shelves. Celia’s white trash character seemed to have the most potential for deeper development, but the author instead choose to demean her character in a ridiculous manner. 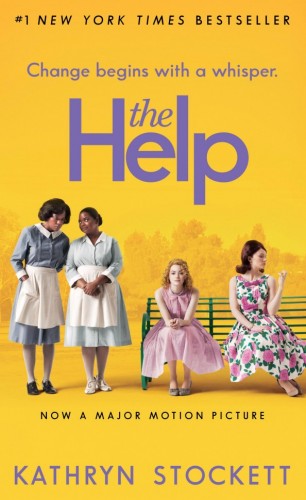 Two other major flaws of the story deal with the overly suspenseful plot and the choice of narrator. Important elements of the story seem to build and build only to softly fade away. By the end of the book all I could do was shrug my shoulders just like many of the characters seemed to do.

Stockett is a white female author whose white female protagonist becomes the voice of African American maids as she collects and edits their stories for her book. Of course, everything works out hunky-dory for our spunky narrator Skeeter. As a character she’s a do-gooder who lacks a sense of struggle, and all good fiction needs a solid sense of conflict to be truly satisfying.

Then there are just all the other pieces of the puzzle that make me feel like I as a reader had just ingested the literary equivalent of sugar-coated cereal. The dialect is akin to nails on a chalkboard and only the African American characters speak it, nary a southern belle in this book utters so much as a drawl. Historical inaccuracies abound, which is inexcusable on behalf of the writer and associated editor. Also, some scenes felt totally unneeded, such as the masturbating man who appears out in the country. And the deal with the pie? Gimme a break… really? Honestly?

Hopefully Kathryn Stockett’s second novel will show some writerly growth. I just cringe to think that this book will be touted in schools as great literature when really it should be used to teach what mistakes to avoid when writing a book.

Have you read The Help or seen the movie version? How do your views differ from mine?