Sometimes the film version of a book is better than its print counterpart. Such is the case with Matthew Quick’s novel Silver Lining’s Playbook. But how can that be? Bear with me. The main character Pat, a former history teacher in his mid-thirties, moves back home after spending a few years in a psychiatric hospital for treatment of his bipolar disorder. He occupies his time with a self-improvement plan which involves working-out a lot and reading classic works of literature which may help put him back the good graces of his ex-wife English teacher.

Enter Tiffany, the widowed wife of a police officer and sister to Pat’s best friend. She’s dealt with her grief by sleeping around and learning how to dance. She convinces Pat to enter a dance contest with her, and from there a somewhat antagonistic friendship grows. Both characters share a variety of mental scars. They seem made for each other, but Pat continues to obsess about getting back with his wife. 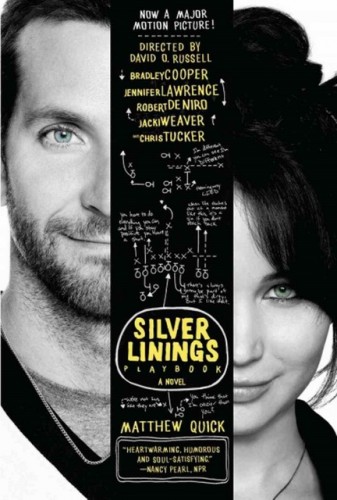 Running through Silver Lining’s Playbook is a love of Eagles’ football, a love that practically borders on obsession. This for me, is where the book pales in comparison to the movie. The book never fully pulls all of the plot threads together, not that loose ends in a book are necessarily bad. It’s just that David O’Russell’s screenplay takes a promising book and turns it into the story it was meant to be. A story with fully-drawn major and minor characters who pull at the viewer’s heartstrings. The book, while decent, simply pales in comparison.

The movie succeeds on a higher-level of storytelling as compared to the book because Pat and Tiffany competing and placing in a dance competition takes place in conjunction with a bet on the outcome of an Eagles’ game. The father, and all of the men in the book just really like football, but in the movie Pat’s dad is portrayed as an obsessive compulsive who is also a bookie. Such touches help shed more light on why Pat is the way he is. 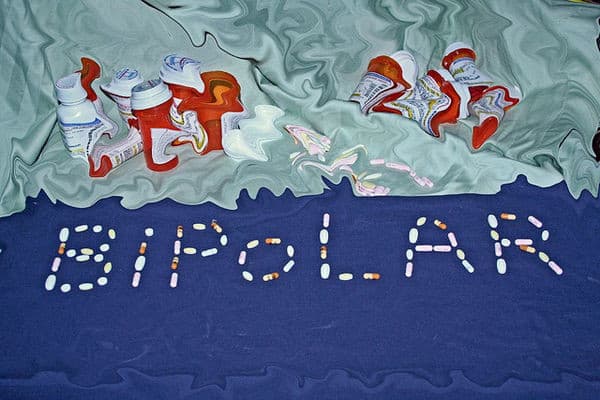 Another area where the film succeeds over the book involves overall character interaction. Tiffany’s character, as portrayed by Jennifer Lawrence in the movie shows much more depth. In the book, she and Pat talk a lot less. Plus, the latter half of the book contains the transcripts of numerous letters that appear in italicized print. I always tend to zone-out when letters try to carry the action of the story.

The most troublesome aspect of the novel involved the narrator’s childlike voice. As someone who grew up with a bipolar mother (read my guest post When Your Mother is Crazy for more info), I found the simplicity Matthew Quick gave to Pat’s thought processes a bit unbelievable.

Indeed, the most moving scene of the movie occurs when Pat chucks Ernest’s Hemingway’s novel A Farewell to Arms out his upstairs bedroom window. That overreaction to the book’s ending causes him to barge in on his sleeping parents to express his displeasure. An intense argument results which accurately portrays mania. The book never even comes close to the power of that scene that took me back to witnessing similar outbursts from my mother when I was younger. My advice is to skip the book, and watch and re-watch the movie version of Silver Linings Playbook.

You can connect with Matthew Quick on his author website.

What movies have you seen that were better than their book counterpart?