The creepy cover of this book certainly draws readers in, and I even included it in one of my cool book cover blog posts. The book’s blurb promises the mystery of unraveling the horror of what occurred in an abandoned orphanage where potentially dangerous children live apart from society. In reality, Miss Peregrine’s Home for Peculiar Children is a young adult fantasy novel with more adolescent moments than scary scenes. 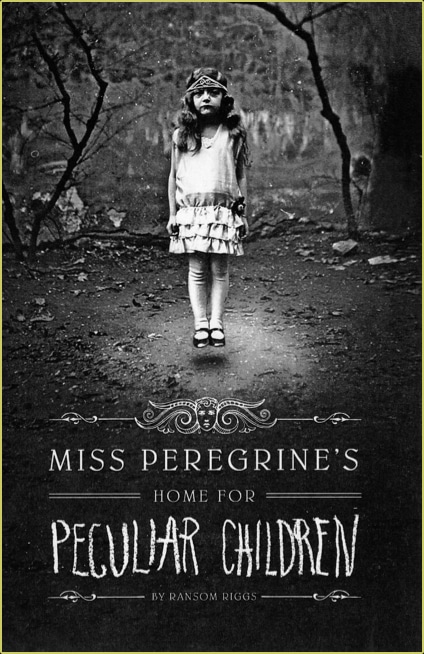 The pacing of the first half of Miss Peregrine’s Home for Peculiar Children works well enough as the first-person narrator delivers humorous observations true to a sixteen-year-old. Jacob unravels certain points about the tall tales his grandfather told him when he was growing up, only to encounter the need for more clarification. The plot device of making Jacob the son of a rich family that owns drugstores is a bit much, but works to provide the means of taking an expensive trip to the island off the coast of Wales where he attempts to gain closure over losing his grandfather.

The use of old found photos borders on brilliant. Yet, at times, when the flow of the story is interrupted by photo placement, one has to consider if the photos truly achieve the desired effect. Perhaps the publishers could have included them as one coherent photo album in the middle or at the end of the novel rather than throughout? It was also next to impossible to read some of the handwritten correspondence via the Kindle screen.

A school for children with strange powers that society shuns brings up instant comparisons with X-Men. Jacob is the only character who receives any sort of decent development, which is too bad considering the wide array of characters populating Ransom Riggs’ literary world. At times, the imagery can be striking, especially when Jacob first explores the rotting and dilapidated orphanage or when he dives to a sunken U-Boat. 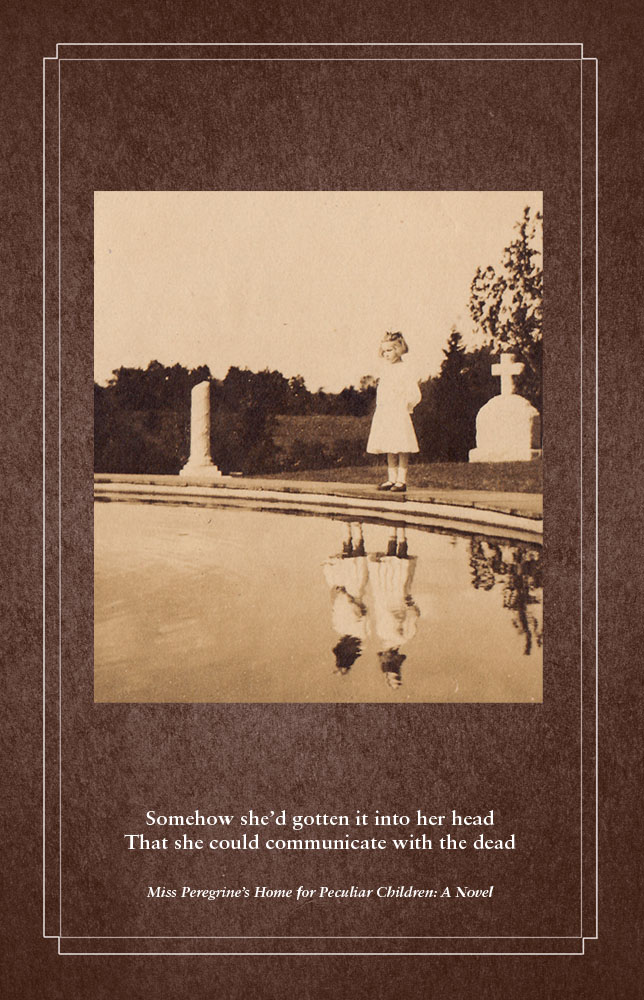 The themes or messages in the book beg to be taken further, but Ransom Riggs keeps the depth of the novel centered on common emotions a teenager in any era would feel, albeit while surrounded by a quirky mix of fantastically peculiar book people. With the emphasis placed on WWII and Jacob’s ability to see monsters, a Nazi tie-in seemed imminent, but the story never allows itself such cleverness.

The idea of living in Loops that continually repeat a day also create interest, especially when time travel comes into play, but the concept never really gets off the ground. Jacob wrestles with which life to choose, but the implications never extend beyond him. More than a few of the characters invite thought into the messiness of life and death decisions, but none more than Enoch, who can transfer the life-force of one thing to another. Some of the most arresting images involve him and his little clay soldiers that he gives the Frankenstein treatment. The book has so much undeveloped potential!

The second-half of the novel grows thin as the plot loses its momentum. A budding romance with Emma, the forever young but chronologically old former flame of his grandfather Abe, adds some interest and conflict, but not enough. Other plot points such as Jacob’s psychiatrist repeatedly saying, “’I hope you’re not just telling me what I want to hear’” become too transparent. The ending quite literally stops awkwardly and in a way that screams sequel.

You can connect with Ransom Riggs via his blog.

Aside from children’s books, what novels can you recall that use images to help tell the story?