Three women. Three generations. Sacrifices for love… Such is the promise of the tagline from English author’s Anne Allen’s latest romantic novel Finding Mother. When faced with her husband’s continued adultery, a thirty-five-year-old Nicole feels compelled to finally learn more about her identity. She takes a sabbatical from her job as a television news reporter and tracks down her birth mother on the island of Guernsey. Once there, past secrets are revealed regarding why Nicole’s mother gave her up for adoption. Nicole’s new grandmother harbors past secrets as well which are gradually revealed as the two get to know one another. 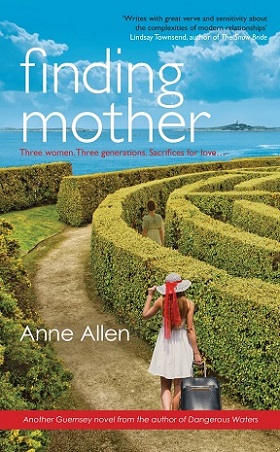 Based on reading and reviewing Anne Allen’s first novel Dangerous Waters, I eagerly anticipated the release of Finding Mother. In many ways, the author once again captures an intriguing sense of place. At one point, the main character from her prior novel makes a brief appearance and hints at the many potential stories Anne should be able to mine by exploring the fictional social lives of the residents of Guernsey Island in the English Channel.

That being said, some of the details regarding fixer-upper houses and over-grown gardens feel too similar to ground already covered in her first novel. In any case, Anne Allen does excel in creating pictures with words. She makes Guernsey seem like such an idyllic location that any reader would covet to visit. Her skill in rendering setting details is one many authors could learn from.

The author’s overall style is one intended for vacation reading. Anne creates characters readers can readily connect with, even if they tend to speak in exclamations a bit too much. Finding Mother isn’t just about Nicole meeting her birth mother. However, the main conflict of the novel is resolved so early on in the story. The biggest stumbling block for me was how hunky-dory the story lines played out. It’s great that nearly every character gets their happy ending, but the struggle to get there needed to be more present on the page.

Perhaps the conflicts of the story felt diluted because multiple points of view are used throughout. At its heart, the story was Nicole’s to tell. When Nicole’s birth mother, maternal grandmother, as well as her father get to recount aspects of the story, the reader may not know who to root for. When everything falls into place so easily, many readers may feel like they are reading scene after scene where the forward motion of the story feels unearned. 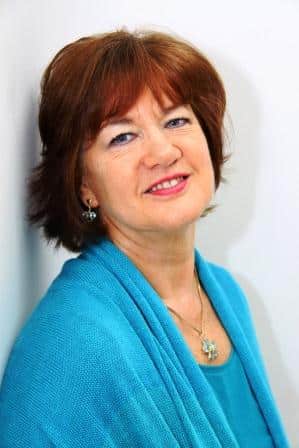 I am undoubtedly a fan of Anne’s work. It will be interesting to see what plot will drive her next Guernsey novel and whether or not the conflicts and characters will come across as more fully rounded. Romance is great, but it needs to come at a price the reader can sink their teeth into.

What do you look for in a romance story?

You can connect with Anne and her social sites via her website. Please feel free to read her author interview that appeared this blog as well. Both of her novels are available on Amazon.