AVA, THE DEBUT NOVEL of indie author Ashley Barron, marks the start of a series slated for 26 books where each chronicle will focus on the situations experienced by a different character. Barron’s Priya group of women live, love, and work in Washington, D.C. and the depth of their bonds know no bounds. 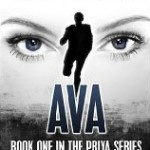 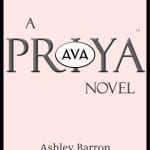 Admittedly, I began the book with some trepidation. The scope of the novel is huge, but the author’s careful plotting shows. This first book centers on Ava, a woman in her early 30’s, who is the successful owner of an event planning business. As such, along with a high-powered family, Ava maintains ties to very important people. Those ties bring the inevitable ploy for money and domination which drives the many twists and turns of the plot.Ava’s decision to step-down from her business coincides with a situation that places her life in peril. Along the way, the reader follows the well-crafted clues regarding a missing employee, computer hackers, and Ava’s rekindled romance with Kader Thornton. The sudden decision to want to drop her trappings of success didn’t feel completely in line with Ava’s character, which may leave readers to wonder if the decision is being used as a plot device to drive the action of future books in the series.

The choice of an all-knowing narrator is perhaps the riskiest aspect of the novel. Barron handles the intricacies required by an omniscient narrator amazingly well. However, since the story centers on Ava, a limited third-person point of view could have tamed the occasional unwieldiness of the narrative a bit. At times, it felt like huge passages could be omitted if it were not for the choice of narrator. I also found the consistent use of word repetition intended to add emphasis and heighten the drama of the story did just the opposite.

Ashley Barron has an uncanny ability for communicating the intricacies of human relationships. For that reason alone, I am looking forward to her next installment. Her growth as a writer, marketer, and blogger has been, and will continue to be, fascinating to watch.

You can connect with Ashley on her blog.

What series have you read that span many more book than just a few novels?