#LitChat: The Thorn Birds as Children’s Literature by Laura Zera

Author Colleen McCullough passed away on January 29. In her honor, I am re-posting this best books guest post by Laura Zera. Laura uses her signature humor to explore how her reading tastes evolved beyond her years. Laura is also one of my earliest Twitter friends, and we’ve met twice now at July’s Pacific Northwest Writers’ Conference in Seattle. And she recently lent a much needed ear in the tale of woe life has recently brought my way. Hands down, Laura is good people. She’s also set to hold her first Desire Map Workshop this February.

The Thorn Birds as Children’s Literature

The layout of the children’s section in my elementary school library did not lend itself to academic dignity. It wasn’t Mrs. McGowan’s fault. In her plaid skirts and turtlenecks, she was an efficient librarian, doing the best she could with the space provided. But while non-fiction got a double aisle of five-foot tall shelves plus an entire wall, and fiction got the whole other wall behind the check-out desk, the children’s books occupied squat shelves that were just two deep and situated beneath the windows. I had to sit on the carpet and scoot like a sand crab from alphabetical section to alphabetical section just to scan the spines. By the time I got to P, my already-saggy tights were even saggier, the crotch having dropped down to somewhere around mid-thigh. 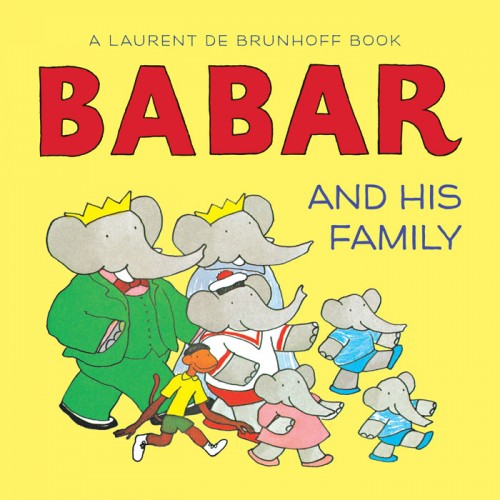 Within months of learning how to read, I swept through Babar, Curious George and the rest of the picture books; they were instant rice, five minutes and done. I wanted stories with suspense and emotion, not an elephant in a cheap three-piece suit. Not even the school’s tall stacks of fiction could hold my attention, though. With my consumption rate of 20 to 25 books per month, it didn’t take but until third grade before the choices on those shelves started to dry up, too.

Our sweet grandparent-like neighbors, the Dalgleish’s, must have sensed my irritation with formulaic prose because for my eighth Christmas, they presented me with The Hobbit. I hid it under my dresser like a valuable prize that might be stolen before I could finish it. But finish it I did, followed by the entire Lord of the Rings trilogy. It was then that the page counts of my book selections increased in direct proportion to the decrease in the size of the typeset.

The nearest public library was just a mile away from home, and my mother took me there often. This was a good thing, as I’d already powered through the row of her books on the rickety sideboard in our family room, Sophia Loren’s searing new biography and I’m OK, You’re OK among them. At the library, Mum would sit in one of the vinyl armchairs in the back corner and flip through magazines while I disappeared for an hour (back in the days when doing so didn’t trigger a missing child alert). I’d discovered epic romance – Little Women and Gone with the Wind, then even spicier books by Judith Krantz, Barbara Taylor Bradford and the woman who caused me to shed a thousand tears, Colleen McCullough, author of The Thorn Birds.

The only time I cried more than when I read The Thorn Birds was a few years later, when I watched The Thorn Birds in its mini-series incarnation. In fact, crying is rather an understatement. I bawled so dramatically and frequently throughout the book’s 700 pages that family members would feel compelled to check on me and make sure I hadn’t somehow accidentally severed a limb or impaled myself on a mechanical pencil. 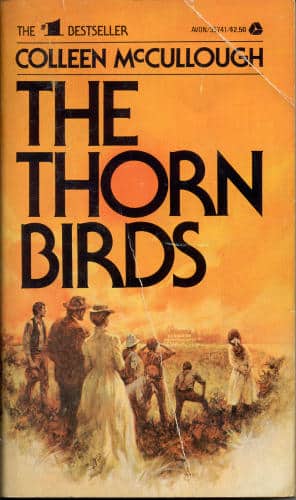 My older sister Julie liked to tease me when she caught me in the midst of one of these literary-induced meltdowns. I realized then that I was a complete and utter marshmallow. Julie didn’t cry over anything. I cried at Kodak commercials. She would finish a book, put it down and move on to do something else, whereas after I closed a cover, I couldn’t even speak, needing to give myself time to process my emotions.

In The Thorn Birds, I felt a weird symbiotic tie to Meggie Cleary, the protagonist. Her life was full of love either lost or denied, and each time she had a new fracture inflicted upon her heart, my own emotions went off the Richter scale. But it was her dogged attachment to Irish Catholic priest Ralph de Bricassart that devastated me the most. I could not fathom that Father Ralph wouldn’t leave his vocation so that he could be with Meggie, instead creating untold pain for them both. Could the author-slash-universe really be that cruel? 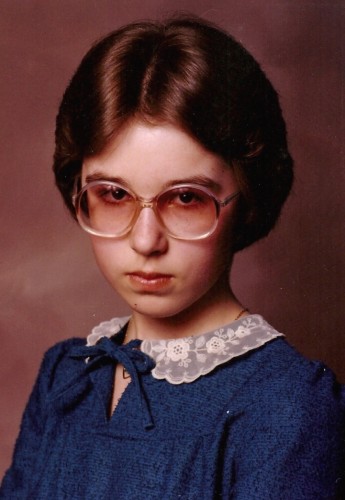 My last name should have been Bronte.

What impact did the Thorn Birds book or mini-series have on you when it first came out? What shaped your reading tastes as a child?

Laura Zera has lived and worked in Cameroon, Canada, Israel, South Africa and the United States. An insatiable traveler, her first book (published as Laura Enridge), Tro-tros and Potholes, chronicles her solo adventures through five countries of West Africa.

She’s currently working on a memoir about being raised by a mother with schizophrenia and her work can also be found in Booktrope Publishing’s anthology Write for the Fight: A Collection of Seasonal Essays. Originally from Vancouver, B.C., Laura has called Seattle home since 2004. She keeps in touch with people from around the world through her website.

My guest post When Your Mother is Crazy appeared on Laura’s blog in February 2013.