In the hazy awesomeness that is blogland, I’m pretty positive I first encountered Lizzi Lewis (formerly Rogers) via Beth Tehlio’s blog or perhaps Mandi Castle’s. Exactly where does not matter because Lizzi is the type of writer who lays her soul bare. I became a regular reader instantly. She is brave and kind and genuine, which makes me very happy to introduce you to her.

Official Bio: Lizzi is a Deep Thinker, Truth-Teller and seeker of Good Things. She’s also silly, irreverent and tries to write as beautifully as possible. She sends glitterbombs and gathers people around her–building community wherever she can.

A founder member of Sisterwives and #1000Speak, she hosts the Ten Things of Thankful bloghop each weekend and tries to #BeReal as often as possible.

Jessica and its sequel, Singularity, are both collaborative horror stories. Written by a number of minds, and the pieces of dire fiction woven together by the creative genius of Helena Hann-Basquiat, these books are designed to transport you to a world where the macabre is laced with meaning, and there is no such thing as commonplace.

These books take you through the first two parts of Jessica’s ‘Becoming,’ from a fictional muse to something far more sinister and controlling, the stories weaving in and out of the (probably fictional) lives of the main characters, as well as popping into Real every now and again, just to shake things up.

I tell people (when asked, but more often when not) that my niche, such as it is, is egocentricity. I write precisely what I want to write and somehow assume that other people will enjoy it. This may be a weak spot in terms of arrogance and I suspect it’s rather gauche to have such arrogance, but there you have it.

I joined in with Jessica and Singularity because I have huge respect for the mind of Helena Hann-Basquiat, have been captivated by her writing before, and just because I fancied it. Being a part of the books, not Helena’s brain…

Thankfulness, connection, compassion, community, and living life in silver linings are all things I’m really passionate about. I’m so happy to have found ways to bring each of them into clearer focus and greater intent, through founding the Ten Things of Thankful blog-hop, being part of 1000 Voices Speak for Compassion, and through the wonderful people who inhabit the World Between the Wires.

Having a blog has afforded me beautiful, incredible opportunities to proliferate and champion each of these concepts. I love how these things have worked a bit organically and have become community-focussed projects, which access a common ‘core’ of people, all of whom encourage and cherish each other on at least a weekly basis. 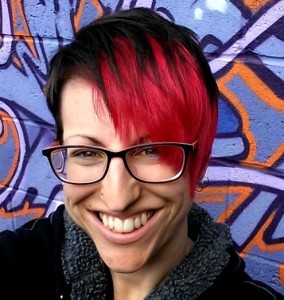 I was going to say this isn’t hard at all, for my favourite book is My Family and Other Animals, by Gerald Durrell. But then I realized that in spite the richness and beauty of his description, he didn’t write a novel on that occasion. BUT I think, then, it has to be one of the Dorothy Koomson novels, possibly Goodnight, Beautiful, which is stunningly well written, FULL of emotional landscape, and made me bawl, just because it felt so REAL to me.

I called it Considerings, because originally I had the (yes, arrogant) idea that ‘people’ would like to see my thoughts. I clearly considered myself utterly fascinating. Now I use it to write Murder Mysteries six sentences at a time, or deep, touchy-feely essays about love,  determined pieces on finding life and happiness in Silver Linings, and there’s the Ten Things of Thankful hop, which takes place every weekend.

Then there’s poetry, silliness, celebration, and a bunch of other things which don’t fit into any kind of category except that they’ve come from my brain and I hope you enjoy them. 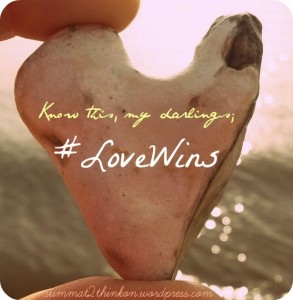 I write, haphazardly, and in a terribly undisciplined manner, then throw myself on the mercy of others to help me ensure there are no glaring mistakes, THEN I submit it for a more professional look-see.

I’ll let you know when I get a book which is ALL MY OWN! I think if I can, I’d like to be traditionally published, just because I’ve SEEN indie publishing, and the levels of complexity and challenge which have needed to be gone to to help the sales and launch of the book. I know my limits; I know I tend to laziness, and I’d just rather have a team do it for me 😉 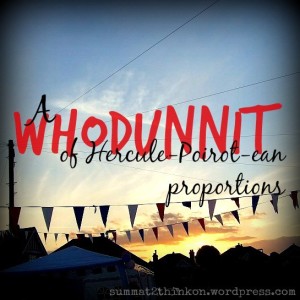 Get a bunch of people to participate in a book you’re writing and then they’ll have a vested interest in promoting it in as many places as possible.

I’m planning on something exciting for the ‘Whodunnit’ I’m writing, using cues from a Six Sentence Stories blog-hop

Until I write a for-reals book of my own, and as long as I have the blog, I think the majority of my life is precisely what’s reflected in my writing. What’s LOVELY, though, is the levels of interactivity and connectedness which can be achieved just through words on a page becoming ‘more than’, and leading into real-life friendships and relationships, all of which have their part to play in making life that bit more lovely.

I tell people (when asked, but more often when not) that my niche, such as it is, is egocentricity. via @LRConsiderer
Powered By the Tweet This Plugin

You can connect with Lizzi and her social media sites via her blog.

Is there anything else you would like to know about Lizzi Lewis?

Permission must be granted by Lizzi Lewis to use the author and quote images in this post.