Say hello to indie author and videographer Sean McDevitt. As the writer of one of the books I’ve reviewed since starting this blog, I made certain to extend an invite to the author of The Wizard Murders for today’s tête-à-tête. If you’d like to take a look you can also read my review of his book “A Killer’s Eerie Calling Card.”

Giveaway: One randomly drawn commenter to today’s post will receive a copy of Sean’s book.

The Wizard Murders takes us back to the early 1980s, to a small town in California -several years before things like cellphones and the internet changed our lives, including the way we used to solve crimes. Our “hero”, Andrew Pitt, is a detective who just wants to retire to where his brother lives in Maine, but suddenly his own town is gripped by a series of random and extremely violent murders. Whoever the killer is, they’re so sophisticated that they don’t leave a fingerprint behind- just a murder victim and, for some reason, an elaborate painting of a bearded wizard. Pitt wishes he could be out and away from the situation, but of course duty calls, and obviously the bizarre nature of the killings forces him to stay and try and solve them. He finds himself trying to learn how to read things like star charts for clues, but the killings continue.

The satisfaction and the control that comes with expressing yourself in a way that no one can interfere with. I’m also still mystified and delighted when material seems to be falling down from my brain into my fingers and onto the keyboard -and I really have no way of telling you where it came from.

That’s easy. Watership Down by Richard Adams. He created an entire world, culture and mythology and he did it so well that I’m convinced (to this day) that Hazel and Fiver are still running around out there. 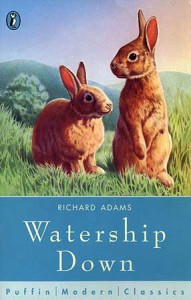 4. What is the name of your blog (include the URL) and what can readers expect to find there?

I don’t have a blog, simply because I don’t have the time. I’m either writing the next project, or in rehearsal for a play, or putting together YouTube videos. I do maintain Facebook pages for each of my works, and will continue to do so in the future.

So far I am strictly self-published. I run the whole store, so to speak. So far as book covers go, I actually held a contest for The Wizard Murders on Facebook, where friends submitted entries and then everyone voted on the winner.

For all self-publishers, remember: YOU are the author, publicist, agent, marketer, editor, producer…if word doesn’t get out about your work, you’ve no one to blame but yourself. So embrace electronic social media with all of your heart. 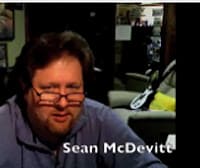 I wasn’t aware of self-publishing until January of this year. When I found out, it was life-altering. I had reams of material -short stories, entire novels- built up over the course of decades that had never seen the light of day, and honestly and realistically they probably never would have been seen otherwise.

What I’ve developed is a small, exclusive inner circle that combs through what I’ve written, and they’re sworn to secrecy until it’s formally released. Up to now I’ve been sending them multiple completed drafts, but now I dole it out chapter by chapter.

I have two completely different novels scheduled for release next year. First up is CALL ME ISMAY, coming in April 2013, and then YESTERDAY’S RIVER, which should be released by September. CALL ME ISMAY basically places vampires onto the Titanic. Seriously, no joke. It’s meant to be read like a historical document. YESTERDAY’S RIVER is a larger-than-life parable on resilience as seen through the eyes of a young boy. (Each link will take you to the book’s page on Facebook.)

All I ask of anyone who reads my work is that they should come into it with a completely open mind and heart.

Is there anything else you would like to know about Sean McDevitt?

The Wizard Murders is available in eBook form on Amazon US, Amazon UK, Barnes & Noble, and Smashwords.