TODAY I WOULD LIKE to re-introduce you to Rolando Garcia, author of The Sun Zebra. His book stands as one of the first by an indie author that I downloaded, read, and reviewed. I picked my first forays into the brave new world of self-publishing carefully, and I was not disappointed. He was also one of my earliest Twitter friends and his fantastic blog contains many insights into the world of self-publishing.

I hope that author interviews will soon become a regular part of this blog. Today’s post stems from Denise Baer’s Pay it Forward author series of blog posts where I was a featured author. If Rolando chooses, he can also continue the chain and Pay it Forward by featuring an author on his blog. 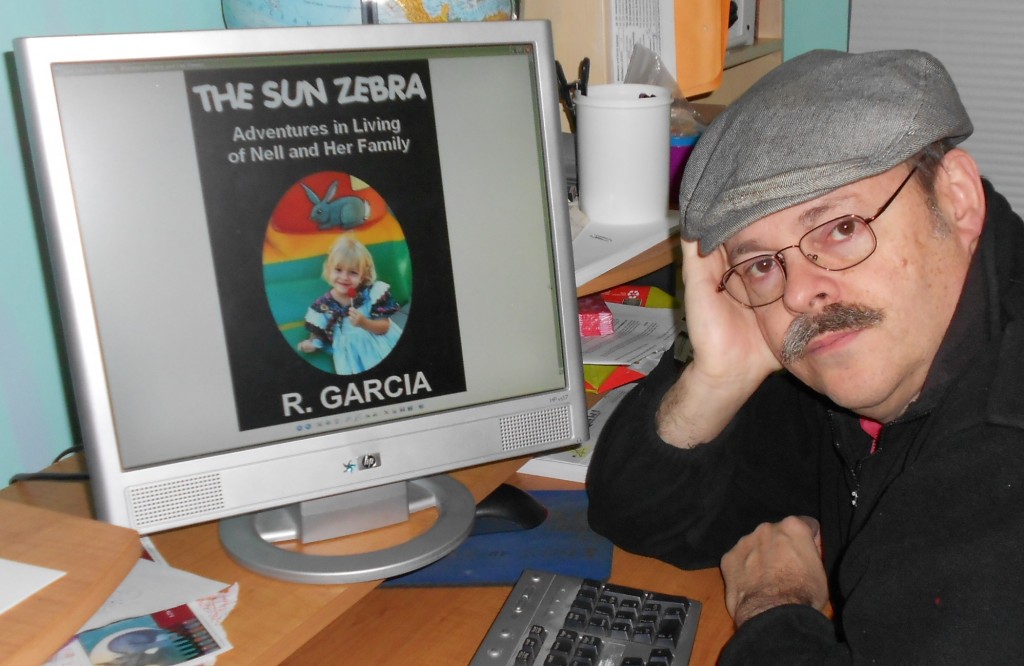 R. Garcia is the peculiar eclectic writer. He was born in Cuba, lived in several Latin American countries, and now resides permanently in the United States. Along the way he obtained a Ph.D. in a scientific discipline and produced several highly technical publications. However, one fine day he decided to fulfill his dream of writing something besides technical articles. This he began to do by publishing his work under the pen name “Phantomimic” on the document sharing site Scribd.com where his stories have accumulated more than one hundred thousand reads and hundreds of comments. Based in part on this enthusiastic response to his work, he decided to take it to the next level. His first book on the Amazon Kindle is a collection of short stories.

The Sun Zebra, a work of contemporary family fiction, is about the “adventures in living” of an unusual little girl named Nell, her mother, Rhonda, and Nell’s father who is the narrator of the stories. The stories deal with how the world of adults and its hard realities intersects with the magical carefree world of children. This book is what he likes to call a“children’s book for grownups.” Its aim is to encourage us to discover (or rediscover) the amazing things that children and their magical carefree world can teach us, even as we try to teach them about the harsh realities of our own.

He wrote the first story of the book after he saw a picture of a real sun zebra, but he can’t tell you more about this without spoiling the story. After this the other stories came to him one after the other. An insect boldly embarked on a courageous trek, Poe’s poem “The Raven” received a new twist, a Christmas tree revealed its secrets, and a forgotten superhero made his triumphant return. As he wrote these stories he realized he was writing about his daughter and about the child he once was, but within a fictionalized setting that allowed him to manipulate the elements of the story to experience again the wonder of the world around me through a child’s eyes.

Because he is a latecomer to this business of writing fiction, he decided from the beginning that he couldn’t afford to spend years of his limited time trying to land an agent and hoping a publisher would sign him up. It was clear that the best option was self-publishing. However, as he learned more about it he realized that this option had many additional advantages over traditional publishing such as better royalties and total control over one’s books. But even among those that still want to get traditionally published, self-publishing is the way to go to build a fan base and demonstrate to agents/publishers that your books will sell.

At the moment his book is only available on Amazon: The Sun Zebra

Is there anything else you would like to know about Rolando?