This Idaho author interview hits the mother lode today with Rick Just. There is a lot to love about this state, and this post drives home so much of what is great about living and writing here. As someone deeply committed to the outdoors, but perhaps less well-versed with my own backyard than I am with national parks or trails in other states, I’m excited to read his book on state parks.

Official Bio: Author Rick Just is a native Idahoan who grew up on a ranch along the Blackfoot River. He is a former Marine, a sometimes whitewater kayaker, an artist, a sports car buff, and the alpha male of his schnauzer pack. As a student, he served as editor of Boise State University’s nationally acclaimed literary magazine, cold-drill. During Idaho’s Centennial, Rick wrote and produced the official Centennial radio series, “Idaho Snapshots,” which aired daily on stations statewide. His YA fiction includes the Wizards Trilogy, Wizard Chase, Wizard Girl, and Wizards’ End; and Ghost Writer. His novels for adults are Keeping Private Idaho and Anjel. He has edited several books on local history. His most recent nonfiction book is a photo history of Idaho’s State Parks.

1. Please provide a brief synopsis of your most-recently released book.

My most recent book is in Arcadia Publishing’s Images of America series and it is titled Idaho State Parks. It is a photo history the park system, with an introduction by Cecil Andrus.

I always knew I could be a writer because my great aunt, Agnes Just Reid, was a writer of some note in the region. I’m inspired to tell stories. Writing is just one way to do that. My greatest inspirations are my pioneer family and the State of Idaho. Writing helps keep the old stories alive and can remind us of what we should not forget.

3. As an Idaho resident, what do you most enjoy about living here?

I’m a resident of Boise but a citizen of the state. I consider the whole state my home. In Boise, we have just the right population to assure that we have the amenities of a big city, especially in the arts, without sacrificing too much to crowding. 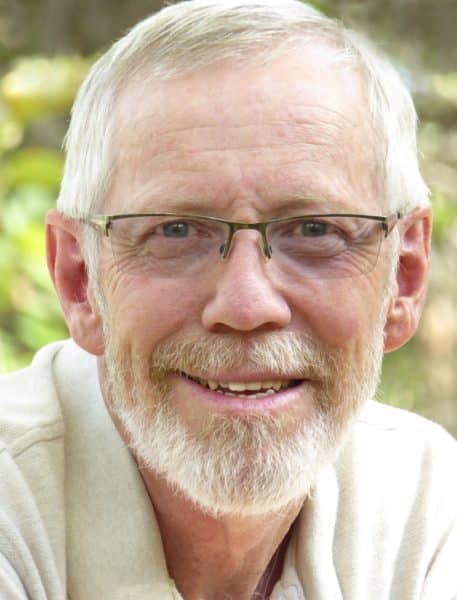 I’ll answer by quoting one of my recent blog posts. Idaho is proud of its writers from Ernest Hemmingway to Anthony Doer. Neither was born in the state, though. Some who were born here include:

Carol Ryrie Brink, who wrote more than 30 juvenile and adult books, including the 1936 Newbury Prize-winning Caddie Woodlawn. Brink was born in Moscow and attended the University of Idaho. She was awarded an honorary doctorate of letters from U of I in 1965, and Brink Hall on the campus is named for her.

Vardis Fisher was a prolific and gifted writer who created the 12-volume Testament of Man, which depicted human history from cavemen to civilization. He is probably best known today for his historical novel, Children of God, which traced the history of the Mormons, and won the 1939 Harper Prize in Fiction, and his novel Mountain Man (1965) which was adapted for Sydney Pollack’s film, Jeremiah Johnson (1972). Fisher was born near Rigby and lived in his later years in Hagerman.

Richard McKenna was born in Mountain Home. He’s best known for the historical novel The Sand Pebbles, which was made into the 1966 film of the same name starring Steve McQueen, Richard Attenborough, Richard Crenna, and Candice Bergen.

Sarah Palin sold more than two million copies of her book Going Rogue. The former governor of Alaska and vice-presidential candidate was born in Sandpoint. She received her bachelor’s degree in communication with a journalism emphasis from the University of Idaho in 1987.

Ezra Pound was an American expatriate who was as well known for his controversial views as for his poetry. He helped shape the work of T.S. Eliot, James Joyce, Robert Frost, Ernest Hemingway and others. His unfinished work The Cantos is much admired still, long after his death in 1972. Pound was born in Hailey, though he spent little time there.

Frank Chester Robertson was born in Moscow. He wrote more than 150 novels and many more short stories. Robertson won the Silver Spur award in 1954 from the Western Writers of America best juvenile story for Sagebrush Sorrel.

Marilynn Robinson, who won the Pulitzer Prize for fiction for her book Gilead in 2005 was born in Sandpoint. Her book Housekeeping, which is set in Sandpoint, was a Pulitzer finalist in 1982.

Tom Spanbaur grew up outside of Pocatello. He is a gay writer who often explores themes of sexual identity and race. Three of his five novels take place in Idaho, The Man Who Fell in Love with the Moon, Now is the Hour, and Faraway Places.

Laurel Thatcher Ulrich was born in Sugar City, Idaho. Her history of midwife Martha Ballard, titled The Midwife’s Tale, won a Pulitzer Prize and was later made into a documentary film for the PBS series American Experience. Oddly, she may enjoy more fame for a single line in a scholarly publication than for her prize-winning work. She is remembered for the line, “well-behaved women seldom make history,” which came from an article about Puritan funeral services. She would later write a book with that title.

Douglas Unger was a Pulitzer Prize finalist for his 1984 debut novel Leaving the Land. His other three novels and a collection of short stories have also garnered major nominations and awards. He was born in Moscow.

Speaking of Idaho is currently a daily Idaho history post on Facebook. After 90 days I have more than 1100 followers, plus I regularly post to four or five other Idaho history pages. That’s how I’m able to build followers. 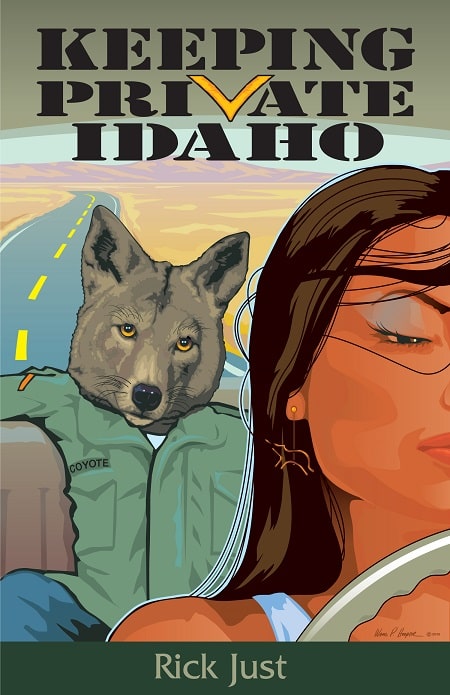 It depends on what I’m writing. For my blog posts I generally have my wife edit the first draft, then I reread it and make some minor adjustments before scheduling it to post. For books, I’ve done a little of everything. I have participated in one critique group that was helpful for a novel. All of my fiction gets two or three editing reads by me before it goes to a professional editor. Usually I have a couple of editors work on it. Non-fiction is more about fact-checking, but there are usually at least a couple of professional editors involved.

Both. I have one traditionally published book and have a contract for a second one. Another was published as a part of my job. Everything else is independently published. I confess that I don’t have the patience to shop books around. It takes forever. Ultimately, most of the marketing is up to the author either way. I do most of my own text formatting because I have a background in that. I contract with professionals for my covers.

I believe in social media for non-fiction. Non-fiction is always easier to promote than fiction because you are putting yourself out as an expert on some subject. Traditional media loves that. I have had some success getting radio interviews for a novel, if it contains an angle that is currently in the news. 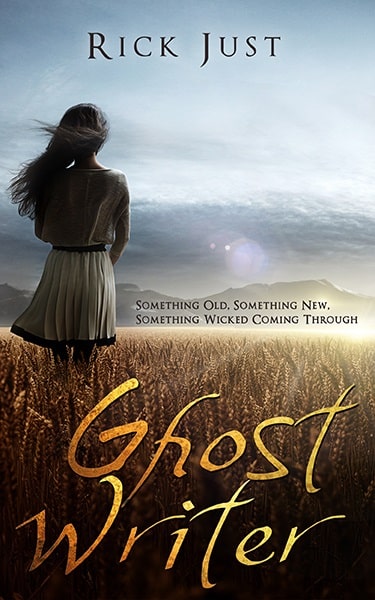 I’m working on a Kid’s Guide to Boise. I expect it to be out in the spring. I’ll likely work up a book or two from my Speaking of Idaho blog as well.

10. Is there anything else you want your potential readers to know? What passions drive your life?

I’ve found some success in doing public presentations. I usually sell a few books, and I was approached by a publisher because of my listing in the Idaho Humanities Council speakers bureau. If there’s one part of my biography that sets me apart, it is that I come from an Idaho pioneer family that went through what we would now call a cult phase that ended in murder. Way too complicated to detail here. Google Morrisite War on YouTube for my one-hour presentation on the subject.

“Non-fiction is always easier to promote than fiction.” Rick Just #MarketTip
Powered By the Tweet This Plugin

Is there anything else you’d like to know about Rick Just?

You can connect with Rick Just and his social media websites via his author website or get a daily dose of Idaho history via Facebook. Please take a moment to browse his published titles on Amazon.