Discovering talented writers makes truly makes me smile. Each author’s writing process, marketing strategies, and subjects vary so greatly, and yet a common goal persists: Bringing great stories to appreciative readers. Though it’s been nearly six weeks since I’ve been able to post and properly promote an author interview, today’s interview with Michael Cairns was well worth the wait!

Official Bio: Michael Cairns was born at a young age and could write even before he could play the drums, but that was long ago, in the glory days–when he actually had hair. He loves chocolate, pineapple, playing gigs and outwitting his young daughter (the scores are about level but she’s getting smarter every day). Michael is currently working hard on writing, getting enough sleep and keeping his hair. The first is going well, the other two…not so much.

The Spirit Room (The Assembly Trilogy, book one) is an urban fantasy/sci-fi novel with supernatural conflict on a global scale. Action, adventure, aliens, magic, mayhem & modern day super-heroes… An ancient cadre of magicians… A select team of extra-ordinary warriors… An unseen foe…

As two ancient forces battle for control, reality as we know it is being torn apart. Caught somewhere in the middle, and tasked with ridding the world of the insidious alien intelligence are The Planets. Neptune hails from Rio, the gay daughter of strict catholic parents. Mars, from Ireland, still missing the sister he lost years ago. Uri grew up on the streets of New York, and Venus… well, no one knows and she isn’t telling. Imbued with extraordinary powers, these highly trained individuals take the fight across the globe. With startling and unnerving revelations at every turn, the depth of deception is only now becoming clear… 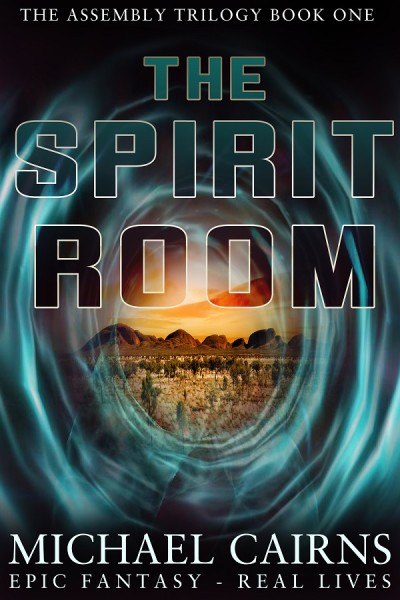 My motivation for writing is the same as my motivation for reading, really, which is escape. I’ve never had anything particularly to escape from, but the wonders of finding new worlds, and new people has kept my nose in a book since I can remember. Writing feels very much the same, even down to discovering my characters and their worlds, as I write. I don’t plan in advance, but instead just sit down and the plot and cast are revealed to me as I go along, so it’s a similar process as reading, just a little slower (though my typing has improved over the last six months!)

I think that being able to provide that escape for other people is a wonderful thing. Knowing how much it has meant to me, throughout my life, makes it very easy to sit down and write every day, if it is something I can bring to someone else. The books I have read have shaped me as a person, much as the music I listen to has. Art, in whatever format, is in someway, always about reflecting on yourself,and your place in the world, be it consciously, or unconsciously. The genre I write in enables me to provide both escape and reflection, I hope, to people who read it. 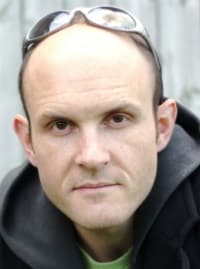 This one is tough, just because it is always changing. The most recent book that I loved was The Crippled God, by Steven Erikson, the last volume in his epic Malazan fantasy series. I loved it for the intricacies of the plot, the wealth of characters, all with their own motivations and foibles, and the sheer scale and scope. I feel his books, as well as read them, sucked in by the gorgeous language and description. Also, after ten pretty chunky volumes, it had the most amazing pay-off, which is still the thing that most authors seem to struggle with, a truly satisfying ending.

One of my all time faves is Fingersmith, by Sarah Waters. She writes with such clarity of vision, and depth of emotion, that it is impossible not to live with the characters whilst reading one of her books. Fingersmith is simple in many ways, but the characters are entirely human, and lovable, and flawed, and for me that’s probably the toughest thing to get right. Also, the last page made me blub and smile at the same time, which sounds weird, but is a good thing, I assure you!

At Cairns Writes you can download a free copy of my first novella Childhood Dreams, find podcasts, free short stories, info about me, and of course, links to where you can buy my books. 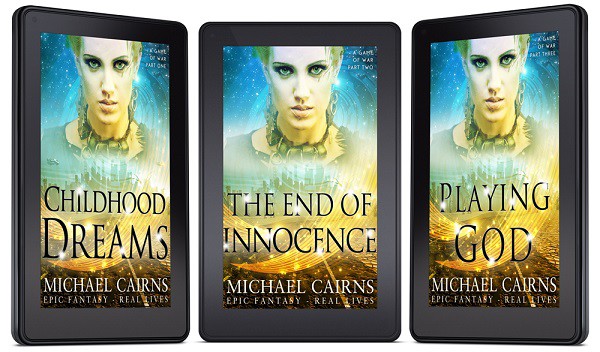 On the blog page the earlier articles are focused on the craft of writing, my writing life, book reviews and the like. Pretty soon we realised that writing non-fiction wasn’t for me. I have tried, honestly, but creating content every week was a massive struggle, and cut deep into my fiction writing time. So, over the last few months, the blog has changed. It now features more short stories.  I write regularly, in a variety of genres, (horror, fairy tale, speculative fiction, zombie/monkey/Saturday afternoon shopping hell cross-over)((actually, that last one isn’t quite ready yet, for some reason I can’t seem to make it work…)

I have also started posting serialised stories. So this week sees the completion of a thirteen-part story entitled ‘The Book’, based around the premise of ‘What would you do if someone gave you a book which contained the story of your life, including the bits that haven’t happened yet?’

5.  Are you traditionally published or self-published?

We made the choice early on to self-publish. Inspired in part by my crippling lack of confidence, and in a slightly larger part by the wonderful advice and examples of people like Jo Penn and CJ Lyons. Put very simply, self-pub’ equals more control, more choice, a quicker route to market, and greater return on investment. Having had a good trawl through what was already out there, we knew that it was essential to do it as professionally as possible, so we have editing done by the amazing Steve Parolini, and book cover design by the scarily talented Derek Murphy. I format everything myself in Scrivener, and run it through Smashwords for wider distribution.

Network, network, network. Build genuine relationships over time. Developing those relationships through mutual interests and a genuine desire to support each other, will trump any advertising and promotion, any day of the week. It also means that your promotional efforts are enjoyable, and sustainable, which for any author in this for the long haul, is essential.

My formal training ended with completing AS level English a year early at school. I then wrote horrible poetry through my late teens, moderately bad poetry during my early twenties, then sat down one weekend in my 30’s and churned out the first 10,000 words of my up-coming novel, The Spirit Room. That was about two years ago, and since then I have read and digested more blogs than I ever thought existed, and practised constantly. More on that below.

I am pretty disciplined with my writing. (some, my wife included, might say obsessed). I write everyday, and have done since the first of January this year. As I’ve got better, so I’ve pushed the word count up. I normally manage somewhere between two to three thousand words a day. I get into school early and write, then normally fit in a bit at lunch, then get home and write some more once my daughter’s in bed. This is the best way for me, and has led to nearly four hundred thousand words so far this year. The evenings are also given over to marketing, editing, and social networking. My editing process is always evolving, but in brief:

I ‘first draft’, then put it aside for a few months. My wife reads it through and takes a first pass at editing. Then I take a second pass, usually covering the big stuff like plot, and getting the characters right. Then I send it off to my editor, who gives me a big chunk of feedback. I normally action all of it, once I’ve stopped crying, then send it off to beta readers, who give me more feedback. Cue next pass, including a pretty close proofread. Then it’s off to the official proofreader, aka my mum, before my final changes and formatting on Scrivener. Meanwhile wifey liaises with the cover artist and keeps me on track with publishing deadlines. Once all that is done, my wife and I get it out across all the sales platforms. We have two or three novels and a couple of novellas going through different stages of the process at any one time.

Also in draft is my first epic fantasy, A Thousand Hours, and I’m halfway through What Forever Feels Like, my Zombie/People from another planet/Steampunk novel, which I’m quite proud to say actually features some pretty serious themes. And zombies, so, hey, where’s the bad?

I love chocolate! No, really, it’s becoming a problem. Also, I love comics, and read them as voraciously as books. Anyone who considers him or herself a serious reader should check out Strangers in Paradise, Sandman, and Love and Rockets. Perfect storytelling.

“I am pretty disciplined with my writing. (some, my wife included, might say obsessed).” @cairnswrites
Powered By the Tweet This Plugin

You can connect with Michael and his social sites via his blog Cairns Writes where you can also download his novella Childhood Dreams (A Game of War, Part one).

Is there anything else you’d like to know about Micheal Cairns?