Melissa Tomlinson Romo’s historical novel stands as one of my most memorable copyediting projects because I learned a lot by working with an author so dedicated to making her work the best it can possibly be. Not to mention, I have gifted this novel to more than a few people, and they have all enjoyed it. I hope you will feel compelled to read her book as well.

Official Bio: Melissa Tomlinson Romo is an American writer with a wandering soul. She spent the last two years of the 20th century living in Warsaw, Poland, an experience that inspired her to write Blue-Eyed Son. Melissa is hard at work on the prequel, to be published in 2016. She works full time in marketing and lives in London with her husband and two sons.

The book is called BLUE-EYED SON and it is a historical mystery set in the 1990s and World War II.

BERLIN, 1942. An orphan boy is adopted by a childless couple. He grows up in a divided and war-weary Germany with the legacy of a hideous crime on his conscience. More than fifty years later, his American daughter, Agnes, prepares to marry her Polish-American sweetheart. But when the wedding day comes, the father of the bride fails to appear and the groom storms away with a mysterious letter. In that moment, Agnes realizes that even half a century isn’t long enough to extinguish the flames of war. Hoping to forge a peace between her father and her groom, Agnes ventures to Berlin, Munich, and ultimately Warsaw in search of answers only her father’s estranged and ailing mother, Gertrude, can provide. But as Gertrude’s health deteriorates, it becomes clear that she holds the key to a horrific secret that she is determined to take to her grave. To uncover the truth, Agnes must race against the silencing jaws of death through a tangled post-Communist bureaucracy, American embassies, Polish convents, Nazi legacies and the spectre of her own doubts. Agnes must decide how far she is willing to go, and if it’s worth destroying her father and casting shame over the final days of the woman who raised him. 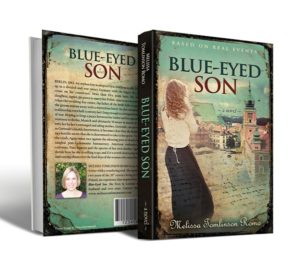 I love to be absorbed in a story and I especially love historical mysteries – those little corners of our past that remain unsolvable or even unknown. When I was in high school I pulled a nonfiction book down off my parents’ bookshelf – it was called Best Evidence by David S. Lifton. The book was about the Kennedy Assassination and I remember seeing pictures in it of Kennedy’s skull – the exit wound from the gunshot clearly in the rear of his head on the front – which disproved that he was ever shot by a gunman in the Texas School Book Depository. I was amazed, as if I were the only one to have discovered this picture – published in a book – and was the only one who really knew the truth. Which of course I wasn’t! But the discovery of something that has been unknown, misstated or misrepresented has always made me have a fire in my belly to set records straight!

My main passion is definitely travel, and unfortunately, things that have sugar in them! I mainly travel to discover material for stories. Being in places unfamiliar to me is the best way to get inspired. Again – it’s always about discovering something other people haven’t discovered yet and bringing it back to show them. 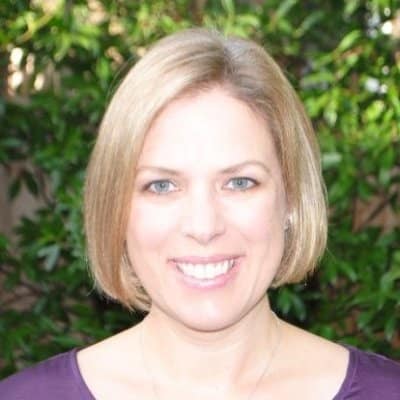 My favorite novel is usually one I’ve read recently, then when I read another that becomes my favorite novel! In the last few years I have been amazed by both Sarah Waters’ book The Paying Guests and Anthony Doerr’s book All the Light We Cannot See. Waters’ book is a 1920s detective story set in South London, where I live now, and I loved all the period descriptions and atmosphere her story created. There was so much tension in every page! Doerr is quite literally a virtuoso – his powers of description and ability to capture emotions and feelings in words is unrivalled.

I blog on my website melissatomlinsonromo.com and I usually blog about what I’m writing or researching, notes on traveling, and sometimes just miscellany.

I was so overwrought with perfectionism about BLUE-EYED SON that it nearly killed me. I was part of three different writing groups through the course of writing and got great critiques from them. I pitched the book live to five of the big New York publishers, and got critiques in the process. I participated in writing classes (more critique), networking groups (more critique), sent the book to 12 “beta” readers (more critique) and hired two editors and worked with a friend on proofreading before I was finally done. It was too much critiquing and fiddling. It’s hard getting your first book right, especially when you are making all the publishing decisions. I was really concerned about it being a flawless read. I’m sure it’s not, after all that!

Self-published. I have nothing against the traditional publishing path. I reached a point of receiving more than 60 rejections from agents, many of them of the kind where they expressed what seemed like genuine interest and a real indecision about not taking the book. It was tough to get those! Ultimately finding a good agent is very much about luck and timing (assuming you’re a quality writer) and then finding a good publisher is about more of the same. I decided that finishing what I started was really important to me, seeing the book exist in the world and being able to offer it to readers, so I decided to publish it myself. From a business standpoint, I keep a higher percentage of the royalties now and given that more than 50% of books are purchased online, mainly through Kindle, I didn’t need a publisher to have my book shelved there. The challenge is of course now getting my book found in a sea of titles! 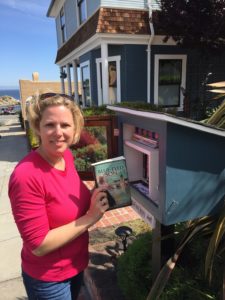 I wish I could, marketing and publicity is something I need to do much more of but I work full-time in a global marketing job (ironically) and am busy with that 60-70 hours a week. Anytime I have left over I want to make sure my kids don’t forget who I am! My advice on the basics would be to make sure you test your book blurb with readers so you can spot where it is confusing or worse, boring. If you can’t do a website and don’t have time for a blog, I really think Facebook is a good alternative to both. I have a website but Facebook is a much more immediate way to interact with people. Use your networks too. My friends and family spreading the word were a big part of the book selling strongly at the beginning.

I’m working on both a prequel and sequel to BLUE-EYED SON as well as a memoir about relocating to London with my husband and two kids. It wasn’t always smooth sailing, so to speak, and was full of surprises!

I really hope to find readers among young women, and to write female characters they can admire and emulate. I am not a fan of damsels in distress, romance, and storylines that are generally about girls chasing boys. This is why I have so much trouble with Jane Austen! My book does have some romance to it, but my main character is really her own woman, following her own path, on her own mission. It doesn’t matter what the men around her do or don’t do. I think women in general have a difficult time being that independent. It can be lonely and scary to be independent, I’ve felt it myself, but so many women put themselves in the background once they meet a man. I really regret that for women. I wish women could stand on stronger ground. Be your own woman, girls!

I was so overwrought with perfectionism about BLUE-EYED SON that it nearly killed me. @romoauthor
Powered By the Tweet This Plugin

You can connect with Melissa and her social media accounts via her website. Explore her short fiction and magazine writing here.

Is there anything else you would like to know about Melissa Tomlinson Romo?

Guest Post: Do What You Love on Crystalize Your Life. Please join me for an overview of how Word Bank Writing and Editing came to be.