Today’s author interview takes place with Larry Crane, a multi-talented author equally at home writing novels and plays. My review of A Bridge to Treachery deemed his book “Intense and Intricate.” I think you will also find that an apt description of the man behind the words.

Giveaway! As a bonus to today’s interview, the first five commenters will receive a free copy (paperback or ebook) of Larry’s novel.

1. Please provide a one sentence synopsis of your book.

In A Bridge to Treachery, an action/thriller, Lou Christopher confronts his weaknesses that open the door to enemies who would use him for their own evil purposes and discard him like a bag of garbage.

I’m mostly just trying to tell a good story, something that I would like to read. I write to test my ability to be funny, or to tell the truth, and to hold the interest of my audience whether they are seated in a theater or under a reading lamp in their living room. I keep trying to build on my study of craft. Whatever themes the stories may contain only emerge from the justification I need to muster for the actions of my characters.

I knew I wanted to become a writer when I began to believe that I could fire up the imagination of people I admired, if only for a few minutes or hours. As a college freshman in an English Lit course, I was blown away as I heard my prof extol a small piece of writing by one of my classmates, all the while believing: Hey, I can do that!

So much of everyday life is just understanding what happens. This writer may not know any more than the next guy, but by putting it down on paper, I can work through it and come to some understanding. 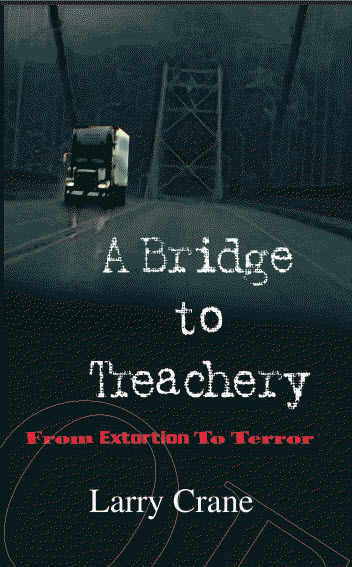 One of my favorite novels is Deliverance by James Dickey. I have read it over and over, and I have watched the movie many times. It is a physical story. It has a geographical grounding that is important to the story. It is chock-full of male specific moral implications. It is right in my personal wheel house.

A good story is well crafted structurally. The characters are true to life and sound like real people. Something interesting and important to them alters their status quo. We, as readers care what happens to them.

Personally, I look for a book that transports me from my own life into the life of the characters. I especially want to be emotionally moved by the story. As a writer, I just tell my story, but it is a story with some emotional impact. I’m writing for myself, and hoping the reader is coming along with me.

My blog is named Maine Larry Crane. I’m new to the process, and am still refining my focus.The purpose of my blog is to exchange ideas on the subject of story-telling with anyone who ventures my way on the internet. I’ve written for the theater a lot and that experience represents the foundation of my thinking about how to go about telling a story. I have found that I am usually working on several projects across the spectrum of story-telling forms semi-simultaneously, including video production, plays long and short, and most recently my novel, A Bridge to Treachery. I also pepper the blog with opinions about marketing and promotion, and some other far-out notions about subjects that crop up.

My publisher is Brighton Publishing LLC under a subsidized contract. The first version of the book was finished years ago, and I spent several years pursuing agents and traditional publishers without success. I put the book in the drawer and concentrated on other projects. Two years ago, I decided to give the book another go. I extensively rewrote by going after the text with a meat cleaver. While the story improved immensely, my knowledge of how to navigate the publishing world was still very muddled. I knew I’d need to put some serious money into editing, cover design, and many other mysterious subjects. I decided to work with Brighton, and they have led the way for me. Going totally indie is not an easy path. I have actively participated in the editing, revision, and cover design processes with the people at Brighton, and had a lot of fun doing it.

I only started intensively working in the marketing and publicity areas after A Bridge to Treachery had been in the market place for several months. I was clueless about what I needed to do to give “Treachery” a chance to poke its head above the surface of the ocean of books that are published every year, to be noticed. After a lot of study and work, I have created an online presence. I have actively pursued reviews in the belief that they are a key publicity piece. It’s preferable to do all of these things before the book is released. The best advice I have received is to take a long term approach to marketing and promotion. After a year or more of energetic, methodical work, you may see some results and they may only benefit your second book.

I’m self-taught with a ton of help from textbooks and correspondence course materials. It’s all in keeping with my scatter shot approach to everything. Jan, my wife and I spent a couple of days together in a screenwriting seminar in Manhattan put on by some hotshot from California. It was fun and it was good, truth-be-told. I’ve participated in web-based novel critique group sessions. Jan and I spent a couple of years in two very productive playwriting groups.

These past several years my writing has been diverse and predicated on meeting deadlines. I do a lot of trolling for opportunities for submitting plays to contests, festivals and other venues. They may require completely new material or a revision of something old. During the run up to publication of “Treachery” I was completely absorbed in going over every sentence for the twenty-third time and revising where necessary. I work now alone mostly, not as a part of a group. The editing for “Treachery” was part of the Brighton contract.

I do most of my hardcore physical writing work at night until the wee hours and after all the normal niggling duties of life are attended to. I read what I’ve recently written up to a certain point to prime the pump, then I forge on in torrent of words which may or may not make the grade in the next rewrite. I ruthlessly steal scenes, conversations and characters from plays and stick them into other things. It’s a mess, but I need to get the thing done and to get into the real fun: revision. 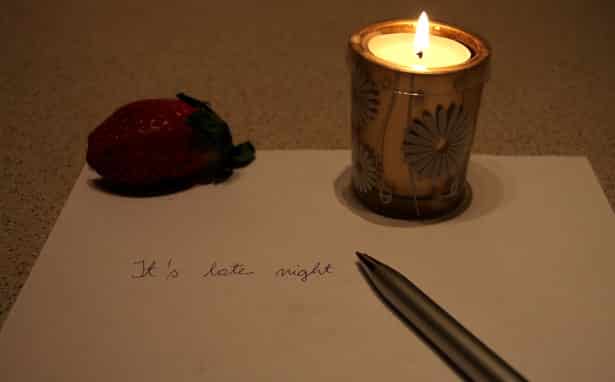 “I forge on in a torrent of words.”

I’m going to be submitting at least one new short play to a contest with a deadline of December. I’m on the cusp of going heavily into a sequel to A Bridge to Treachery.

I was recently challenged to write a ten-minute play in 24 hours. Several of us were given the same conditions to inform the writing: a cast of actors, a prop (a box in this case), and a line of dialogue. With that, we began. I had my cast, a woman and man of the same age and a much younger other man. In 24 hours, the play would be performed before a live, paying audience.

I had a drive of an hour and half ahead of me before I could write my first word, but I used the time to dream up the story.

I had been working hard on revisions to “Treachery.” Could I use some of the novel in the 24 hour play? Yes! Follow me. A certain point in the novel, the protagonist and the ingénue, Lou and Sydney, are hiding in the underbrush of Turkey Mountain, eluding the authorities who are combing the countryside with dogs and choppers. There are several pages of dialog in the scene.

Steal that scene and the dialog for the play! Go for it!

In my play, two members of my cast would become a man/wife acting team rehearsing the scene for a movie: Escape From Turkey Mountain. The other, younger man would become the director with a foible: he adores the movies starring Tracy and Hepburn. The result: a hilarious ten-minute play called “A Little Connecticut.”

Moral of the Story: Use what you’ve got. 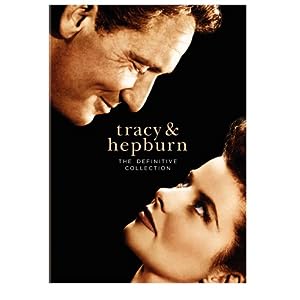 You can connect with Larry Crane via his blog.

Is there anything else you’d like to know about Larry?