I can’t think of a more fitting and deserving author to start a new year’s worth of monthly interviews off with than JT Twissel. She’s quirky and fun, plus she possesses some pretty serious writing chops. Her writing voice always draws readers in and she excels in capturing a sense of place.


Official Bio: My roots are in a small town in Massachusetts although I was raised in Reno, Nevada. Before becoming a full-time writer, I put in my time as a wife and mother, newsletter editor, secretary, process analyst, project manager, and technical documentation manager. I have a degree in English from UC Berkeley, which is really a degree in Literature so don’t ask me to debate a sticky point of grammar! My husband and I have two exes with spouses and five children between the two of us. And a cat, Pretty Kitty.

Willful Avoidance is the story of a woman who from the outside has it all – a successful husband, a home in a desirable neighborhood, and two healthy children. But it’s all smoke and mirrors. When the curtain falls, she is left with a conniving ex, a string of temp jobs from hell, and a tax debt she couldn’t pay off in a million years.  Enter a no-nonsense tax attorney who’d rather be rescuing horses. Sparks fly between the two from the beginning.  Fourteen years of tax cases have left him with a hard and cynical shell while she is ready to do battle, confident that they will win.  The title is from a section of the tax code designed to provide relief for women who were duped and mislead by an ex-spouse. Although it sounds like a grim read, readers have reported many laugh-out-loud moments. 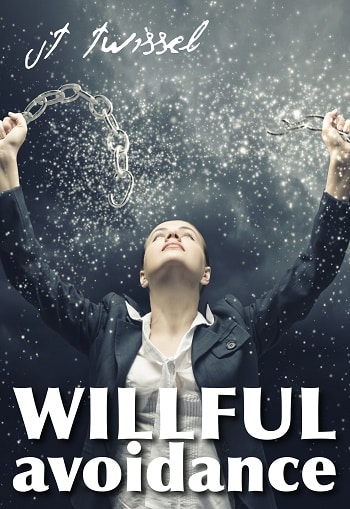 Truth be told, I write to amuse myself. I am fortunate to have met and gotten to  know many unique people, many of whom are now gone.  They haunt me.  When I write about them, they’re here with me.  You could say, I’m addicted to that feeling.  I also write to make sense of things that perplex me, right wrongs and atone for my many lapses in judgement.  If someone is entertained or amused by something I write, that fulfills me.

My passions are art, music, remodeling, working with at-risk children, and visiting my adult children who for reasons I don’t understand, want to live as far from me as possible! 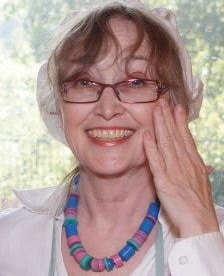 Pride and Prejudice.  It has all the elements I try to incorporate in a story: witty prose, unforgettable characters, and an original storyline.  I’m also influenced by Dickens’ ability to tie seemingly unrelated story lines together. I believe in serendipity.

My blog is simply JT Twissel.  It doesn’t have a set theme.  Sometimes I feel silly; sometimes serious.  Readers can find a great deal of background for all three of my books: odd facts about Nevada (Flipka); true tales from my travels in Europe (The Graduation Present) and satirical stabs at tax law (Willful Avoidance.)

Often I will showcase other writers. The best way (unless you’re already an established writer) to gain more followers is to be active in the blogging community. Once I figured that out, I started following every blog I came upon, which was, how shall I put it, interesting. Gradually I’ve limited myself to actively following a group of about twenty-five equally supportive bloggers. I also participate in the following hashtag events: #MondayBlogs, #ArchiveDay #ThursdayDoors and my favorite for obvious reasons, #WordlessWednesday.  There are many many others but I just can’t keep up! 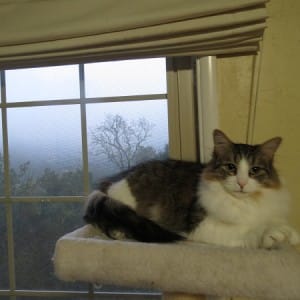 I’ve been writing for about thirty years so generally I’ll take snippet begun when my hair was really blonde and work it into something. It’s amazing (and often daunting) how many snippets I have.  They’ll probably keep me going until I die.  I have an early reader who also advices me on problems with the storyline however I find critique groups exhausting. I’ve never hired a professional to critique what I’ve written.  I know writers who have and then given up writing.

I’m published by Booktrope, a hybrid publisher.  By that I mean, they adhere to the team concept which works for some writers and not for others.  The editors, cover designers, book managers, and proofreaders basically volunteer to work with a writer for a percentage of the book sales. However, the authors are expected to work their fannies off to make the effort worthwhile to their teams.  Some authors seem offended by that requirement. But I’m a team player and so far it works for me.  I know many writers who are self-published.  They’ve done all the work but they’ve also gotten to keep all the money!  It’s just a matter of how you like to work and what you’re willing to give up. 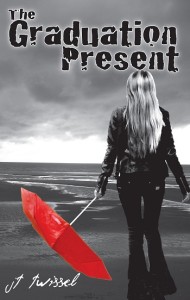 I’ve had the most success marketing on Wattpad, the free reading site, and with giveaways on Goodreads. The best advice I’ve received is to keep on writing and not become discouraged by low book sales. I must admit, when it comes to marketing and publicity I’m the last person you want to get advice from.  I’m much too shy to approach book reviewers and bloggers.

I’m currently working on the sequel to FLIPKA, my first novel. I wasn’t planning on writing a sequel but the ending of the first book was too ambiguous for some readers who wanted more. Never leave the ending of a book too ambiguous or you’ll end up having to write a sequel!  Still I guess I should be happy people are looking forward to more Flipka, right?  And she is a character I really enjoy spending time with.

Oh golly, I’ve had people say the most peculiar things about me.  One friend said “You’ll like my girlfriend.  She’s a lot like you only she isn’t crazy.” Another said, “You’re neurotic but you’re a lovable neurotic!” At least two of my main characters (Fi Butters in Flipka and Riley O’Tannen in The Graduation Present) could be described as lovable neurotics. To an extent Maya Bethany as well although her situation in WA would make anyone neurotic. I’ve always said “yes” to new experiences which has lead to many a wacky adventure. Somehow I manage to fit them into my stories.

“You’re neurotic but you’re a lovable neurotic!” @jttwissel
Powered By the Tweet This Plugin

You can connect with Jan and her social media sites via her website.

Is there anything else you would like to know about JT Twissel?

Permission must be granted by JT Twissel to use the author image and cat image in this post.