Today’s author interview takes place with John Hartnett. Just by the twinkle in his eye, it’s safe to say he attempts to bring the same sense of fun and light-heartedness to his writing. Kudos to anyone who can write humor well since it’s not as easy as it looks!

The Barber’s Conundrum and Other Stories is a collection of humor essays that address every day life including parenting (The School Project: An American Tragedy), relationships (How Bananas Almost Destroyed My Marriage), religion (If We’re Late Again for Church, I Will Kill You), the media (There But for the Grace of God Goes the Weather Reporter), animals, specifically geese who tie up traffic by refusing to fly (Behold the Goose), the afterlife (An Unwanted Glimpse of the Afterlife), and other topics readily identifiable and relatable to anyone who doesn’t employ and house a staff of servants that outnumber their immediate family by a ratio of 16:1. 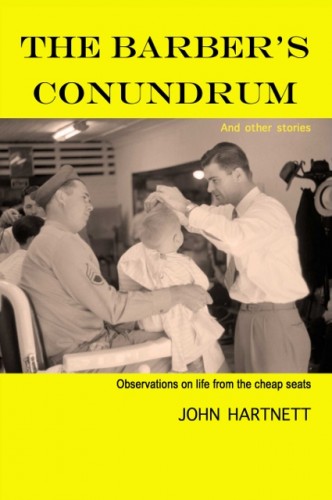 I have always loved comedy and making people laugh and have a deep appreciation for humor writing, particularly one-liners because they require so a solid understanding of joke construction, cadence and rhythm. For me, I write to entertain people. I’ve made a conscious decision with this book and my comedy site, The Monkey Bellhop, to write material that is suitable for all audiences and doesn’t disparage individuals, but maybe institutions like Congress, but not individuals.

Taking this question as a form of word association, the first book that comes to mind is Sometimes A Great Notion by Ken Kesey. Part of its appeal may be the time in which I first picked it up. I was a teenager in the 70’s living in New Jersey and very enamored with the west coast and Pacific Northwest. In fact I ended up moving to California for 14 years right after college.

It’s in some ways a David vs. Goliath plot (and most people love those kinds of stories) but with a bit more context and empathy around the character of Goliath. There’s also the Native American, Hippie and patriotic American perspectives that almost force the reader to keep an open mind when considering who is right or wrong. 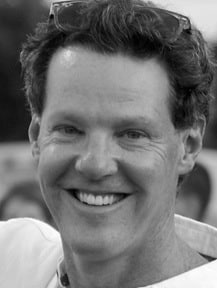 My blog is called The Monkey Bellhop and it is essentially a comedy site with a couple of running “columns” including “It’s I’ll Answer Your Questions, Monday,” “Thoughts While Starting Out My Kitchen Window,” “Friday’s One Size Fits All Weekend Horoscope,” “Monkey Bellhop Movie Reviews” and a few others. All of the humor is safe for all audiences, mostly self-deprecating and solely intended to entertain.

For The Barber’s Conundrum, I self-published it because I knew that no traditional publisher would be interested, and I wanted to see if I could do the whole thing myself and see how far I could get. I designed the cover and did all the proofing, formatting and everything else. Not because I’m really good at it all but because I’m really cheap.

Facebook has been the most successful marketing tool thus far. It’s generated lots of word of mouth sales and also helped to promote author events I lined up. I have been very fortunate to have generated some solid reviews on Amazon and that has directly lead to more sales. 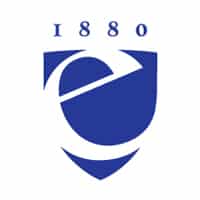 I have studied writing and graduated from Emerson College with a degree in Film and Mass Communications. I studied comedy writing under the actor/comedian Denis Leary when he was teaching there. Subsequent to graduation I wrote jokes for comics, movie treatments and a little animation and tv material. I’ve not attended any workshops or conferences since college and I’m not opposed to doing so, the right opportunity just hasn’t presented itself yet.

I know that I could use an editor but truthfully, I’m it. I tend to write comedic material in a stream of consciousness state and then go back to tighten things up several times before being satisfied with the end result. I tend to write as I speak whenever possible because I feel rhythm is very important.

I have a book on Facebook posts in the works. I have more than three years of material — mostly all jokes that reflect the culture, typical interactions and evolution of FB over that time. In some ways, it’s a parody of the site if such a thing is possible. I’m also working on a novel like the rest of my fellow Americans who aren’t working on screenplays.

I feel the airline industry is just phoning it in when it comes to customer service. I’d also love to hear from anyone who wants to get in touch for any reason. I am always happy to assist others if I can.

“I tend to write as I speak whenever possible because I feel rhythm is very important.” @johnjhartnett
Powered By the Tweet This Plugin

You can connect with John Hartnett and his social media sites via his website and blog.

Is there anything else you’d like to know about John Hartnett?