This interview with Erma Odrach represents a lovely surprise that recently came my way. I’ve always been a fan of the short story form as well as enamored with the wilderness and remote areas thanks to my stint working in Yellowstone National Park during my college years. Alaska is on my list of places I long to see, so I’ve added her story collection to my reading list. If you are drawn to the mystique and allure of Alaska, I hope you will add her book to your reading list as well.

Official Bio: Erma is Canadian and lives in Toronto with her family, cat, and dog. Alaska or Bust and Other Stories is her first book of fiction and is largely based on the time she lived in the Yukon/Alaska region. She has a love of the North–the beauty, the wild, the pristine rivers and lakes. Also, she’s been a lit translator for many years, translating the works of her late father, Theodore Odrach.

Alaska or Bust and Other Stories. Funny, serious, quirky – the reader is taken off the beaten path on a sub-arctic journey, where the land is raw and beautiful and larger-than-life. Though the stories are fiction, they are all drawn on real events and people. Allow me to introduce you to a few of my characters and to show you how I took them from being real to not so real:

In “Luke’s Libido” Luke from Fairbanks turns things upside down with his high-running libido. ‘Luke’, though not his real name, existed and worked in a small shop selling men’s products. I changed his hair from blond to black, made him more aloof, and gave him a pick-up truck to drive instead of a Volvo. There was always a lot of gossip surrounding him, and I drew on that.

In “The Really Big Nose”, Daphne is a vaudeville performer in Dawson City and she has a really big nose–she re-enacts the wild and crazy gold rush days of 1898. To disguise her I gave her an even bigger nose, made her skinnier, and gave her a green and white parasol to carry around.

In “Alaska or Bust”, Giorgio, a fancy Italian tourist cycles up the Alaska Highway and gets mauled by a bear. Though it’s true, he did get mauled by a bear, in reality he never owned a pizzeria and he was from Naples not Florence. The women went crazy for him.

In “Chuck Goes to Haines Alaska on the Fourth of July,” Chuck, a street-wise city mongrel jumps out of the back of a pick up truck and gets lost in the wild. I kept Chuck true to himself; after all, he was just a dog.

There are 25 stories in total. 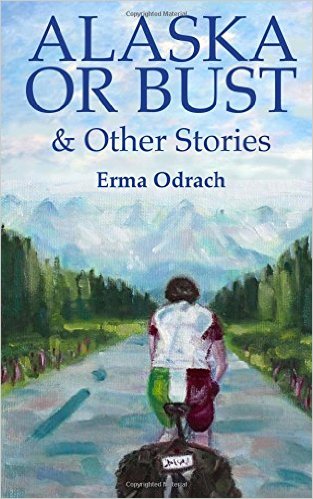 It’s quite simple really, I write because I enjoy it, it takes me to another world, and in that world I am free to do and say as I please. It’s also a great form of escapism, maybe even therapy. My father was a writer and immigrated from Belarus to Canada. I spent a lot of time translating his work (fiction) into English. My translations have appeared in many magazines such as Connecticut Review, Mobius, the Penguin Book of Christmas Stories and more. In 2008 Wave of Terror (a novel about Stalinist occupation during WWII) was published by Chicago Review Press. So, I guess writing has always been a part of my life in one way or another. My father is my inspiration, though he died when I was nine

I have two daughters and it’s great having watched them grow into adulthood and with all the happy and difficult moments along the way. It’s fun to chill with them or maybe go for a coffee and shoot the breeze. Also, I love architecture, live theatre, biking, and where food is concerned, curry, sushi, watermelon, and yogurt. 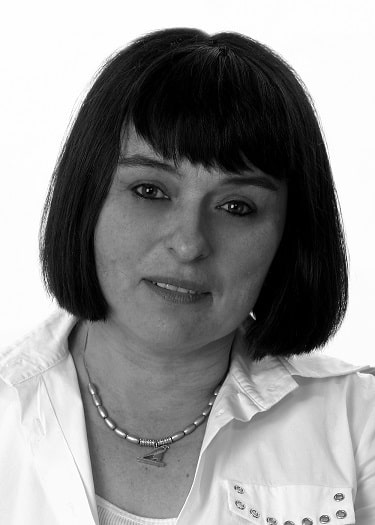 I lean toward the Russian classics, and if I had to pick one, then I would go for Crime and Punishment by Dostoevsky, and maybe The Idiot too. I love how his work is so full of different voices and perspectives, and it’s all so confusing and unwieldy, and then everything gets sorted out and comes together in the end. His characters are all believable, and there’s psychological tension and inner turmoil, especially in Raskolnikov’s case, as he struggles with the guilt of his crime. Another favorite is Mihail Zoshchenko, the satirist. Of the more modern writers, I like Victor Pelevin, who writes post-modern, eclectic fiction but carries on with the Russian tradition of black humor. Good writing inspires me overall.

My blog is called Bank Street, which I’ve recently started up. It’s a meeting place, a community, a neighborhood, where people get together, do their own thing and share poetry, book reviews, craft sales, book excerpts, interviews and more. My blog’s name comes from a novel I’m working on, which is set on an inner city street called Bank Street. Here are some of the people that live there: Theodore, the tormented writer; Pavlo, the armless painter; Christy, the not-so-happy divorcee; Antonia, the man-killer; Rogerio the bootlegger; the Lemon Bucket Orkestra and more! 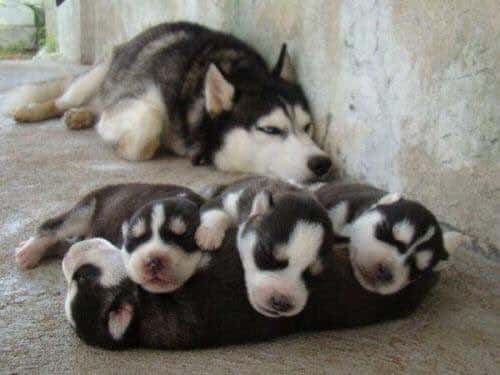 I like to write in the morning if I can, when I am most alert. Though I start with an idea, I never know where I’ll end up and sometimes I surprise myself, for better or for worse. It’s always fun. Also, I belong to an authors’ group and we get together and share. My editor is Veronica Castle at Crimson Cloak Publishing and she’s great.

I’m traditionally published by Crimson Cloak Publishing, a small but very active and eclectic press in Missouri. They provide all the editing, do the formatting etc. Promotion is something we do as team, but that’s true of most publishers these days. It’s tough out there! The cover for Alaska or Bust is an oil painting by Leslie Dolman. 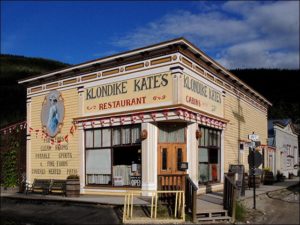 As we all know, online marketing is invaluable, though oversaturated, where the same marketing tips seem to get regurgitated over and over. It’s good to take a break from it all and try and meet up with your readership face-to-face such as in libraries, book clubs, book stores, cafes, readings and so on.

I’m working on a novel, which focuses on a street called Bank Street in Toronto, and it’s all about the people that live there. Characters are a central element to all storytelling–they have to show a range of emotion such as fear, sadness, anger, excitement, happiness and so on to make them believable. Bringing them to life is one of my favorite challenges. Everyone on Bank Street is up to something, and they all exist(ed), though mostly in a vague, abstract sort of way. They do a lot of oddball things–they drink way too much, hoard cats, bootleg, even kill. The book, though serious, also has considerable humor. 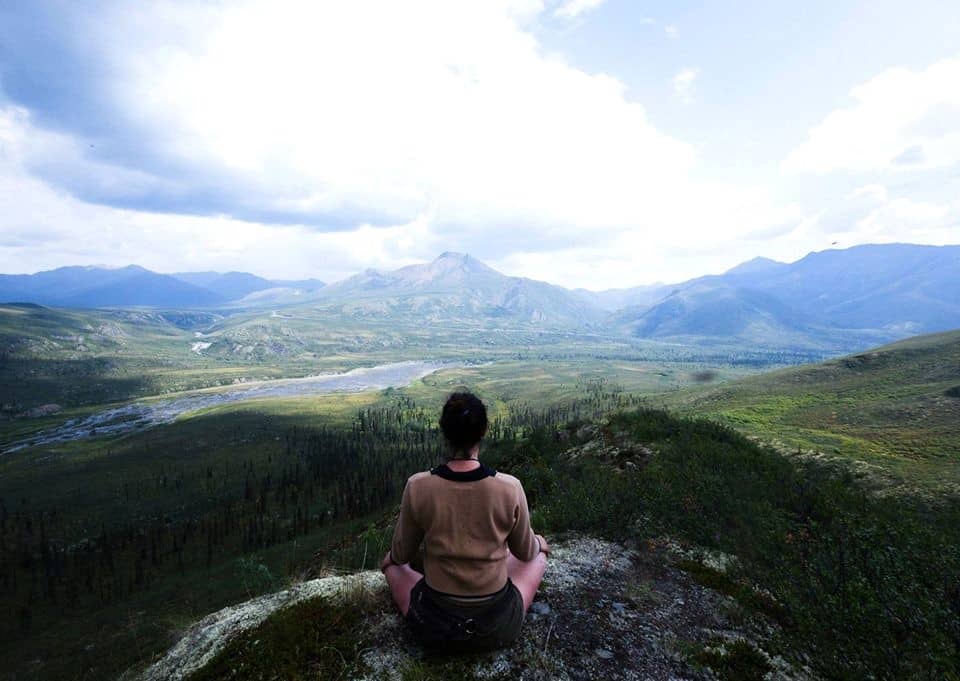 I’ve been called a turtle, which may be true, but I’m more like the turtle in the Turtle and the Hare. For example, not too long ago a friend of mine and I were late for an event. He was rushing, telling me to hurry. I took my time and got there first. He went the wrong way. I pace myself in my writing.

#MarketTip: Meet up with your readership face-to-face such as in libraries, book clubs, etc. @ErmaOdrach
Powered By the Tweet This Plugin

You can connect with Erma and her social media accounts via her website.

Is there anything else you would like to know about Erma Odrach?