Doug Copsey first made an appearance in my life as the booming voice that introduced the many outdoor summer plays at Idaho’s Shakespeare festival. It wasn’t until a couple of years ago that I met him when he spoke at a meeting for the Boise Chapter of the Nonfiction Authors Association. Since then I’ve seen him around at Idaho Writers Guild Meetings. His drive and involvement has had quite the impact on Boise’s literary milieu.

Doug Copsey served as President of the Idaho Writers Guild from its inception in 2009 until 2015.  He remains on the Board of Directors.  In addition to writing locally for Boise and McCall magazines for more than a decade, and being a partner in Writers, Ink. since 2009, he is the author of With Our Good Will – 30 Years of Shakespeare In Idaho (Caxton Press, 2006), and completed a series of historical essays for a new book, Snake River Discovered (Kirk Anderson Photography, 2013.  He is currently working on his second novel and marketing his latest screenplay.

He is the Founding Producer of the Idaho Shakespeare Festival, having produced the initial six seasons, serving as Artistic Director for three of them.  In addition to numerous acting and directing credits, he was named President of the first Board of Trustees, on which he served through the tenth season.  He currently serves on the Festival’s Advisory Board.  He is also member of the Screen Actors Guild and Actor’s Equity Association with extensive credentials over more than 40 years.

He has also worked as a writer/director/producer in film and video for over 40 years.  Along with a wide range of wildlife, environmental and corporate documentaries, he is most notably associated with Jalbert Productions of New York.  In 1986, he and Mr. Jalbert created a package of nationally syndicated outdoor sports television shows that ran for almost 20 years.  He was Co-Producer, Director and Writer for One Light One World – Official Film of the 1992 Olympic Winter Games, which was nominated for an Emmy and won a silver medal at the New York International Film Festival.

1. Please provide a brief synopsis of your most-recently released book.

In 2013 I wrote a series of essays for Snake River Discovered, a beautiful photography book published by Sun Valley photographer Kirk Anderson. Prior to that I completed a feature-length screenplay titled Bedarra (Grass), based on the true story of three Basque sheepherders in southeastern Oregon who were the first to defy the 1936  Taylor Grazing Act.  In between I’ve kept myself busy with numerous corporate promotional and marketing writing jobs through a company called Writers, Ink., which I started with my partner, Jim Lane, in 2009. 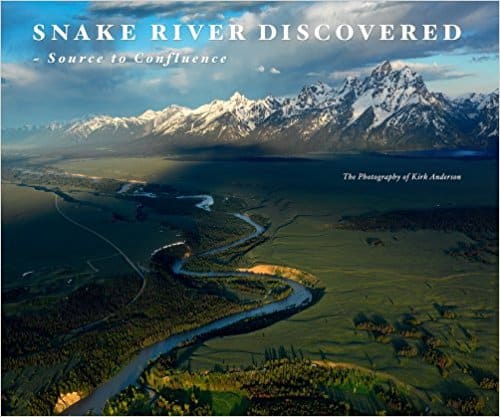 My earliest author heros were Mark Twain and Charles Dickens, but there have been literally hundreds since.  I think it’s very important for writers to read, and read a lot.  It’s like practicing a musical instrument—first you do it with other people’s music, then you create your own.  I’ve always been fascinated with the craft of stringing words together to tell a compelling story.  It can be as intricate or as simplistic as the story requires, but in the end, if you’re able to touch even one other person, you’ve been successful.

3. As an Idaho resident, what do you most enjoy about living here?

I’ve lived in Idaho since I was two years old, so I’m a little biased, but I think it’s a fantastic place to live.  Boise was much smaller when I was in school, and I grew up wanting nothing more than to get out and make my way in the greater world.  I’ve been fortunate that my writing and film work has allowed me to spend a lot of time in many other parts of the world, from Europe to the Far East, but through all my great experiences, I’ve never found a better place to live than right here. 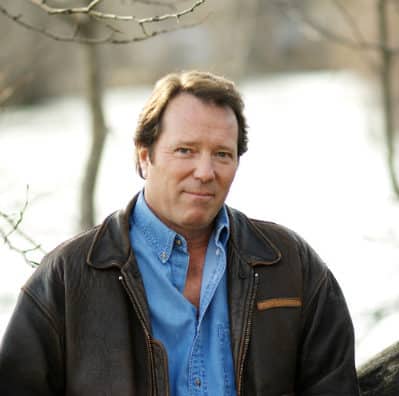 In 2008 I worked with a small group of writers to develop a grass roots organization that would bring writers together to motivate and inspire each other, as well as provide educational and networking opportunities.  In May of 2009, we launched the Idaho Writers Guild, and I served as president of the Board of Directors until 2015.  Being part of the group has made me realize just how diverse and rich writing the Idaho writing community is, and how valuable it is for writers to drag themselves out from behind their computers once in a while and interact with their peers.  The IWG today has over 200 members, and a year-round program of workshops, lunch meetings and an annual writers conference.

5. As a person involved in many creative endeavors what has been your proudest accomplishment to date and why?

Trying to start a professional theater company in Boise during the late 1970s led me back to the works of William Shakespeare, one of the all-time masters of wordplay.  Like most everyone else, I had been required to read him in high school and college, but he never really took for me.  Then, in 1977, I produced A Midsummer Night’s Dream outdoors at One Capitol Center in downtown Boise and experienced a re-awakening.

As I watched audiences young and old, from all walks of life, delight in his complex Old English language I learned that there is a difference in writing to be read, and writing to be spoken out loud.  The experience gave me a new appreciation for the Bard, and a new perspective on my own writing.

The production was so successful we decided to do another one the following summer.  That company, of course, became the Idaho Shakespeare Festival, and Idaho audiences are still delighting to Shakespeare’s bawdy wordplay to this day.

When it comes to writing or critique groups, again, I just haven’t had the time.  And I’ve always considered myself a pretty good editor, but I fully believe in the value of another set, or sets, of eyes.  I’m always amazed at what I’ve missed.  If I have a leaky roof, I don’t try and fix it myself, I hire a professional.  The same is true for my work.  It’s one good reason why Writers, Ink. has worked so well.  My partner and I both work on every piece of writing that comes out of the company. 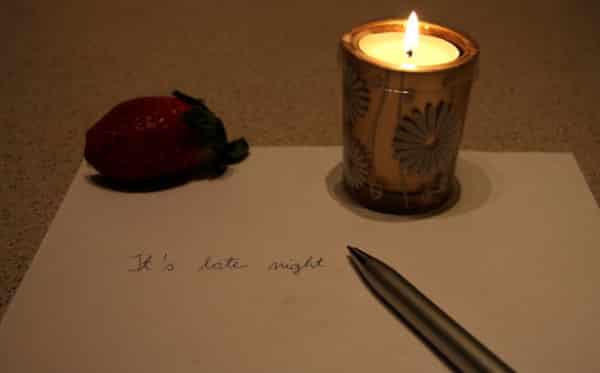 My professional writing career began with feature screenplays, so the rules of publishing don’t really apply.  They either get made into movies or not.  My first book, With Our Good Will – Thirty Years of Shakespeare in Idaho, was published by Caxton Press, while Snake River Discovered was self-published by Kirk Anderson, the photographer.  The bulk of my career has been as a writer/director for hire.  In that instance, publishing is replaced by a paycheck.  With my upcoming novel, I’m starting out looking for an agent and going the traditional route.  Fortunately, the IWG has provided area writers with excellent connections to several through its annual writers conference.  These days, e-publishing is always an option, but it’s very time-consuming, even when you hire professionals to do the actual formatting, covers, etc. for you.

The one thing any writer needs to know, if they don’t already, is that, even in traditional publishing, marketing your book is up to you.  Sure, there are marketing firms out there who will be happy to promote books, but they can be expensive.  In fact, everything we’ve talked about, from editing to formatting to covers to marketing, can be bought and paid for, if you don’t want to do it for yourself.  The way I see it, authors have a choice: spend your own time and energy learning how to publish and market your books, in which case you’re not spending that time writing, or hire someone else to do it, in which case you’re spending a hefty percentage of your potential book sales up front.  It’s not so much a good-news-bad-news scenario as it is a personal choice.  There are plenty of authors thriving in either process. 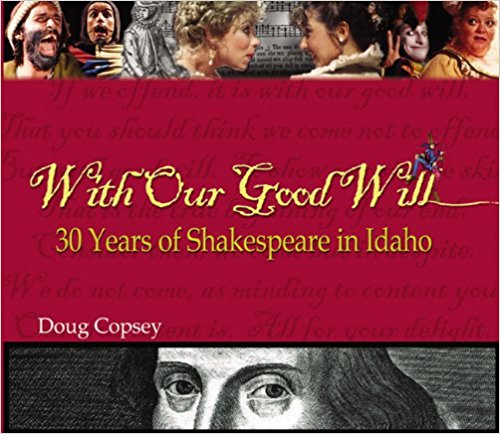 As I write this, I am polishing the first draft of a novel titled, Loose Ends.  It’s a murder mystery about Will Hickock, a young man returning home after a decade as an Army Ranger hoping to ease back into the small, Idaho mountain town he grew up in like a comfortable pair of slippers.  Once a dying mining town, it has reinvented itself as a mountain bike resort.  As he struggles to adapt, the retired sheriff who was his mentor and surrogate father growing up is murdered, and Will finds himself the number one suspect in the eyes of the new sheriff, with whom he has a long, unhappy history.

I’m hoping to do a series of Will Hickock books.  I also have plans to pull my first novel out of the drawer.  It received some very nice comments from agents and publishers when I first put it out, but they all rejected it because it was way too long.  I tried cutting, but I was too close, so I put it away for a while.  And then there is my stack of screenplays that were never produced, all stories waiting to be novelized.  Now all I need is time.

10. Is there anything else you want your potential readers to know? What passions drive your life?

I’ve been a freelance writer/filmmaker for over 40 years, supplemented by my acting voiceover work, and I’ve been fortunate to have worked pretty steadily all that time.  Out of necessity, paying work has always taken priority over what I call my “fun” work—screenplays and novels, but as I said earlier, I’ve always loved playing with words.  Just being able to do that, whatever the job at hand, has made me a very happy camper throughout my career. The other side of that coin is my acting and voiceover work, which has allowed me to play with the words of others, whether on a theater stage or in a recording studio.

#WriteTip: My first rule of writing is get your butt in the chair. Doug Copsey
Powered By the Tweet This Plugin

You can connect with Doug Copsey on his productions website.  You can purchase Snake River Discovered: Source to Confluence and With Our Good Will: 30 Years of Shakespeare in Idaho on Amazon.

Is there anything else you’d like to know about Doug Copsey?

The images used in this post fall under fair use guidelines. Photo Credit: Candle Light Reading 1. Author photo courtesy of Doug Copsey, 2017. Please share responsibly and provide a link to any text or media borrowed from this website. Refer to the Disclaimer and Use of Information page for more details.