Consuelo Roland’s author interview appears as a follow-up to my review of her literary fiction novel The Good Cemetery Guide. It is my pleasure to showcase this talented writer who hails from South Africa.

Giveaway: Two randomly drawn readers who comment on today’s post will receive a free electronic copy of her novel. 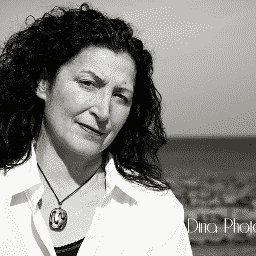 A darkly humorous look at one man’s existential crisis, The Good Cemetery Guide is the story of Anthony Loxton, a 3rd generation funeral parlor director who lives in Kalk Bay, a small fishing seaside town near the Cape of Storms, with his cantankerous mother. Facing the prospect of a bleak dutiful future Anthon finds some relief by living a parallel secretive existence as Tony the Fox, a guitarist who has brief liaisons with women who frequent the town music locales. His two worlds collide when a nubile one-night-stand (Lily) ends up on the funeral parlor bed the day after their late-night encounter.

Anthony pits himself against the unleashed forces of chaos and destruction assisted by a wise-guy skeleton paper puppet who harks from remote, fascinating capsicum-chili Mexico.

Through the intervention of his golden-haired lover the seductive Alexandra (aka Akauba) who has a passion for photographing cemeteries, and Aurora Morningstar who hides a secret, and Grethe Marais who dives with seals, the tormented Anthony discovers that the living are far more tenacious than the dead, and that fulfillment can arise in the most unusual circumstances. 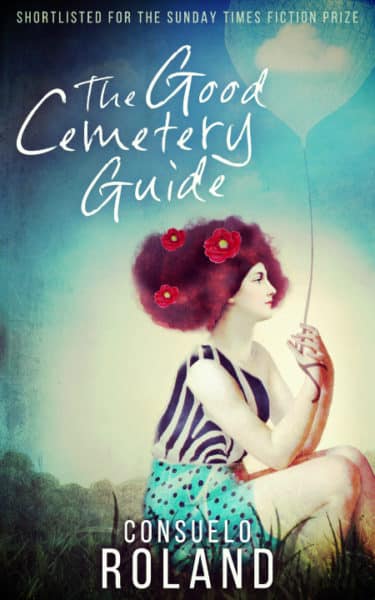 The stories have always found me, clamoring to be told, possessing me.

One night, just before falling asleep and at a crossroads stage of my life, I happened to read the foreword of one of John Irving’s books where he commented that a friend of his had once advised him that he should become a writer because nothing else would ever satisfy him quite as much. It was one of those incendiary light bulb moments. I realized the same was true for me. All those years dedicated to my career in the information technology industry had been a magnificent diversion; I had avoided becoming a writer because it seemed indecent that any ‘work’ from which I would make a living should revolve around something that gave me so much pleasure.

It seems to me that the work of a writer of fiction is to use his or her imagination without fear. It is only in this way that the human condition can be meaningfully explored and endlessly re-interpreted to give us new beginnings, middles and endings.

3. It’s hard to pick just one, but what do you consider your favorite modern novel and why?

The only way I could tackle this question was to ask myself a question: If I could choose to have written one book on my bookshelf which one would it be? Of course this is merely a game, but a serious game nevertheless. For its ferocious vision, its perfect technical execution, its brilliant plot curve and bone-ache-inducing portrayal of flawed humanity my choice would have to be: We Need To Talk About Kevin by Lionel Shriver.

Nobody should be able to write like that. I cannot find a single fault with it. It’s a psychological and philosophical investigation of the human heart and family life that holds us in nail-biting suspense through horrifying twists and turns to its blood-curdling inevitable tragic finale. Like Shriver I want to tell fearless stories about witty intelligent engaged human beings who jump off the page as they face terrifying moral issues in a mysterious and complex universe.

My blog is more a meditation on the art and craft of writing novels in today’s world, than a DIY guide to writing or getting published. What do we aspire to? Why write fiction at all? These are the difficult questions we have to keep asking ourselves.

My debut novel The Good Cemetery Guide was originally traditionally published, but the fiction imprint was dissolved by the parent company. In 2012, after the being given my world rights back, I self-published it as an e-book on Amazon Kindle and Smashwords. It was a practical way of keeping The Good Cemetery Guide in the marketplace, but it also provided an ideal opportunity to start gaining an understanding of what it meant to self-publish. I did the formatting myself (learning to use Microsoft Word styles and text formatting properly nearly killed me) and I commissioned a new book cover with a cover designer I found on the internet. The collaborative cover design process was an intense, difficult, time-consuming, expensive saga that ultimately failed to produce the ‘wow’ cover I had hoped would materialize.

My second novel Lady Limbo was published in 2012 by Jacana Media. It is available on Amazon.com, Barnes & Noble, Sony & Apple, and with South African online and retail distributors. It’s a more layered mystery thriller with an international setting, and the first of the limbo trilogy. It seemed to make sense to publish traditionally. This time round I got lucky with the packaging; Lady Limbo’s cover design, as commissioned by my publisher, is ultra cool. But along with the pros come the cons; important aspects such as a low e-book price, online distribution in all the channels of a global market, online marketing geared at the right readers, all lag behind in the traditional publishing model.

The best thing that ever happened to me was landing on Catherine Ryan Howard’s blog Catherine, Caffeinated when I was hunting for the perfect blog name aligned to a cool, spontaneous-looking authorial identity. It was Catherine (who I don’t know at all, although I feel I do) that gave me the gung-ho courage to go onto social media platforms at all. That gorgeous take-me-home pink typewriter on her blog probably had something to do with it, as well as her witty down-to-earth sane approach to what seemed like Mount Kilimanjaro to climb for someone who didn’t even have a Twitter or Facebook account.

I’m not sure if being on social media has improved my book sales short-term (it seems to me word-of-mouth/ other bloggers blogging about one’s books is more important), but it’s certainly taken me way out of my comfort zone, taught me new ways of working and communicating and launched me on a DIY trajectory I never imagined 18 months ago. The successful bloggers have the big 3 D’s of Success (Desire, Decision, Dedication) in bucketfuIs, and they take a long-range view. In my case it’s opened up opportunities to collaborate and made me more Gracious and less Self-serving (caps intended), and for a socially-inept book-geek that can only be good. Actually, the giving habit is pretty darn cool; sooner or later somebody else’s giving comes your way and all of a sudden you’re grinning at the getting and the universe is working for everybody in a wondrous way.

My online investigations led me to the blog League of Extraordinary Authors which is “a coalition of critically acclaimed authors” – operated by the extraordinarily generous Joni Rodgers who never sleeps judging by how much she gets done. Joni accepted my request for membership after she purchased The Good Cemetery Guide Kindle version on Amazon, read it practically overnight and gave it a resounding vote of confidence with her 5-star review. I was so elated I walked around on cloud nine for days; a New York Times best-selling author and online social media guru liked my novel! Then Joni invited me to participate in a blog promotion and so I had my first lesson in generosity.

And so it goes on. We are not alone. 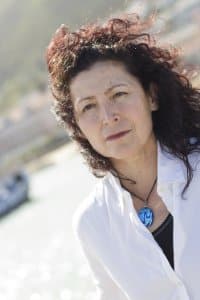 The gift of a diary with a key at the age of ten started me off on the path of self-expression. Later writing poetry was a huge source of relief to me in the years I was in the IT industry; it provided an outlet valve. I attended regular writing workshops at one stage but I find it difficult to write well in a public arena. Eventually I did an MA in Creative Writing at the University of Cape Town which involved writing a novel as my thesis, under supervision. Black Moon Rising (my thesis) morphed into my debut novel The Good Cemetery Guide, published by a local publisher

I don’t know how one ‘learns’ to write. I know that on cold rainy days I write better. Maybe it’s because on cold and rainy days I could be Jack London in a remote log cabin in Canada. Sometimes I won’t recognize a story piece the next day – as if an independent agent had instructed my two fingers on the keyboard. I know that sometimes a passage of dialogue will improve with endless repetition, and sometimes the first take is the best. I know that to get a story out is to suffer from an obsessive compulsive disorder.

I get the writing done whenever I have time, fitting it around contract work deadlines and family life. I’m totally disciplined when I get long periods of uninterrupted time (the cold and raining bit); I can sit for 12 hours stretches, days at a time. I find it harder to write when I’m constantly interrupted by real life, and often I lose the story’s thread entirely, but as soon as I can I get lost in the work again.

With The Good Cemetery Guide I worked with a fantastic mentor on the MA program, and then later with an excellent editor provided by the publishers, so it was a relatively smooth editing process. Lady Limbo took several years to get written, with some major rewrites. At a crucial point (do I give up on this novel?) I found an editor who played a more empathetic and advisory role, paying attention to the wider story arc and giving me high-level suggestions around structural cohesiveness, reader accessibility and genre. For instance, was I writing literary fiction, or a fast-paced thriller? I was assuming rather too much it seemed. The reader wasn’t psychic apparently!

Writing the other two volumes in the limbo trilogy is my first immediate priority. After that I have an idea for a never-been-done-before apocalyptic novel, a feminist science-fiction novel a la Angela Carter and a horse-farm socio-political novel (every South African writer has one farm novel in them). Not necessarily in that order and quite possibly interrupted by another dramatic story that won’t wait.

Both novels contain animals and a touch of mysticism. I don’t believe it’s coincidental.

You can connect with Consuelo on her website and blog. Please take a moment to visit her books on Amazon.

Is there anything else you’d like to know about Consuelo Roland?