If you are a connoisseur of well-crafted engaging prose look no further. I’m so glad Ashok Rajamani contacted me for an author interview, and once you read his responses regarding his memoir and writing life, I’m sure you’ll be drawn to his work as well. 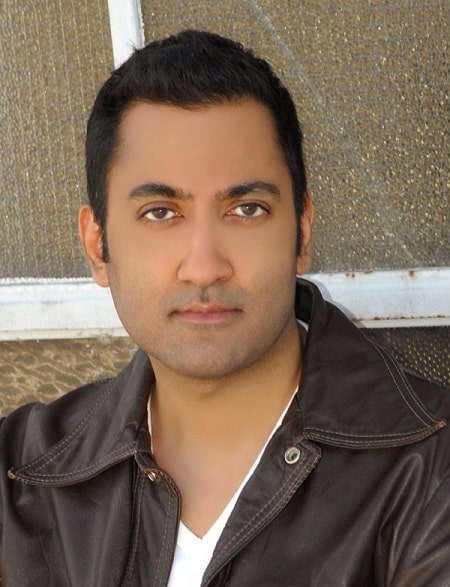 After a full-throttle brain bleed at the age of twenty-five, Ashok Rajamani, a first-generation Indian American, had to relearn everything: how to eat, how to walk and to speak, even things as basic as his sexual orientation. With humor and insight, he describes the events of that day (his brain exploded just before his brother’s wedding!), as well as the long, difficult recovery period. In the process, he introduces readers to his family—his principal support group, as well as a constant source of frustration and amazement. Irreverent, coruscating, angry, at times shocking, but always revelatory, his memoir takes the reader into unfamiliar territory, much like the experience Alice had when she fell down the rabbit hole.

More than a decade later he has finally reestablished a productive artistic life for himself, still dealing with the effects of his injury—life-long half-blindness and epilepsy— but forging ahead as a survivor dedicated to helping others who have suffered a similar catastrophe. 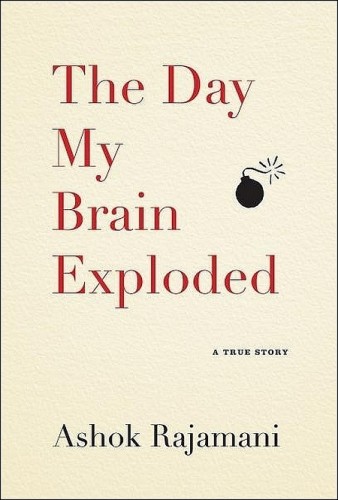 One of my favorite sayings is “Nothing is Shocking; everything is shocking.” This has definitely been the case in my life, and I suppose this is the anthem behind my writings. As the common phrase goes, we “expect the unexpected” in our lives. However, we are still astounded by what the unexpected may bring. I am inspired by this consistent opposition – and this is why I write. I want to create worlds which might be amazingly unfamiliar but are nonetheless entirely familiar. After all, this is the basis of my memoir “The Day My Brain Exploded.” It is a personal story of a journey that few endure – losing pieces of your brain from a time-bomb inside your cranium is not quite common. But the struggle for survival IS. While readers may (or may not) find my life experience different than theirs, they will relate to the desire to survive, and the desire to conquer challenges which are bigger than they are.

Before I mention the name of the best book ever, I have to state there is not just one writer who inspires me. There are many, all of whom have been able to mix angst with humor. My memoir never gets too mawkish; laughter is stronger than sorrow. Tears of joy carry more power than tears of pain, so I adore poets, novelists, and memoirists who understand the importance of incorporating comedy into drama. Faves include the following writers: David Sedaris, Augusten Burroughs, Louis Sachar, T.S. Eliot, Vladimir Nabokov, and Herodotus. On a grander scale, you can’t beat the fictional or non-fictional Vyasa, the mythical wordsmith credited for writing the greatest poem ever made: The Mahabharata.

That said, my all-time favorite novel is a masterpiece which conflates politics, family, religion, love, and revolution into one symphonic eruption: Geek Love by Katherine Dunn. The book is a sprawling, epic, complicated, and ultimately triumphant tale of a carnival-freak family’s odyssey, in which birth defects are not defects, but are, instead, delicious virtues.

I was a Brown Hindu scrawny redneck geek from an evangelical corn-fed cornfield in small-town Illinois. There was nothing inconspicuous about me. So, although technically I was one of the Children of the Corn, I looked more like one of the Children of the Curry. I have always felt segregated from the “norm, ” and have thus always been drawn to tales of outcasts, freaks, oddities, and outsiders. I suppose my severe post-hemorrhage brain damage, bisected blindness, seizure disorder, distorted hearing, transient amnesia, backward-language speech comprehension, and metal in my skull don’t help my possibility of being normal either. For these reasons alone, Geek Love rocks my world.

My official site Ashok Rajamani houses my blog, which provides book news, events, and more. It also lets you know more about me: In addition to being a writer, I’m also a poet, artist, former host of brain injury radio, and brain injury awareness advocate. So folks can discover more of my prose, poetry, radio shows, gallery of my art, and information on brain injury, blindness, as well all the other dysmorphic perversities that can happen within one’s skull. My writings, which are featured in the site, have appeared in dozens of publications such as The Atlantic and Pulp Metal Magazine.

I am traditionally published by Algonquin Books, but I didn’t use a literary agent. I sold it myself. To my fellow writers: trust me, you don’t need an agent to get your book out into the world – even in traditional publishing. No matter what you’ve been told. Don’t let rejections from literary agents get you down. Sometimes it seems that they like to reject writers just for the sake of it – which does nothing but make the writer feel bad, and even worse, make the writer give up.

Stay true to your vision. Don’t let agents shove you into self-defeat.

I repeat: you don’t need an agent. This might sound blasphemous, but it’s the truth.

This is the number one tip, which I tell to every writer out there: BE FEARLESS.

Find names of producers, journalists, reporters, celebrities. Use Facebook, Twitter, Linkedin, or any social media if need be. When you get their names, email them the best pitch letters you possibly can. Send books, reviews, and even merchandise if you have any. The main goal is to get your book into their hands. If it’s good enough, they’ll come-a-knocking. And word will spread. And you will become known. Once again , you can do this yourself, without any publicist or marketing maven. Be fearless.

I received my Journalism degree, magna cum laude, from New York University. There were two routes that the students could take, either straight news reporting or cultural criticism with feature writing. We were all forced to take classes in mandatory news reporting. It was then that I realized I was no reporter. We had to write structurally and clinically, with no creativity or swirls or twists or analysis involved. So I failed miserably as a newspaper guy. If an assignment was to write about a police drug bust on some street corner, I would end up writing about why the cop wanted to do the drug bust in the first place. That’s when I learned that was not the type of journalist I was meant to be. When I graduated, I stayed in the world of journalism and media, working in publicity, writing press releases and doing work like that. Never in my life did I think I would write books, let alone a memoir.

Then my brain exploded.

And I survived. I knew I had to do something with this gift of living after dying, and so I decided to write about my journey past death. I knew I needed to write about an experience that needed to be revealed. Not enough brain injury survivors have the full capacity to document their journeys. But I could still function at a level which allowed me to do so. So I had a duty to write this book. 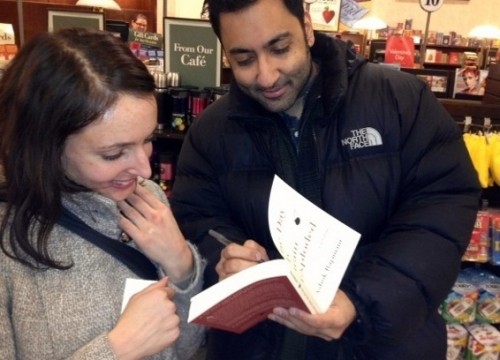 My writing activity, when it concerns my books, is a very solitary affair. I do have a small writers group (4 members) where we primarily do prompts and critique weekly. The group is delightful for keeping a writing discipline and helping finesse my skills. They help me edit my work. I will admit that one thing helps me out as I write: the Game Show Network! I constantly have that playing in the background as I write. Old reruns – especially old Jeopardy episodes – get the juices flowing. I dig Trebek’s old-school mustache. I’m still angry that he shaved it off. I also enjoy Match Game 1974. For some reason, the voice of Charles Nelson Reilly soothes me.

My follow-up to The Day My Brain Exploded is a novel entitled If These Saris Could Talk, and it is a fun, frothy semi-true collection of hidden stories about the crazy, somewhat deranged, unconventional, hysterical, fierce women in my family – both in India and America. And all these secrets are divulged by a woman who could only be described as a psychotic sienna Auntie Mame. The book continues in the same vein of edgy, dark comedy presented in my memoir – although this time, nobody has a brain hemorrhage.

Milf-Lit at its finest. It should be coming out sometime next year.

The book is my memoir, so it pretty much tells everything and more — including some risque stuff. Let’s just say orgasms are involved. But that’s all I’ll disclose.

Have to leave some surprises for those who don’t know yet.

You can connect with Ashok Rajamani via his website. The Day My Brain Exploded is available via Amazon and other book retailers.