Today’s author interview introduces you to Albert Henderson, who co-authored a biography of sculptor Edmonia Lewis with his father Harry Henderson. I was delighted earlier to write a review of the work. It’s always refreshing to read about the contributions made by previously overlooked artists have made to their respective fields, not to mention the care taken with all the research required for this book was indeed impressive.

In the course of preparing our book The Indomitable Spirit of Edmonia Lewis, A Narrative Biography, I came to think of her as “an artist at war,” an inspiring hero who chose her battles well, confronted great cultural obstacles, and recovered from every reversal. As a biracial African-American child raised by Roman Catholic Indians, she was an “outsider” from the start. She invaded the WASP establishment at a time and place where her color attracted sympathy, but she found herself betrayed by class-obsessed mentors. As an adult, she modestly – but unrelentingly – defied convention in spite of insults, physical threats, and other attempts to humiliate her as she shuttled between Rome and America.

She was defensive, even secretive, in her interviews and relationships. Although she wrote to her brother often, no private confidences have survived. Thus we dwelt on what she did and how people received her. Based on our findings, we came to a fresh look at her life and art in terms of how she helped shape today’s world as the first “colored sculptor.” Revealing the 100-year-old mystery of her final days and more essential facts and sources than ever before collected and published, our book runs more than 100,000 words, with over 50 illustrations (12 in color), 800 hyperlinked notes, a bibliography, and a catalog of more than 100 works with notes on more than twenty museums that collect her work. I emphasize the hyperlinked notes because so many digital editions of printed research lack any substitute for a finger stuck in the endnotes. 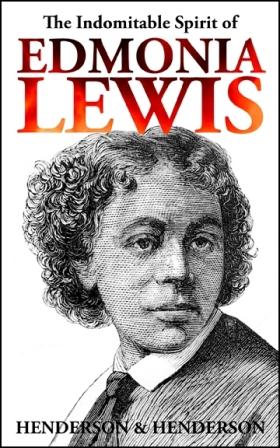 I guess I have printer’s ink in my blood. Both my parents were journalists. My father freelanced for mass-market magazines like Colliers, reported medical news, and co-wrote books in art history, pop psychology, and current affairs. My mother was an
editor at Readers’ Digest.

I started writing letters to newspapers while in high school and then won an essay contest. Much later I got involved in writing about the conflict between the ideals of science and financial aims of university management (think Ike’s Farewell Address) that threaten our great research libraries.

I inherited this biography from my father, which is why he is listed first as author. His interest in Edmonia Lewis inspired me to finish what he and his late writing partner, Romare Bearden, had started decades earlier.

The best stories tell of people breaking rules, driven by impulse and events beyond their control. I’m a little obsessive and a non-conformist myself. So it’s good to consider what being ornery and single-minded can mean. Some roles are self-destructive or saintly, others change the world for better or worse. As a favorite, Moby Dick may be considered trite by some, but only because so many writers have tried to emulate its dark power. 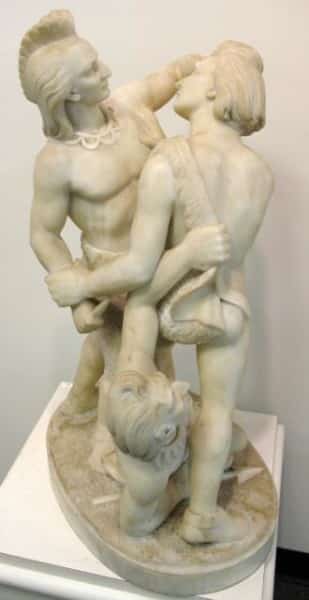 In 2005, I established a free Edmonia Lewis website. Beginning with a page of chronology and a page of links to current events, such as auctions, shows, and museums, it now also includes documents, maps, bibliography, and other “Edmoniana.” It receives close to 30 thousand visits a year, and I regularly receive compliments from visitors.

My blog, Searching for Edmonia Lewis, is the most recent addition to the web site. It extends the book with comments, addenda, and material that didn’t fit neatly into the biography format, such as lines of research that might be followed (or discarded based on my experience) by others, digressions, comments about ebooks, news, and soon.

Most of my writing appears under well-established imprints. The decision to self-publish the biography of Edmonia Lewis was largely financial. I was frustrated by a proposed university press contract that paid no royalties on the first two thousand copies sold (i.e. well beyond its standing orders) and contributed not a dime of advance to help with thousands of dollars of copyright permissions (for about50 images) in spite of very positive referee reports. The editors didn’t return my phone calls.

On the other hand, I have publishing skills developed over decades as editor and publisher. Every university press expects its authors to take the lead in marketing. Why should I work for nothing? “No man but a blockhead,” according to Samuel Johnson, “ever wrote, except for money.”

The clincher, of course, was the growth of the Internet. We are living with an economic tide that reduced the footage of booksellers’ shelves – emasculating traditional publishers in the process – and a new distribution capacity via millions of Kindle, iPad, PCs, etc. The idea that I could produce a 35-dollar book and sell it for ten, with minimal investment and without a huge overhead, became irresistible.

The chance to pioneer in publishing also excited me. The native e-book format also offers wonderful features that will surely make the codex obsolete in this century for biographies and other types of non-fiction. I would like to think my product will pave the way for others. 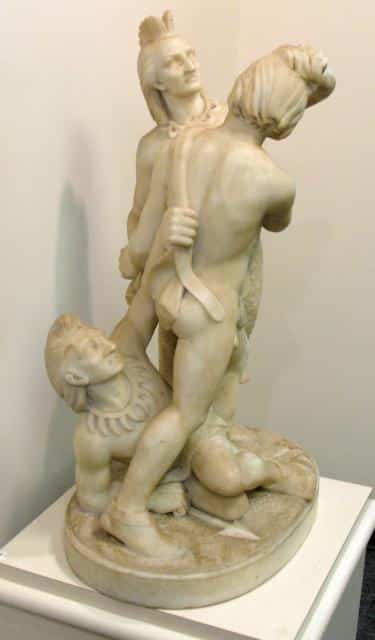 I have marketed hundreds of nonfiction books. The process begins by defining your audience segments in terms of behavior and interest. Publishers often use an ‘author questionnaire’ to make lists of periodicals, associations, reviewers, columnists, etc., that reach their niche-target readers. As a publisher, you must also study the habits of back-office operators. Identify library buyers, booksellers, reviewers, etc. How do they select books like yours? Tailor your approaches. Keep records. Measure, if you can, the comparative effectiveness of each effort. Then refine your approaches. See what others are doing to reach these segments and adopt, adapt, or simply swipe their ideas.

I have a bachelors degree in music theory. My limited writing skills came from listening to my parents and their friends tell stories, my own reading, editing, and the practice of rewriting my own work. 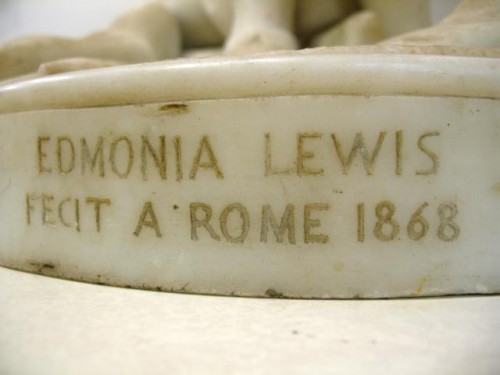 I usually keep my own counsel. With the biography, I engaged quite a few advisors who gave me excellent comments – more on the research than on the writing. New historical discoveries that emerged during the process forced me to rewrite than I had imagined when I started. At the final stages, I also benefited from great advice from my brilliant sister-in-law, a published author in an unrelated field, on phraseology and syntax. PS. I also keep the latest Chicago Manual and Gardner’s Modern American Usage handy.

I am preparing two supplements to the biography of Edmonia Lewis and looking for other properties on related topics. 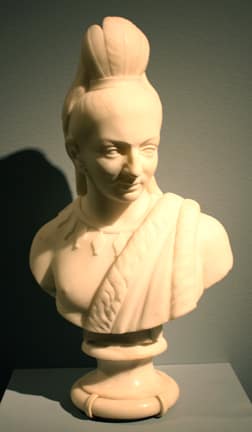 As an ‘indie’ writer/publisher, I found the subject of my biography inspirational beyond the obvious issues. She went to Oberlin College as “Mary E Lewis” and left as “Edmonia Lewis.” I often feel blessed that she chose this particular name as she came of age. It is unique and ideal for 21st-century database and full-text searching. Had she remained “Mary Lewis,” much of her life would remain unknown to us. It was such a brilliant move, I spent considerable effort trying to figure out why and how she chose “Edmonia.”

Googling myself, I found I share my name with an actor, a musician, the namesake of a boulevard in Savannah GA, and so on. It is too late in life (I’m 74) for me to change my name to something unique. I would just like to pass along the wisdom of a unique handle for anyone interested in having a belated legacy. Don’t wait. Start early.

“I guess I have printer’s ink in my blood.” @andthatrhymeswi Edmonia Lewis #Artist #Biography
Powered By the Tweet This Plugin

You can connect with Al and his social media accounts via his website.

Is there anything else you would like to know about Albert Henderson?