All Hallows Read: Give a Scary Book to Somebody

Candy is nice on Halloween, but scary books are better. Right? Okay, so maybe you don’t want to be the neighbor pegged as giving books to trick-or-treaters. After all, I certainly avoided the apple-giving and floss-pushing houses like the plague. On my worst years, my friend and I smashed jack-o-lanterns in retaliation. But why not give a frightening book, or two, or three to a few people in your life in honor of Halloween? This clever tactic to promote reading and authors is the brainchild of author Neil Gaiman.

I’ve already surprised a handful of people with scary books, and I hope you will do the same. To make matters a bit easier, I’d like to recommend a few eBook titles to help kickstart your hunt for spine-tingling reads. You can also tweet about your gift by using the hashtag #AllHallowsRead. The book you give can be second-hand, print or electronic, long or short. Just make it a scary one!

JeriWB’s Recommendations for All Hallows Read 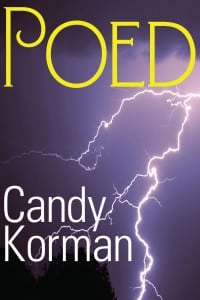 In Poed by Candy Korman you’re invited to spend the night in The Usher Institute for the Study of Criminal Psychopathology. In POED, the clinic’s director takes the reader inside a contemporary version of Edgar Allan Poe’s dark and twisted world. The Usher, an exclusive clinic housing the most heinous killers in New York City, prides itself on burying the deadliest secrets of the city’s most prominent families.

This original Gothic tale of horror is an homage to some of Poe’s most famous stories including —The Cask of Amontillado, The Black Cat, The Oval Portrait and more.

*Candy recommends The Vintage Egg by A. C. Flory and 13 British Horror Stories by Rayne Hall. 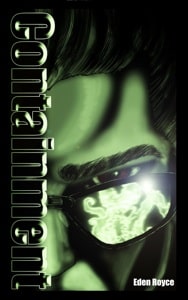 Eden Royce’s Containment shows how life is different among the dead.

They are kept in chambers, their energy used to feed the City’s voracious appetite for fuel now that traditional sources are long gone. These grisly fuel cells are kept watch over by Feast, a devil-human hybrid whose recent run-ins with the City leave him questioning its authority.

When he is needed to bring in one of the most dangerous creatures for containment, Feast is faced with a decision that may make him the next power source. 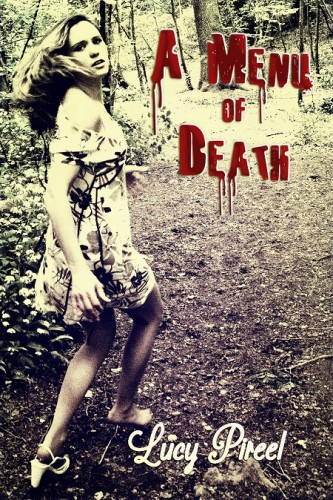 A Menu of Death from Lucy Pireel promises that underneath the veneer of humanity lies a darkness. A Menu of Death is a collection of eight short stories that explore what is hidden.

Would you do what it takes to obtain your darkest desires?

A Menu of Death will take you on a blood-curdling journey that you may not survive.

Finally, consider my Popular Poe Stories in Plain English.  A man with murderous intentions lures an enemy into his cellar with a false promise in “The Cask of Amontillado” An uninvited guest arrives at a fancy party held during the Plague in “The Masque of the Red Death.” An artist ignores the health of his subject while capturing her likeness on canvas in “The Oval Portrait.” A prisoner endures extreme torture in “The Pit and the Pendulum.” Finally, a man guilty of murder lets paranoia get the best of him as he tries to convince the reader of his sanity in “The Tell-Tale Heart.”

So do the right thing and gift a creepy book to somebody this Halloween!

What is the best or most surprising book you’ve ever received as a gift?